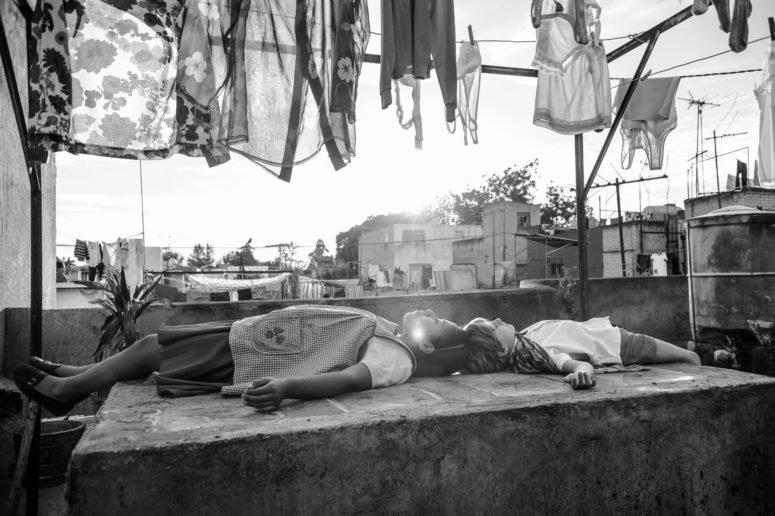 One might expect a foreign-language film shot in black and white to have a minimalist soundtrack. But that’s not the case for Roma — an autobiographical film from Oscar-winning director Alfonso Cuarón. Sure, there’s no film score but in its place is a rich tapestry of environmental sound that fortifies the monochromatic visuals — much like how the sounds of our own daily experiences act as the soundtrack for our lives.

If you’re mentally hearing a static bed of ambience cradling the dialogue that’s front and center, well, it’s not that either. There are stories happening in the world off-screen, other lives being lived that exist parallel to or intersect with the lives of Roma’s central characters. There’s a world of barking dogs and delivery trucks. A traveling knife grinder toots his whistle down the residential street and a practicing marching band parades by. The sidewalk in front of the cinema is thick with vendors crying their wares. Music from car radios and TV broadcasts pour from open doors and windows. Even if these sounds aren’t integral to the plot, they’re important for recreating the reality of Cuarón’s childhood. “Alfonso likes to add to the reality and do everything to make the movie realistic and convincing, to give the audience an opportunity to be more deeply involved in the film. We have a super-realistic sound effects track that is — like in Gravity — constantly moving all around the speakers to follow the source,” says Oscar-winning re-recording mixer Skip Lievsay, who handled dialogue and source music while re-recording mixer Craig Henighan focused on the effects. 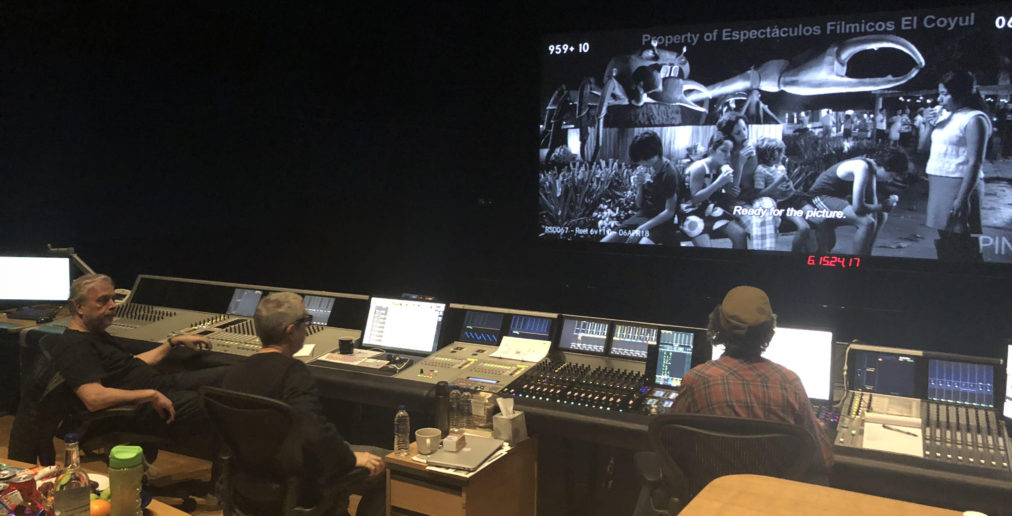 Roma, nominated for 10 Academy Awards including Outstanding Sound Mixing, was mixed for eight weeks in the UK at Pinewood Studios. Additional mixing was done at the Deluxe Hollywood Theater on Seward Street in Hollywood, CA.

In his pursuit of realism, Cuarón chose to forgo the use of a traditional script. The actors were given the framework of what was happening in the scene, but the dialogue wasn’t strictly scripted, reports Kristopher Tapley in his story “Alfonso Cuarón on the Painful and Poetic Backstory Behind ‘Roma’” for Variety.  Additionally, the film was shot in chronological order, so the actors react to what’s happening and the story unfolds.

Utilizing the Dolby Atmos surround field, Lievsay pushes the dialogue even further into reality by panning it to match the action. In a traditional surround mix, the dialogue is kept in the center channel. In reality, though, dialogue isn’t always coming at you that way. “We decided to pan all of the conversations — pan the main dialogue, pan the background dialogue, and pan the mid-field dialogue,” says Henighan. Naturally, they had to pan all the Foley, all the atmospheres, and other effects too. “We wanted to move everything around the theater as much as possible.”

The film was mixed natively in Atmos. This was Cuarón’s intention from the start. As an early adopter of Atmos — having explored the format’s potential while mixing Gravity with Lievsay, Niv Adiri,
Christopher Benstead, and Chris Munro — Cuarón knew “the immersiveness that Atmos could lend to a film, a deeper more immersive soundfield versus 5.1 or 7.1,” says Henighan. 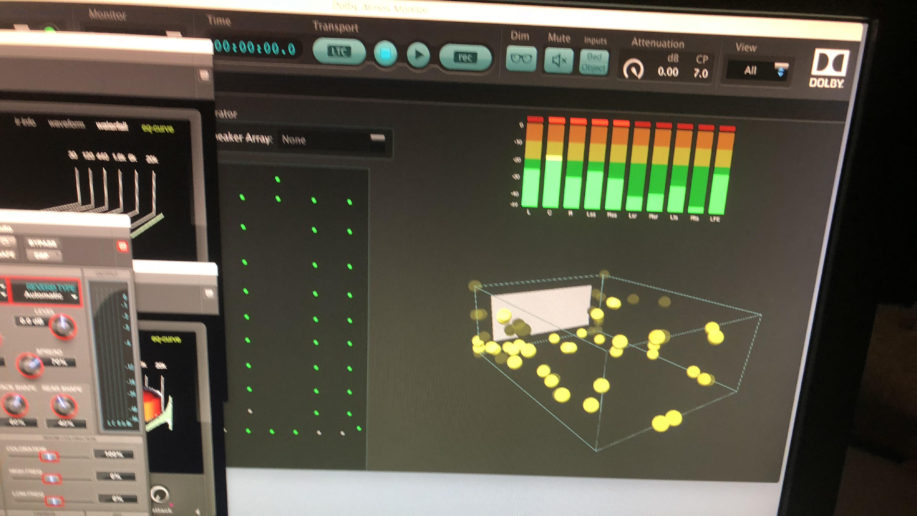 The Atmos surround field provided space for the atmospheres, ambiences, and quieter sounds of Mexico City to breathe and feel natural, to feel vibrant without being overwhelming or intrusive in moments when they weren’t specifically intended to be. “Atmos was that extra step into complete immersion and that was the goal, to make this film as completely immersive as possible. We use sound to extend the visual, to take the world that Alfonso created visually and put it around the audience. Cars are always going by. People are walking by and conversations are happening. He wanted it to be like life,” says Henighan. 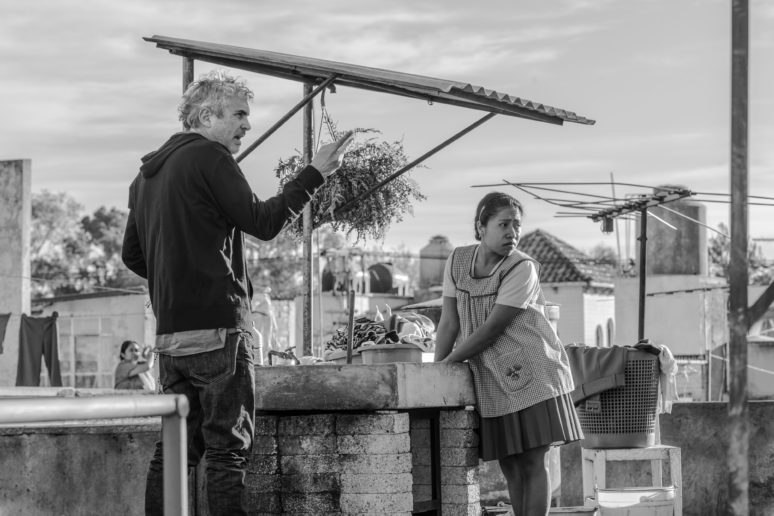 Supervising sound editor/sound designer Sergio Diaz spent nearly a year collecting sounds in Mexico City. He and his crew traveled to all the locations in the film and recorded natural sound, ambiences, and specific effects. Production sound mixer José Antonio García also recorded wild sounds on set. “The whole idea was to have as many authentic sounds from that era [the 1970’s]that we could play with in the Atmos format,” says Henighan.

In the mix, Lievsay, Diaz, and Henighan made initial decisions for sound placement by painting in layers. First they’d place the dialogue followed by ambiences, sound effects, and Foley. 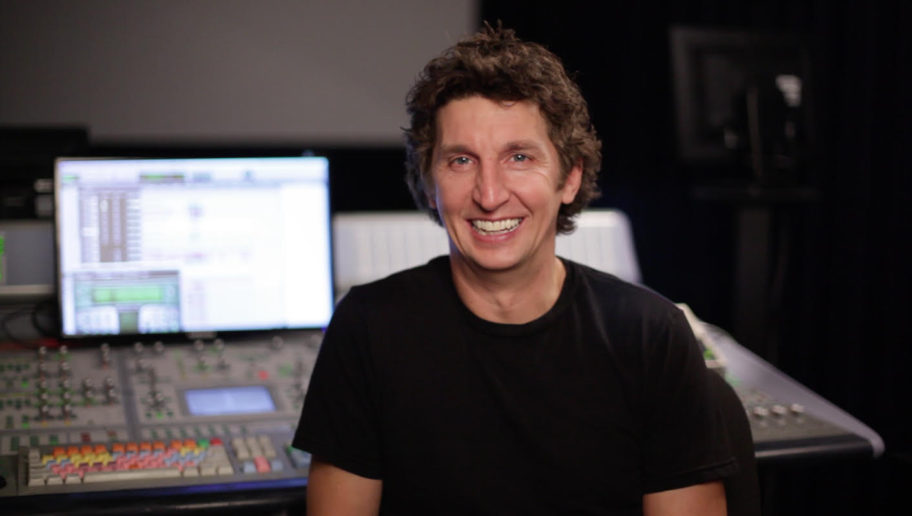 The placement and panning of sounds at the main residence in the film helped to orient the audience to the layout of the location. On the dub stage, they had blueprints of what the house looked like so they knew where the driveway was and where the little courtyard was and where the streets were. They paid attention to how it would sound when a car drove by, or how it would sound if Cleo (Yalitza Aparicio) was walking from the kitchen to the dining room and then upstairs.  Henighan adds, “Outside, on the right side of the house, we have Borras the family dog. In the movie, you’ll hear lots of different types of dogs barking. You hear this call and response of dogs, where one dog will start barking on the left side of the theater and then on the right side of the theater I’d have the response. The call and response of dogs happens a lot and that’s part of what Alfonso remembers growing up.” 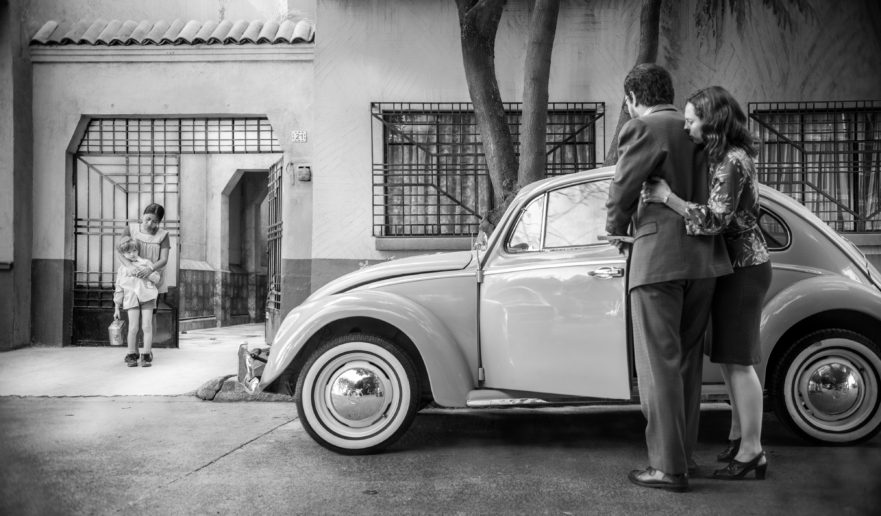 Another directive for the mix was to emphasize the hard picture edits that Cuarón favors. “We hear the cuts to new spaces and new points of view. We tried to make that feel as natural as possible while trying to orient the viewer to where they’re at in the space on screen,” says Henighan. Despite all the moving sounds, the hard cuts don’t feel jarring or disorienting.  “It actually works quite well and opened us up to being bolder with the panning. We panned sounds even further off-screen or to wherever the scene called for, making the mix that much more immersive,” attests Henighan. 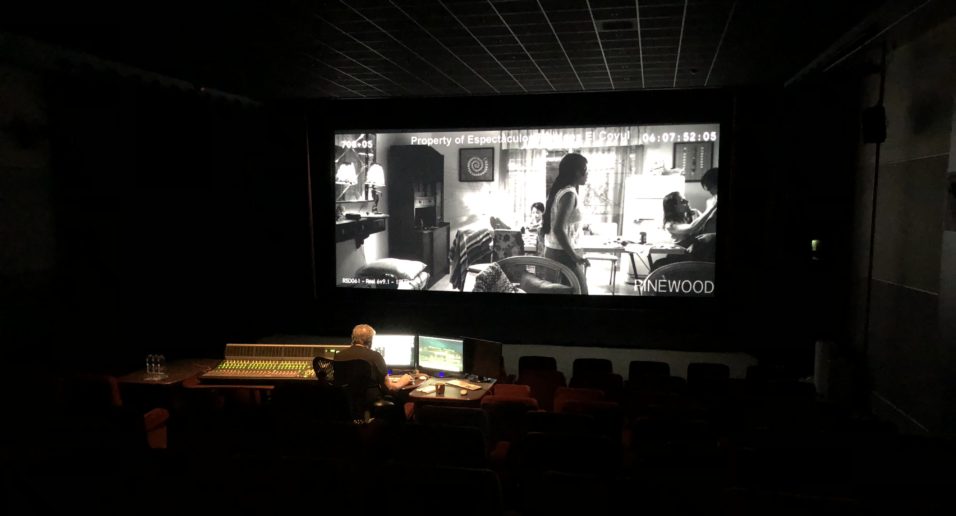 Once the mix team had a sequence in a good place, they’d present their early ideas to Cuarón, who would go over it with them, foot by foot and scene by scene, dissecting the soundtrack.  “Alfonso would say, ‘I like this. Could we maybe move this over here? Let’s make this later. Let’s make this quieter.’ All of these balance and placement and panning preferences stemmed from the four of us and also the picture editor Adam Gough,” Henighan says.

Lievsay adds, “It took a lot of work to get all of those sounds to feel like they were in sync with the image. It became clear to Craig and I that this was something we needed to invest a lot of time in.” 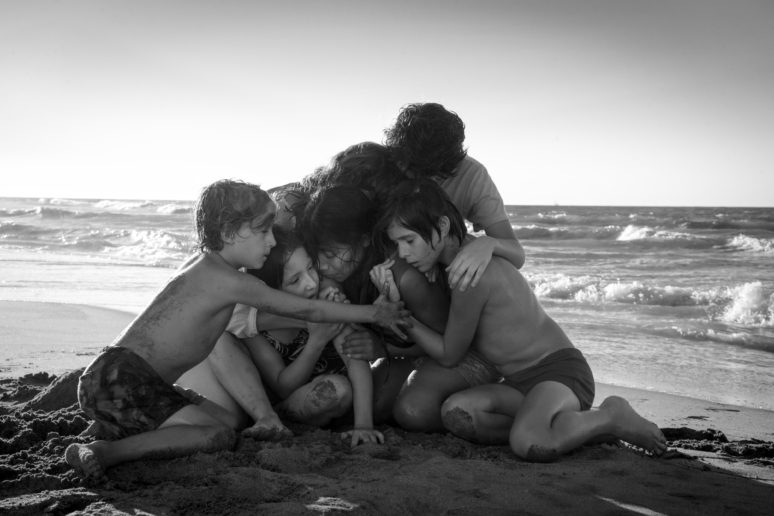 The result is a soundtrack that is more than the sum of its parts. Each layer of sound, whether it’s visualized or acousmatic sound, helps to put the audience in Cuarón’s memory of the past. “These are Alfonso’s memories and they’re very distinct. We were taking all of these ideas and all of his memories and building a mix that helps the story unfold.  We’re balancing the idea of making it real but also making it have dramatic impact. Sometimes the scenes become unnaturally quiet or unnaturally loud. We use the sound in a way that helps the audience engage with the film,” concludes Henighan.