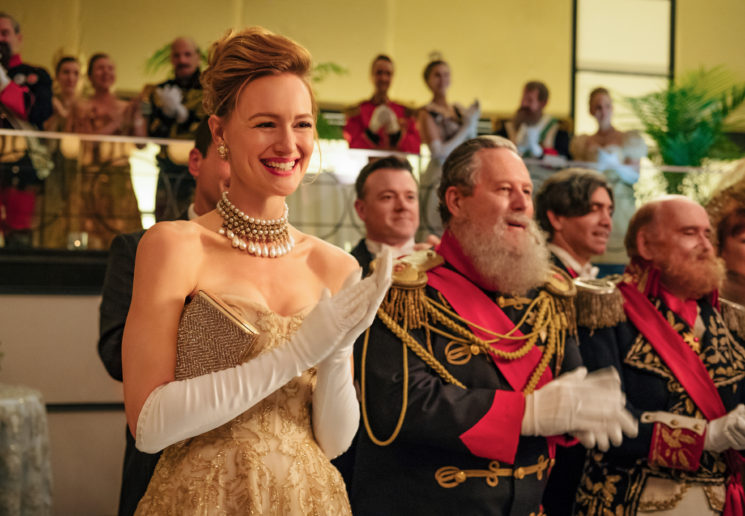 Ever feel like royalty among commoners? Then maybe you can relate to the characters in The Romanoffs, available on Amazon Prime. It’s an eight-part series showing the lives of different people who claim to be descendants of Russia’s Romanov dynasty.  Each episode is treated as if it is a separate feature-length film. The cast, the setting, and even the score — created by Los Angeles-based composing duo Giona Ostinelli and Sonya Belousova — are unique to each episode.

While you may associate Russian royalty with classical music, the musical palette of The Romanoffs actually extends well beyond that category. Sure, there are orchestral ensembles and chamber strings, even a concerto that features a traditional Russian folk instrument called a “domra,” but then there are modern musical influences too, like analog synthesizers. According to Belousova, series showrunner Matthew Weiner was very specific and very particular about the show’s music cues. “We definitely wanted to include some of the Russian influences, especially with me being Russian, but we also wanted to give it a broader perspective,” she attests. 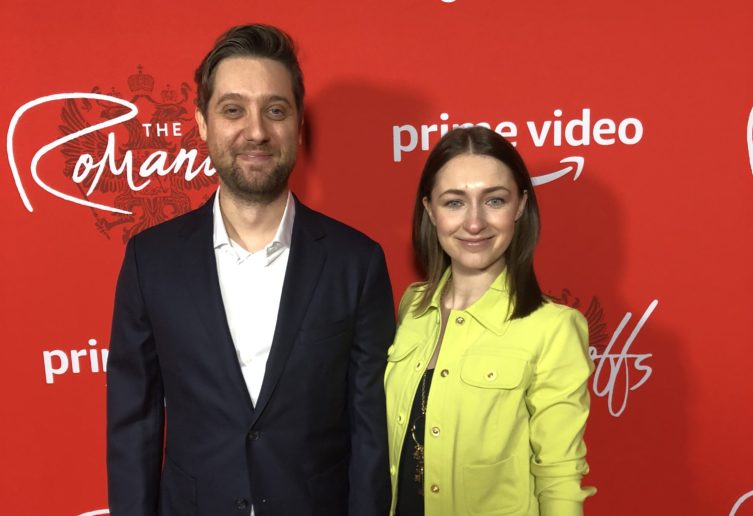 For example, Episode 3 “House of Special Purpose” and the season finale “The One that Holds Everything” are as different musically as they could possibly be. Episode 3 is very eclectic in its musical approach — with big orchestral cues, intimate chamber strings, and virtuoso soloists, a piano concerto that Belousova performed, and the domra concerto — while Episode 8 is very focused on a singular musical theme. “The theme in Episode 8 gets introduced in its entirety in the middle of the episode. So when we were approaching that score, we spent a couple of days writing that music theme and perfecting it. Then when we found it, we were able to go back and plant hints of that theme in every cue,” says Belousova.

Timing-wise, those two episodes were also very different. The composing duo needed to create the variety-packed score for Episode 3 in just a week and a half — that’s writing, recording, mixing, and delivering the final cues to the dub stage in eight days. Belousova says, “It was a crazy timeline. We didn’t have any time to waste. We had to write a lot of music. We spent two or three days writing the score and then we sent the cues back to Matthew for approval. We did several versions before finally going out to record.” 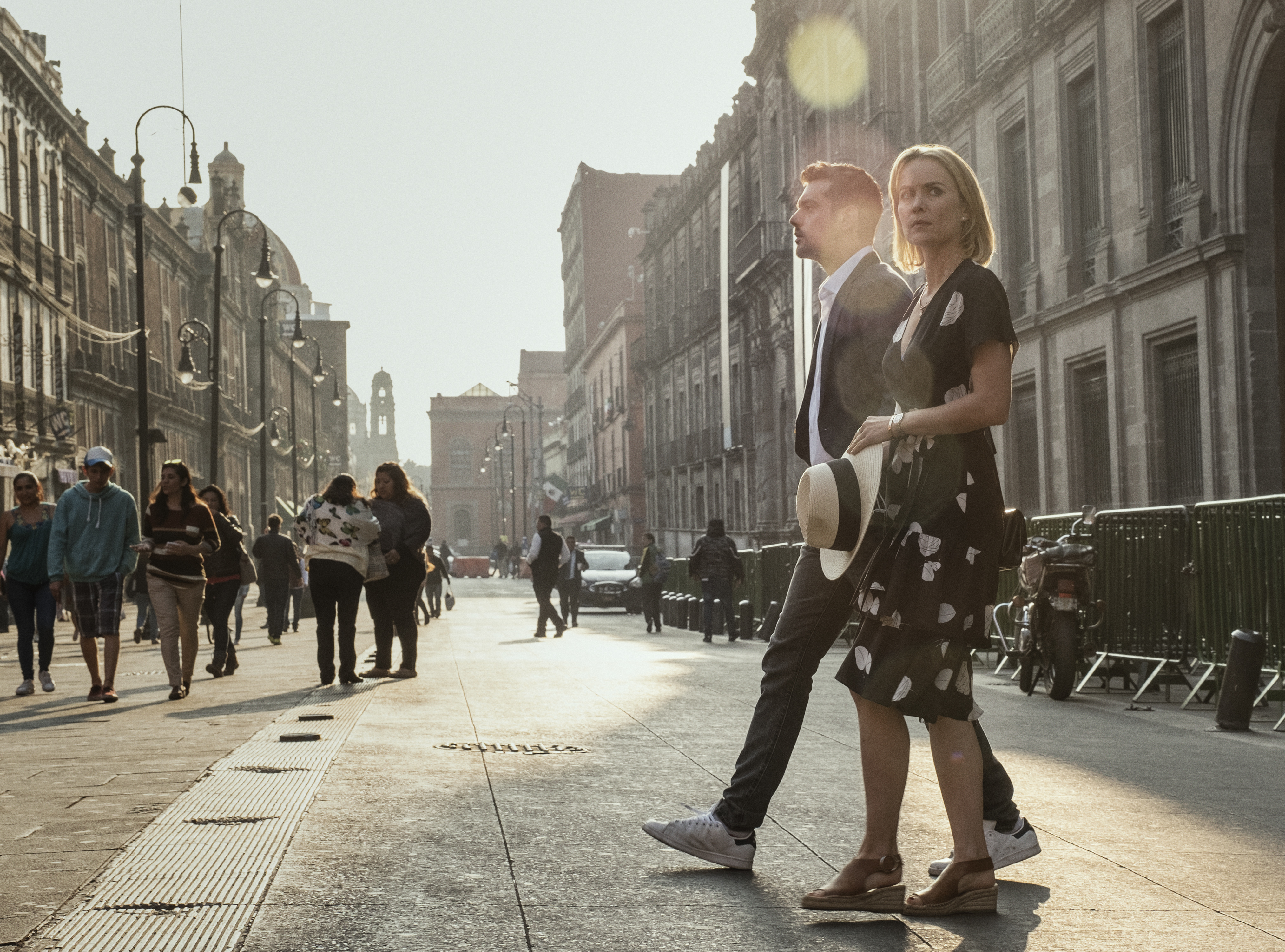 The pace for Episode 8 was more relaxed. Also, the composers didn’t have a spotting session with Weiner, who was out of town at the time. So they conferred with picture editor Christopher Gay and producer Blake McCormick on the musical direction. “Matthew didn’t hear the score on Episode 8 until it was complete. When he heard it he said, ‘Great! Perfect! I love it!’ He even wanted to move the dub mix up a week earlier because he felt the score for the episode was complete,” says Belousova.

Ostinelli and Belousova have been working together since 2014. Their first project was a film called Two-Bit Waltz. Ostinelli needed a virtuoso pianist and so he tapped Belousova. Through their collaboration on the piano cues for Two-Bit Waltz, they discovered a complementary approach to music despite — or perhaps because of — their contrasting musical backgrounds. Belousova spent her formative years earning a Russian classical music education while Ostinelli, who is from Switzerland, spent his playing in various pop and rock bands. “Our music backgrounds are so different, and when you combine them, our music styles complement each other’s very well. We don’t compete with each other so the final result is much more creative,” says Belousova. 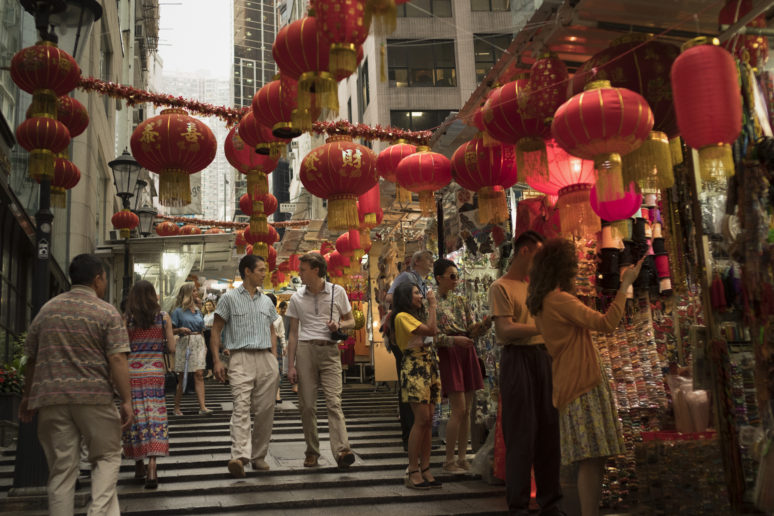 Composing for film and television requires long hours in the studio creating an abundance of cues that can vary widely, instrumentally and stylistically. Collaboration helps to keep the ideas flowing in the right direction. “With two of us in the studio, it’s much more creative. Giona will get an idea and I’ll expand on that with a completely different approach or vice versa. We feed off each other’s enthusiasm and we inspire each other,” says Belousova.

“It’s a great check system,” adds Ostinelli. “I can ask Sonya right away what she thinks of an idea and she can give her feedback. We know immediately when something works or doesn’t work because we’re honest with each other.” 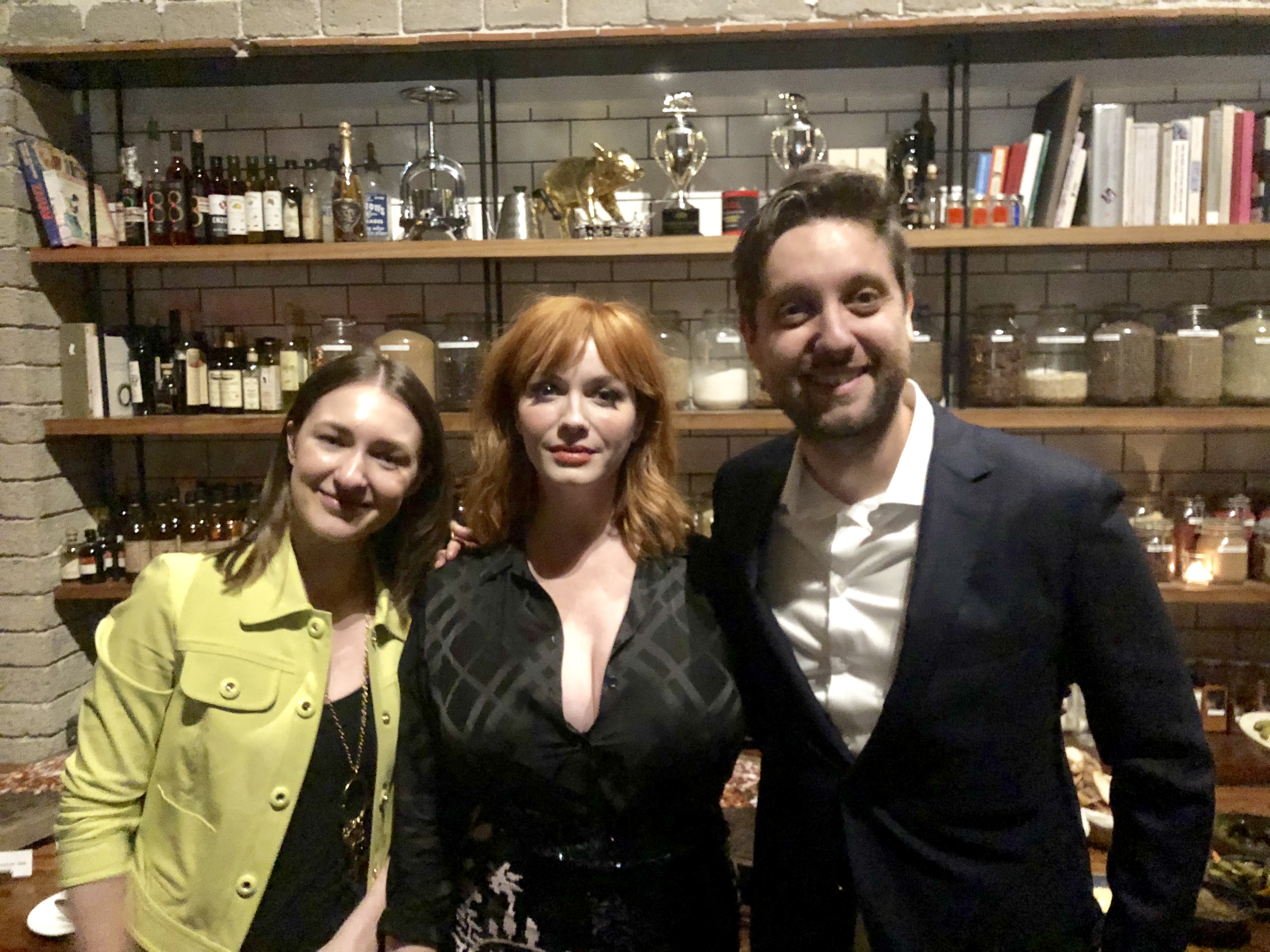 Both Belousova and Ostinelli prefer working with live instruments, so being a team makes it easier to perform and record real instruments in their studio, reducing their reliance on virtual instruments. “Virtual instruments are great but they are available to everybody. Everyone that uses them starts to have a similar sound,” says Ostinelli. The virtual instrument samples they do use to supplement their cues come mostly from the custom recordings they’ve made over the years.

While Belousova is a virtuoso concerto pianist and Ostinelli plays drums and piano, both composers continue to learn new instruments on an as-needed basis. Belousova, for instance, is currently learning to play the hurdy-gurdy and the erhu — an Asian two-stringed violin that they custom ordered from Singapore. “We get good enough so that we can record it and add different flavors to our scores,” says Ostinelli. 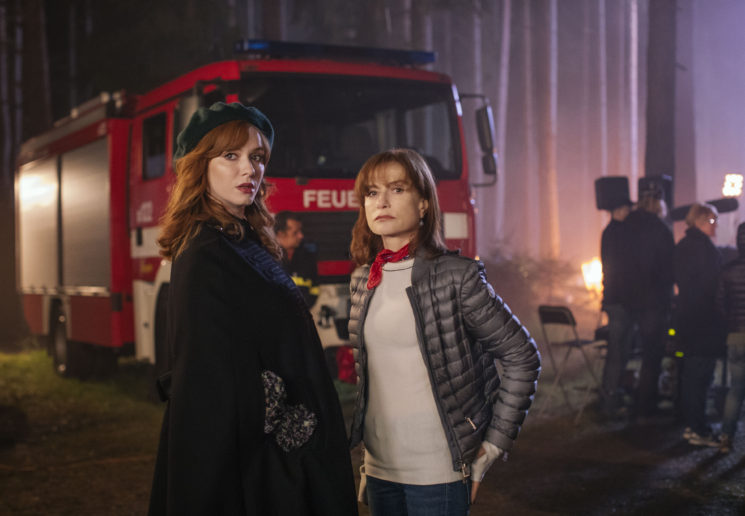 Once they’ve written the cues in Digital Performer and performed and recorded the different parts into Pro Tools, the team will then replace some parts with performances from different soloists or ensembles from all over the world. On The Romanoffs, “the domra concerto was recorded in Russia since that’s something very particular to that country,” says Ostinelli.

“The woodwind soloists were recorded in Boston. We recorded other soloists in Los Angeles, and I recorded the piano concerto here,” adds Belousova.

“We always look for the best musicians to perform the music,” Ostinelli states. 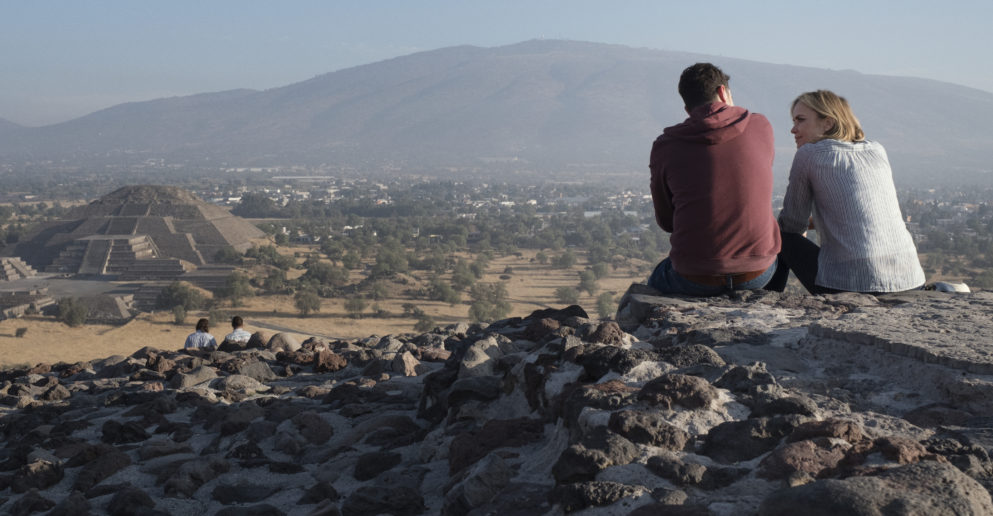 They prefer to record the parts as separately as possible. So instead of recording a large orchestra all at once, for example, they like to record each section individually. Or, they’ll record a violin soloist separate from the string section. Then, they layer those elements together in Pro Tools. “This gives us the most amount of control during the mix phase. The more separation there is in the stems, the more precision the re-recording mixers have to massage the score around the dialogue and sound effects,” says Ostinelli.

The more control the mixers have over individual elements, the easier it is to fix issues as they arise. Ostinelli notes a scene in Episode 8 where church bells were added on the dub stage and they completely changed the mood of a scene. “It was a romantic sequence and we had this beautiful cue.  We had already been mixing for hours and everything was working great. Then they put in those bells,” he says. 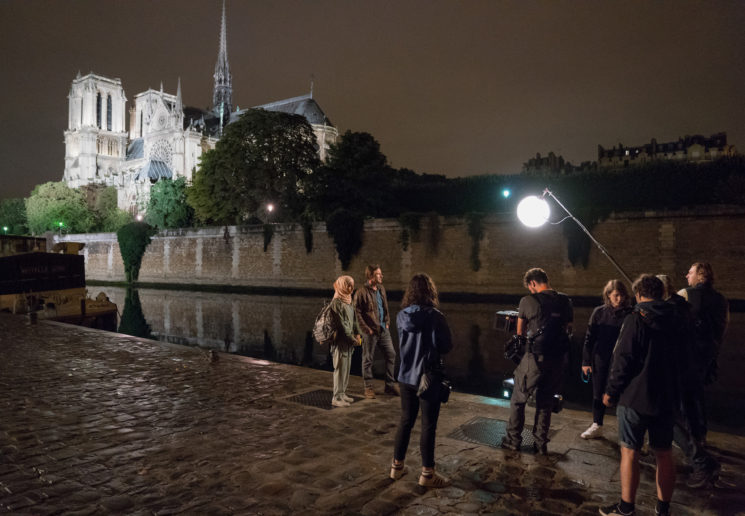 “The bells were not in the same key as the cue. At first, no one could understand what happened, why all the sudden the scene became ominous and menacing,” says Belousova. Since she has perfect pitch, she was able to detect the conflict and correct it right away. “The cue was in Db major and the bells were in E, so that created dissonance. To fix that, we pitch shifted the bells up to F.”

She concludes, “If the mixers can adjust one or two elements without having to dip out half the score, that’s what we want. The more control they have, the better it is.” 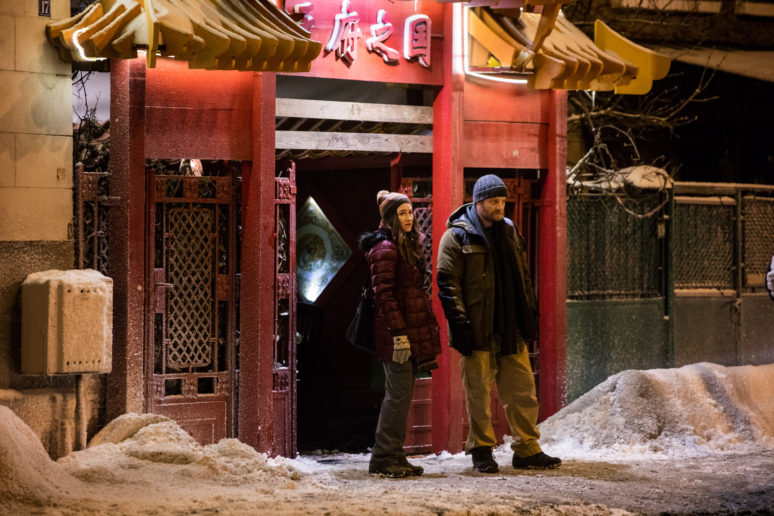