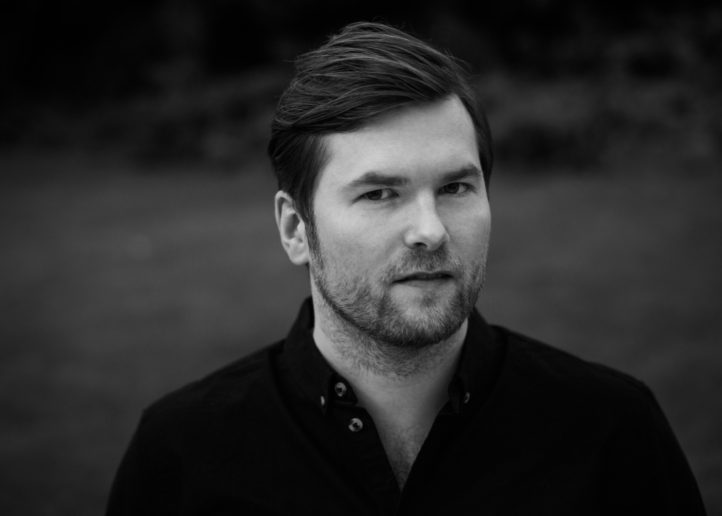 There is no denying composer Christian Wibe’s passion for music. Especially when he’s discussing his career and remarks, “I´m somewhat addicted to learning, and film scoring is the perfect arena for endless exploring. I know I´ll be 90 years old and still far from fully educated. That makes me happy.” When someone feels that strongly about what they do, one can only imagine the kind of results that are produced. These results can be heard in projects such as Netflix’s sci-fi/thriller What Happened to Monday starring Glenn Close and Noomi Rapace, Tommy Wirkola’s Dead Snow, and The Marine 6: Close Quarters, which was just released by WWE Studios starring Mike “The Miz” Mizanin, Shawn Michaels, and Becky Lynch. Below, we talk exclusively with Christian about many topics including his favorite What Happened to Monday scene and his current compositional challenges.

When did you start composing? What or who were your early passions and influences?

Christian Wibe: Growing up I was a huge fan of Michael Jackson and The Beatles. Later in my teens I heard the band Pantera and they blew me away. I was addicted to their riffs and energy. Add to that my love for classical composers like Grieg, Stravinsky, Prokofiev, Shostakovich, and you get the picture, my love for music is diverse. To me all genres have quality music worth a listen.

After picking up the guitar, Pantera is what really pushed me into pursuing music. Being in several bands in the coming years finally culminated in forming Animal Alpha. I wanted to create a band that was riff-oriented and hard (like Pantera) but also had melodic and experimental elements. That´s the kind of music I craved for but couldn’t find out there.

I set out to create it myself. Animal Alpha was relatively successful and we toured extensively for a number of years. In 2008, I got my first shot at film scoring. Director Tommy Wirkola invited me to write the score for his film Dead Snow. I really enjoyed working with the orchestra and with picture. The project was an eye-opener for me and I´m forever grateful to Tommy for the opportunity.

You were born in raised in Norway. Do you think your approach or sound is different than other composers because you were born there?

Christian Wibe: I guess all places and scenes have their unique sound and to some degree that becomes part of you. Perhaps also the long, cold winters in Norway can be an advantage for young musicians. A good excuse to stay in practicing your guitar all winter. 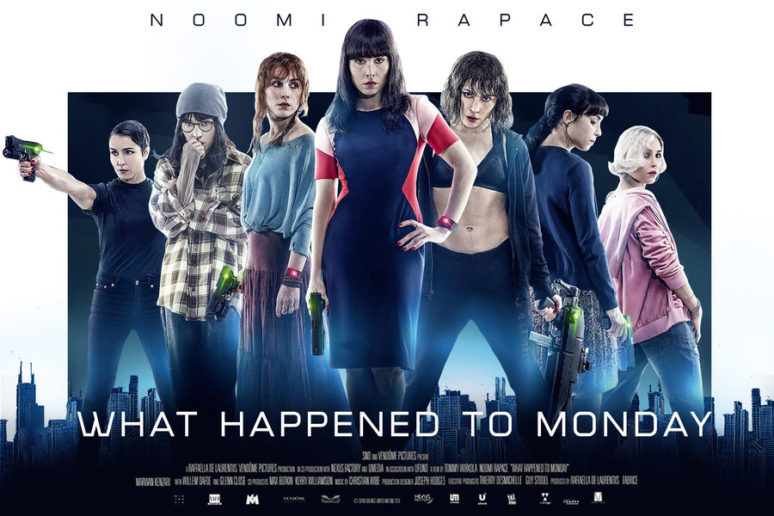 What Happened to Monday

What do you personally consider to be pivotal moments in your work and/or career?

Christian Wibe: There are a few projects and people that have made a difference for me along the way. Working with producer Sylvia Massy on the Animal Alpha stuff was an adventure. We spent two months in her old abandoned theatre in the small town of Weed, California. We had a great time and learned a lot from her and her team.

Getting into film, of course, my first score with Tommy Wirkola was huge. It´s what got me into piano playing and orchestral training. It really changed the path I was on in music. A few years later I was invited by Atli Orvarsson to do guitar work on a project he was working on at Hans Zimmer’s Remote Control. That too was really inspiring. He´s a great guy. I wanted to do more film scoring and got a good look behind the scenes. He was kind to share knowledge and experiences. I also met Dennis Sands during that project and he later brought me along to scoring sessions for more behind the scenes experiences.

During these years I also worked on a project with Lori Castro. It´s weird how it all connects because she became the engineer at Sylvia´s place in Weed a few months after we left the studio. We both had spent a lot of time in this weird little town and became good friends. Lori, who´s now working a lot with Steve Jablonsky, later introduced the two of us and the last few years I´ve been collaborating with him on a regular basis.

I really appreciate all of these guys and I´ve learned a lot from all of them. I´m somewhat addicted to learning, and film scoring is the perfect arena for endless exploring. I know I´ll be 90 years old and still far from fully educated. That makes me happy.

When working on a project do you look at it as a whole from the very beginning or do you just take it scene by scene?

Christian Wibe: Definitely as a whole. A film score typically has four to six themes and I will usually start with the development of those. I want to find the tone, themes, and palette before I get too far into the writing. When that´s established I´d normally start working on key moments in the film. Moments I know are important for the director and scenes that embody the core feel of the film.

What are currently your main compositional challenges?

Christian Wibe: Sometimes beginning a new score can be slightly daunting. Every film is different, and you need to come up with the musical language for that particular story. Staring at the blank page or sequence it can sometimes feel like you completely forgot how to do it. For me, the trick is to get going. Usually, ideas start flowing fast. It´s part of the process. You just have to get going.

You scored Netflix’s What Happened to Monday (WHTM), which was in the sci-fi genre, and now The Marine 6: Close Quarters, which is an action film. Which of the two genres was more difficult to score?

Christian Wibe: I feel quite comfortable in both genres so that in itself didn’t make a big of a difference. What probably made WHTM slightly harder is that it is a rollercoaster ride of a story. Lots of twists and turns, different moods, and situations. Marine 6 was a little more straightforward with fewer characters. WHTM required more and also very diverse material. Keeping the thematic thread going with that film demanded more attention. 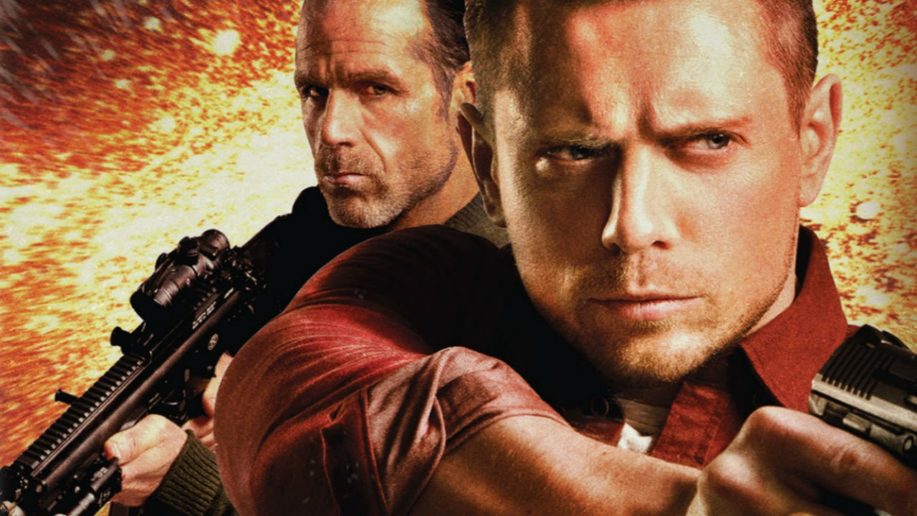 How would you describe your score for The Marine 6: Close Quarters?

Christian Wibe: James Nunn, our fantastic director, wanted a fun, entertaining, and driving score. So, the score is quite playful but always in a serious manner. It´s a film with strong characters. Very definite good guys versus bad guys, and I wanted to support that in the score with strong contrasting colors. I wanted to give Maddy, the main villain, a disturbing, unpredictable vibe and I went pretty far with pulsing noises and eerie sounds to create the backbone for her. For the bad guys, I also used a lot of electronics and live played noise drums.

For the good guys, I contrasted that with a more organic sound. Guitars, distorted bass, hand percussion, drums, etc. To me, the combination of these colors gives it a playful and fun vibe.

Was there a theme/scene in What Happened to Monday that you are particularly proud of?

Christian Wibe: In WHTM there are a few long action sequences I´m quite proud of, but what I really enjoyed writing were the big emotional moments. We wanted the score to make a big impact, so I brought in a huge 68-piece string orchestra. Being a sci-fi movie, I really wanted a big, emotional, and slightly unreal string sound. At its core, WHTM is a very intimate story and I also wanted it to feel close, down to earth, and honest. I really tried for the score to become one with the screen and take care not to step on Noomi Rapace´s excellent performance. I really enjoyed writing those cues.

What was one thing you learned from scoring What Happened to Monday that you applied to The Marine 6: Close Quarters score?

Christian Wibe: Around the time of WHTM, I really started getting into custom sampling and synth design. Between these scores, I´ve explored that extensively, doing synth design also for other composers like Steve Jablonsky. For Marine 6 most synth sounds were custom designed for that project.