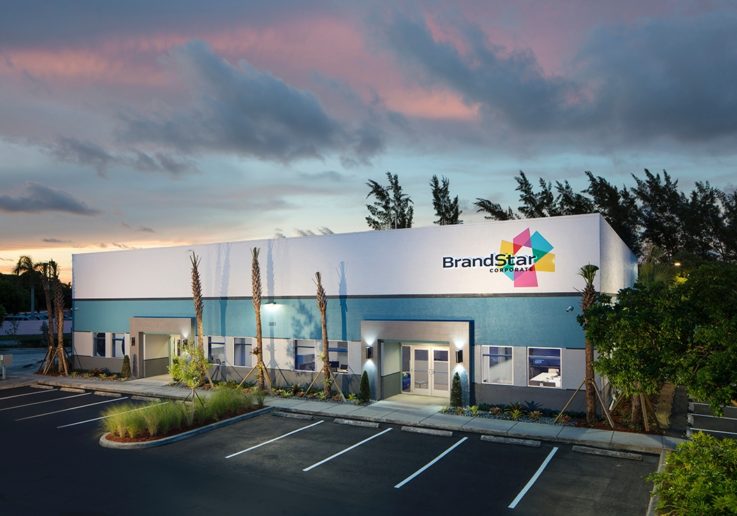 Based in Pompano Beach, Florida, BrandStar has built a state-of-the-art studio where they produce award-winning TV shows and branded content that resonates with audiences across every screen, from original blogs and social messaging to digital activation, performance-based marketing and in-house production.

“We can’t afford any down time, which has been one of the factors that’s made us reluctant to look into a new system,” said Mark Alfieri, Founder and CEO of BrandStar. “Until now, we hadn’t figured out where we could have a break point in order to do an installation.”

A new show needed to be edited in 4K, which put pressure on the team to find a solution. “We have really tight deadlines here, said Abraham White, senior editor at BrandStar. “Having stuttering video playback at 4K while constantly waiting for clips to appear is not acceptable.”

At NAB, the BrandStar team came across Facilis Technology and was immediately intrigued by the capabilities and value of the system, but also the ease in which it could quickly be installed and integrated with their existing equipment. After some productive discussions regarding BrandStar’s goals, the Facilis staff encouraged the BrandStar team to visit some of the many reference post facilities in NYC that rely on a Facilis

Shared Storage Network. Following that lead, the team went to visit Definition 6, an interactive media agency, and talked about its use of Facilis.

“A lot of our needs have to do with fast movement of media across our space,” said Luis Allbritton, Chief Engineer at Definition 6. “Big media files come in and multiple deliverables go out. It’s a fast cycle, at a fast pace, with a lot of people working on the same projects at the same time. Our Facilis system enables multiple people to have high-speed access to even the largest media files at any given point in the process.”

Feeling confident in their decision, the BrandStar team ordered a 384 TB Facilis system consisting of two 192 TB storage servers and a Hub Server that aggregates and offloads server processes and increases available bandwidth. At 384 TB, the system can hold approximately 2500 hours of 4K footage. For maximum flexibility, the Facilis team installed 10gig Ethernet as well as 32gig Fibre channel to BrandStar’s desktops and edit suites. Unlike standard NAS (network attached storage) devices that run enterprise workflows at many organizations, the Facilis system is highly optimized for video and audio workflows which can contain very large media files.

“The Facilis system was installed quickly and it’s super-fast.  We really like it,” comments White. “The 4K footage plays back smoothly and it’s really going to revolutionize the way we edit at BrandStar.”

Facilis was recently highlighted on an episode of Inside the Blueprint which aired on Fox Business Channel Watch it here.

About Facilis Technology
Founded in 2003, Massachusetts-based Facilis Technology, Inc. designs and builds premium, turnkey shared storage solutions for collaborative media production across all content creation workflows. Their production-proven solutions are designed for use by the craft editor, facility engineer, and owner-operator alike. Flexible, scalable and compatible with industry-standard creative solutions, Facilis’ products blend seamlessly into any network environment and have been installed in more than 3,000 facilities worldwide. http://facilis.com/