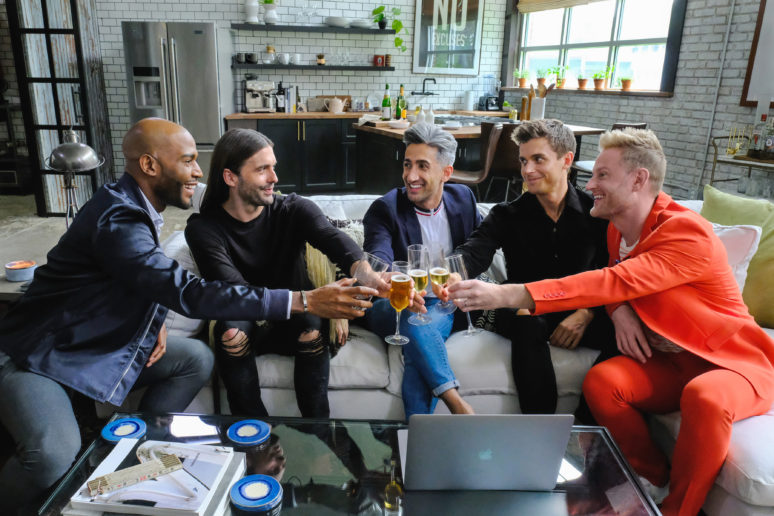 In each new episode, the Fab Five travel to communities in and around Atlanta, Georgia to bring positive changes to the lives of men and women from a variety of different backgrounds. Watch just a few minutes and it’s obvious that this show goes way beyond makeovers. Each episode explores refreshingly diverse perspectives, intriguing social commentary, and the importance of self-confidence while serving up helpful lifestyle tips along the way. 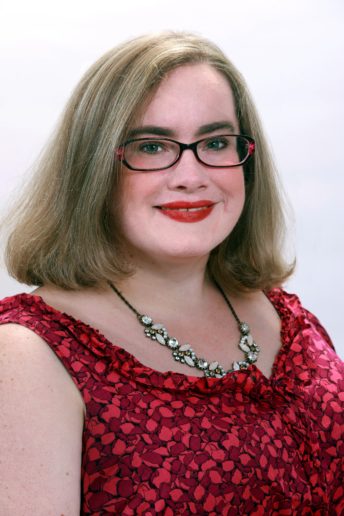 With two seasons now streaming on Netflix and another on the way, the all-new Queer Eye has attracted a huge fan base, critical acclaim, and four Emmy nominations for Season 1: Outstanding Structured Reality Program, Casting, Cinematography, and Picture Editing. We were thrilled to chat with picture editor Amy Peters about her work on this captivating new series.

Amy Peters (AP): I remember Queer Eye when it first came out, and I was one of the early fans. It was when I first moved to New York City, and it locked me into this new culture. Not just gay culture, but this whole new idea that it’s OK to be stylish, cool, and confident. So when [co-executive producer] Mark Bracero gave me a call about editing the new series I dropped everything and was like, “Yes! Book me, I’m there!” He sold it to me as ‘turning red states pink’. Since I’m originally from Mississippi and moved to New York City years ago, I was wanting to communicate that this culture over here isn’t scary. It’s actually cool, friendly, and fun.

I approached scenes specifically with the feeling of being a girl in high school with my gay friends when we would romp around town and have fun together. One of the first scenes I ever edited was the mattress store scene, and I had so much fun because it was really what it was like just hanging out with my friends in high school. So with it being set in the South and with that approach, it was just tons of fun. 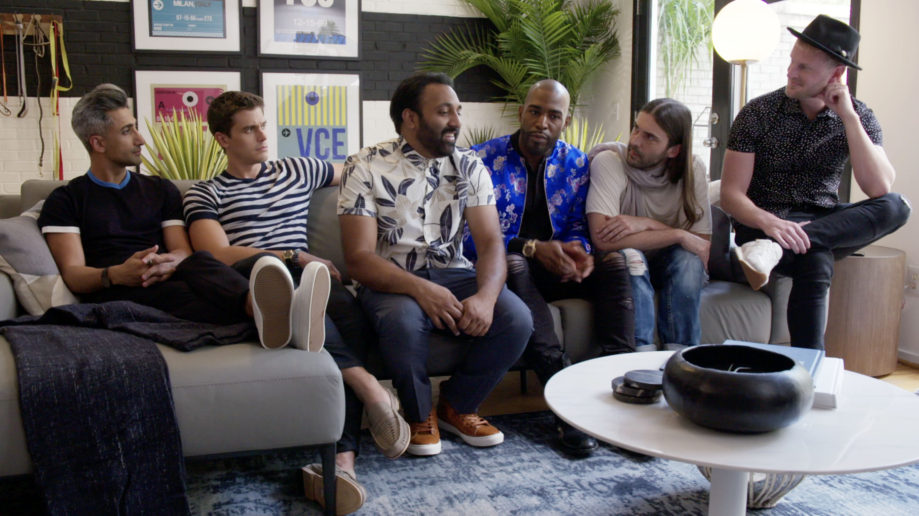 S&P: How did you set up your workflow for each episode?

AP: Well, I’m kind of a crazy person. I need to have my palette. I need to have my colors arranged. I need my B-roll set up and tidy, and I need my music really tidy. I need to know how things are going to be teed up and then I get to the cutting. I like to have radio cuts kind of worked out with the producer, and then I get into music. A lot of times, with the schedule and timings of when people need to see the cuts, I don’t always have that luxury. So it’s a little bit truncated from time to time but that’s generally my process. I like to have everything tidy, and as long as I have my little paint box ready, then I can get going and it’s fun. 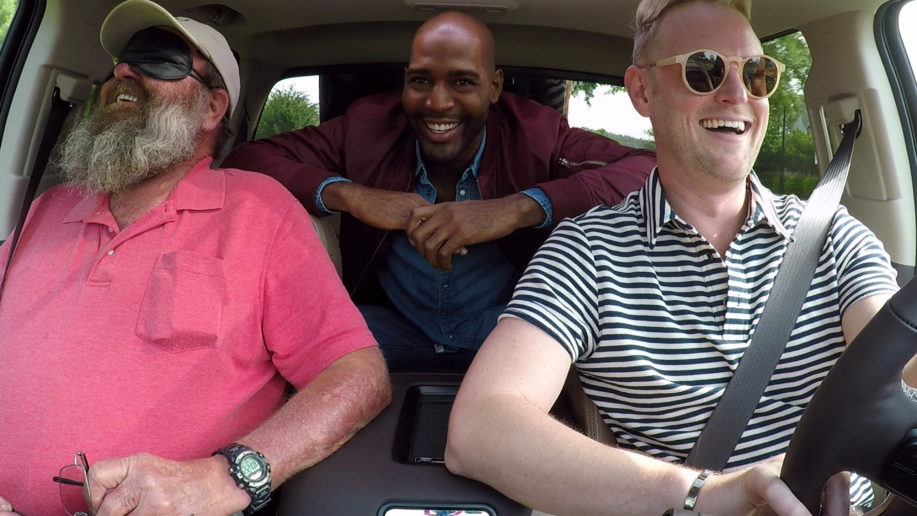 S&P: How did you work with the other members of the editorial team?

AP: We used Avid and we usually had two editors per episode. Cutting Act One is always the hardest part because that’s when you’re introducing the characters, the universe, the space, the people, and you’re learning about everything for the first time. So usually one editor would be dedicated to that, and then another editor would be laying down the tracks at the end of the show. So then the schedule would be stacked, and both editors would be finished at right around the same time. Then we would assemble the show and present it to our supervising producer. 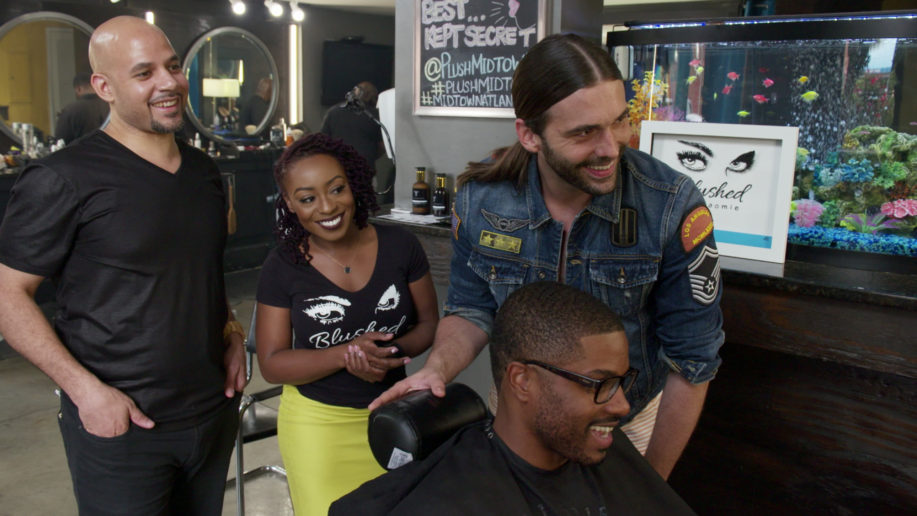 S&P: The series has so much heart, emotion, and honesty. How did you highlight these qualities during the editing process?

AP: We had an amazing story guru and co-executive producer, Mark Bracero. That’s his specialty and he was our leader. The story producers would approach the scenes by finding the heart and finding the ways in which the Fab Five connected with the heroes. We would really just tighten the screws every time we looked at the footage and find the ways in which they connected. For instance, there’s one episode with AJ, and the ‘story’ could have very easily been, “Oh, AJ wants to get married and so he needs to spruce up his place and get a haircut.” But his honest, deep-rooted, heart-filled story is that his dad passed away. Reckoning with the grief that he felt was the real story. And the field [production team]obviously identified that and captured that amazing heart-wrenching scene at the end where he came out to his stepmom. So it was a matter of, OK, we have this amazing scene where you don’t see a real ‘from your gut’ kind of cry like that on television. So how do we build to that? That was a challenge, and we just dug our heels in and figured it out. 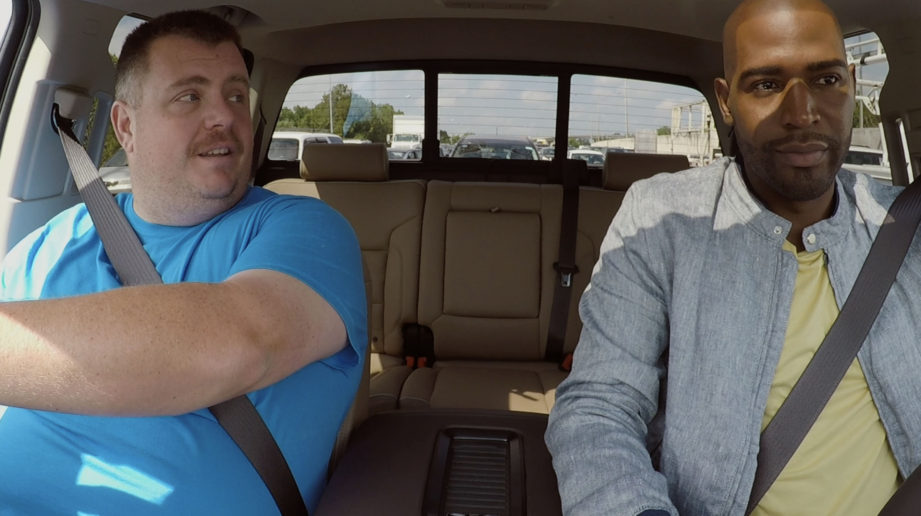 S&P: That was such a powerful episode. Were there any other stories that really stood out to you during the editing process?

AP: Another one that I found people were touched by was the episode where the policeman and Karamo really connected. And I just want to point out, on a technical level, when the boys get pulled over, please note the edit of that scene. It’s so subtle and so delicately handled, and there’s not a lot of music. You’ll notice that the cameras don’t change to the outside of the vehicle until they’re about to reveal that it’s a set-up, and I just think that the editing in that is brilliant.

We were also very aware of the big binge-watching notions, so we were always cranking ideas on how to make things different. The supervising editor and the story producers really took on the task of how to keep the series interesting in a binge-watching scenario. And the guys just cut like butter. They’re all brilliant individuals, and they all have their talents. They all connected to the heroes and were just amazing spirits to have and capture. They touched everyone, even us, so we took so much care to make sure they came off as brilliant as they really are. 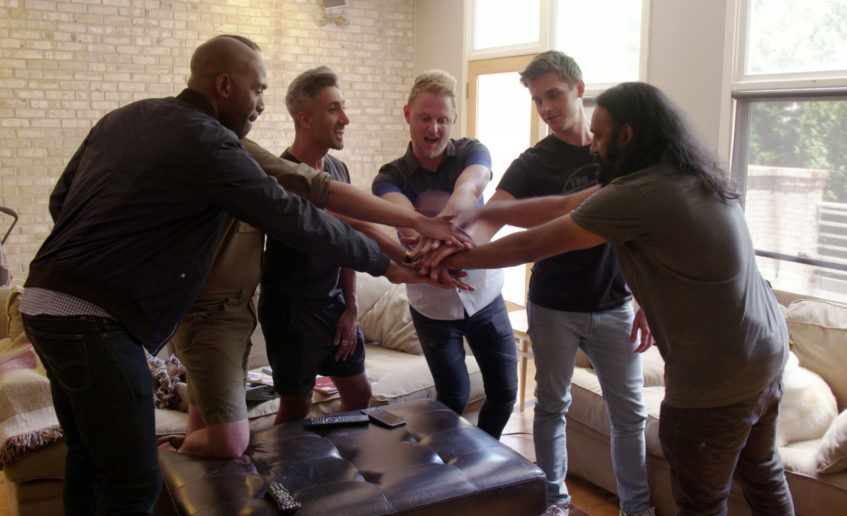 S&P: What did you enjoy most about working on the show?

AP: I enjoyed the camaraderie. The reality on a lot of these shows is that you are on a budget, you are under deadline, and you are making a great show together. It’s just like being elbow-to-elbow in the trenches together. Sometimes you’ve got to have people’s backs and other times they’ve got to have yours. It’s about teamwork and communication. It was just like a concert of amazingness and that’s why I’m going to be super happy to be next to those guys at the Emmys. I mean, I couldn’t be there with a better team of folks.