Cinematography allowed aspiring storyteller Nelson Cragg to combine his academic background in English literature and fine arts. “When I went to USC, I made the choice to shoot as much as I could, so that I could try to make the transition into a professional Hollywood setting,” Cragg tells us. “I shot shorts back to back all of the time. It was a great training ground to make mistakes, to figure out styles, and to try things.” Craig lensed 20 short films, and his efforts did not go unnoticed. “I was in my 20s and got a call from Jerry Bruckheimer’s people to come shoot the original CSI. I was scared and trembling, but talk about a great first TV gig. I won an ASC Award. It was a good launching pad.”

Other small screen projects came calling, including Flashforward, Breaking Bad, Halt and Catch Fire, and Homeland, the latter series earning Cragg a Primetime Emmy nomination. “I’m usually the guy who does pilots or first seasons. I like to create looks. You don’t often have those opportunities starting out,” Cragg explains. More typical of a younger DP’s experience, he notes, is “coming into a season after the style has been established, so you have to learn how to replicate a bunch of different ones. Once you begin shooting pilots, miniseries, and limited series events, you’re able to use all of that information to create your own looks and worlds.” Cragg served as the sole cinematographer for all 10 episodes of FX Network’s limited series The People v. O.J. Simpson: American Crime Story. “The TV paradigm has shifted, because you do an 8- or 10-episode series like a movie. You prepare for a month or two and then shoot it.”

Ryan Murphy (Glee), an executive producer of the series, directed four episodes, while Anthony Hemingway (Red Tails) helmed five, and John Singleton (Shaft) handled one. “Once Ryan and I shot the first two episodes, the look of the show was established,” says Cragg. “We wanted to make it more organic and more about the performances. There were a lot of moving cameras, but coming from the Homeland world, I like to keep things somewhat simple. If you can do a pull out of somebody sitting on a bed in a hotel room, it tells a certain part of the story and makes him feel alone. Those shots were planned from the beginning by Ryan.” The team did not extensively utilize storyboards, previs, or postvis to devise a shot list. “Some of the scenes required massive planning, for instance the freeway chase. We would sit down with a big overhead of the freeway and figure out how and why we were going to do each shot and how it would play. There were some storyboards for the first episode but I didn’t use those while shooting. You watch the blocking, look at the actors, and figure out how you want to tell the story best in that moment.” “I didn’t want to watch too much of the original trial because you want to interpret it from the script and re-envision it,” reveals Cragg. “You have to be true to these elements and still be able to tell a good story. That’s what makes people interested. It’s not a re-creation of those events. It’s a retelling.” Similarly, actors Cuba Gooding Jr., John Travolta, Sarah Paulson, David Schwimmer, Courtney B. Vance, Bruce Greenwood, and Nathan Lane all did not seek out their real-life counterparts while preparing for their roles in the series. Principal photography lasted from May to November 2015, taking place at Hollywood Riviera Studios and throughout Los Angeles. “The first two episodes, which Ryan directed, were shot as one big chunk and took 35 to 40 days. Then it would vary from 9 to 20 days depending on how long the scripts were and how much material there was.”

Key crew members supporting Cragg were A camera and Steadicam operator Andrew Mitchell, B camera operator Brice Reid, C camera operator and 2nd unit DP Jesse Feldman, and gaffer David Kagen. “We used ALEXA cameras and went through SIM Digital, which I’ve been using for the last 10 to 11 projects. We shot on Zeiss Ultra Prime lenses and Angénieux Optimo zooms. I tried to do as little lighting as possible beyond what was already on the set. Our DA’s office and courtroom were built and fluorescently lit. They were on stages, so we had to create daylight on a big backing Translight [illuminated backdrop],” Cragg tells us. The crew primarily deployed three cameras at a time, and used Codex to capture the footage. “We did shoot different formats, because sometimes we wanted things to look as if they were shot on Betacam, like news footage.” A lot of the material shot on Betacam by embedded camera operators didn’t make it into the show, however. “We also shot on the ALEXA HD and put it through a digital process to make it look like Betacam.” 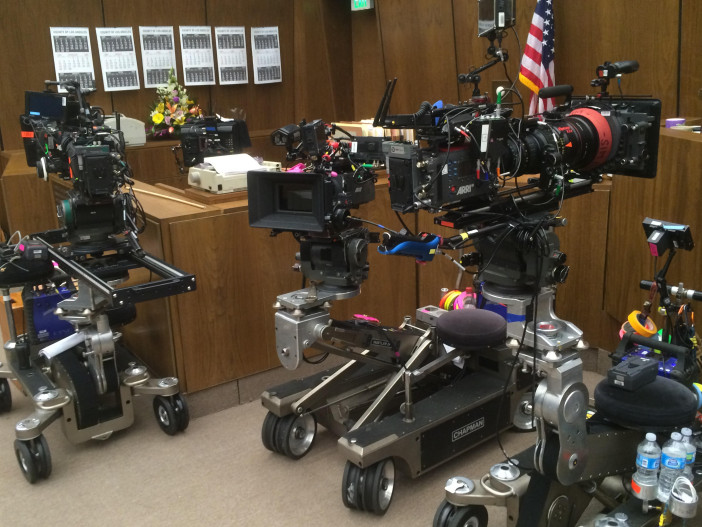 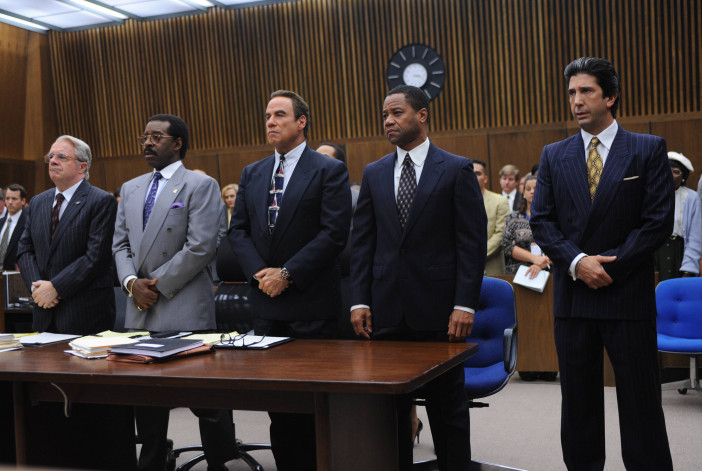 “The courtroom was where we had the most cameras, because there were numerous people to cover and so many angles to shoot,” Cragg tells us. “We had four cameras running at all times. We laid down these big sheets of plywood with a Masonite cover, which allowed the dolly grip and the camera operators to move around freely. It enabled us to do a lot of shots quickly. We never had any lights on the ground for the DA’s office and courtroom, as most of them were built in. That was good for everybody, as we weren’t doing meticulous lighting for every shot, which there wasn’t time for.”

Some of the actual locations from the trial make an appearance in the series. One such location is Robert Kardashian’s former home, which plays an important role in the events of the case. “It was available to rent, so we went in there and it was pretty much perfect,” says Cragg. Not everything went so easily. “The hardest location to find turned out to be the murder site on Bundy Drive, because the image of the courtyard and where the bodies lay is so burned in the minds of people. We needed an exact replica. We looked at 30 locations trying to get something close, and none existed. So the production designer ended up getting an empty lot in the right neighborhood and re-created the whole thing.”

The trial’s infamous slow-speed chase was not an easy sequence to capture. “Re-creating the Bronco chase was our biggest challenge, because it required closing down a massive freeway and hundreds of moving cars,” explains Cragg. “We had a great locations department that was able to close a two-mile stretch of the 710 and give us full control on the weekend. We had two days to shoot that sequence and had cameras everywhere, because we had to get shots on bridges and overpasses, as well as in the car.” A 50-foot Technocrane, a Grip Trix electric cart, a process trailer, and an Ultimate Arm crane vehicle all played a part in capturing the required footage. “The Bronco chase has to be a highlight. Shooting the 15 cop cars and the white Bronco alone on the freeway gave me chills, because re-creating that image is so iconic. That was one of the hero moments for me.” 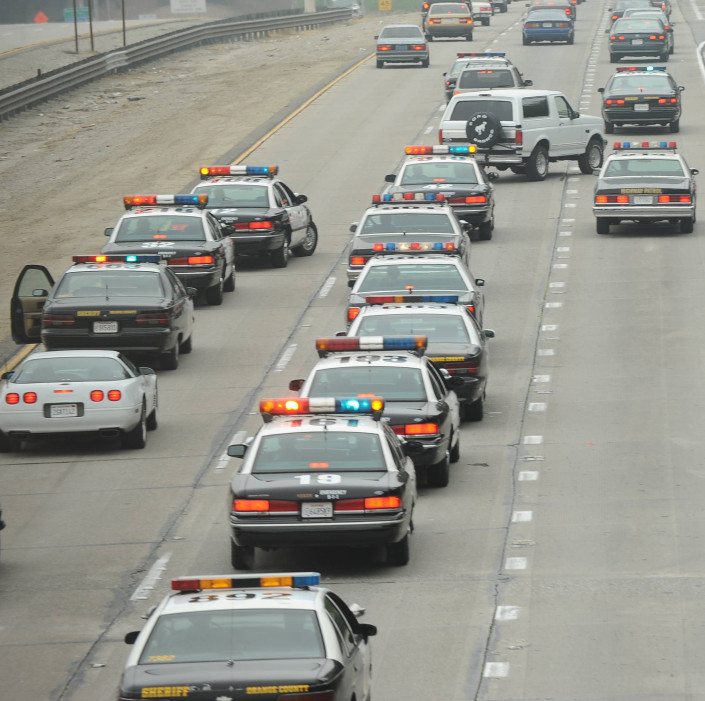 “The color palette was driven by the era,” Cragg tells us. “There were a lot of peaches, tans, and beiges, with little hints of red. I wanted it to feel real, so you could focus on the performances and the story. The DA’s office is more blues, greens, and grays because that’s a more industrial space. We wanted O.J.’s house to have a cocoon feeling, so that had warmer tones. A lot of the colors came from the locations and the way they look already. The production designer and I built those palettes based on that. The Kardashian house was driven by a skin-tone peach color that was popular during the mid 1990s.” Color grading adjustments were essential for each new location. “We did everything through Company 3, and Kevin Kirwan was our color timer. Anytime we were shooting on a new set, Kevin and I would create a look that held throughout the whole production.”

The show’s pilot episode, which includes the discovery of the murder victims and the introduction of the main characters, stands out as an especially noteworthy episode. “That was one of the hardest pieces, as it was a lot of night shooting,” Cragg tells us. “It has a number of great signature oners, these shots that tell the story in one take, which were tricky to pull off technically. The pacing really moves and sets up the thriller tone that we wanted to continue through the series.”

The creative partnership continues between Cragg and producer-director Ryan Murphy. “I’m working on Ryan’s American Horror Story [Season 6],” says Cragg. “I’m going to shoot the first four episodes and then direct episode five. Then I’m going to move onto another of his shows called Feud, which will be on FX as well. Collaborating with Ryan is a pleasure because he brings out the best in his creative people. Working at that level on this was very fulfilling.” 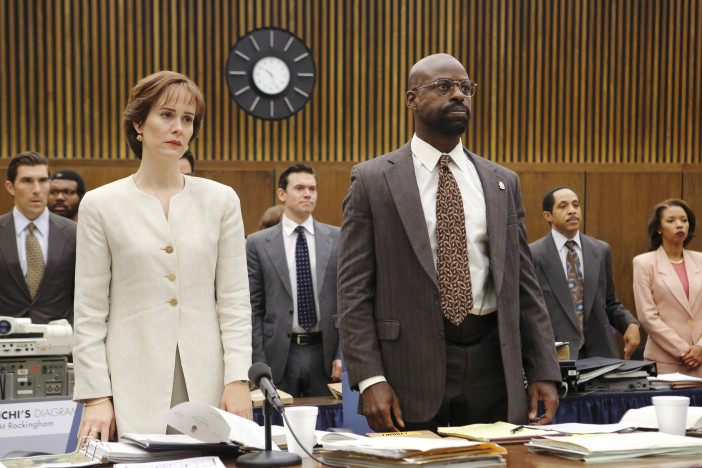 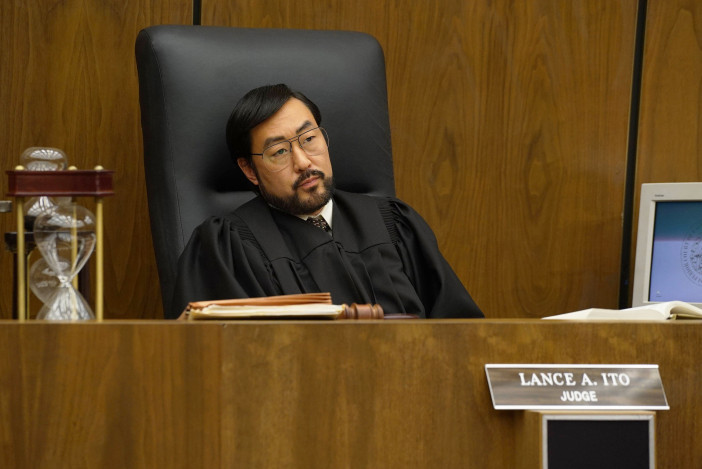 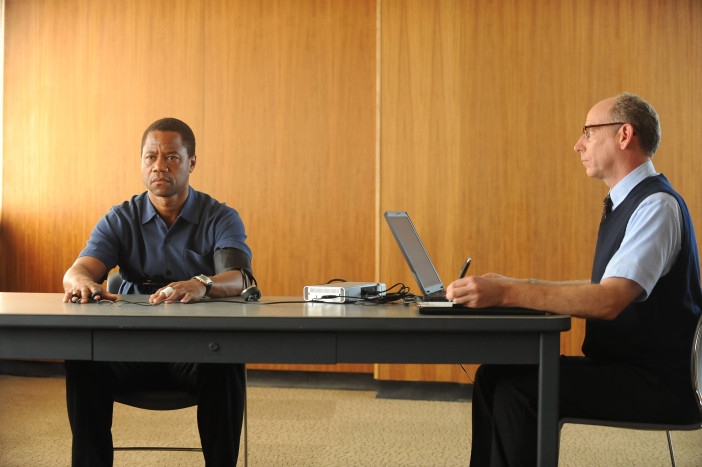 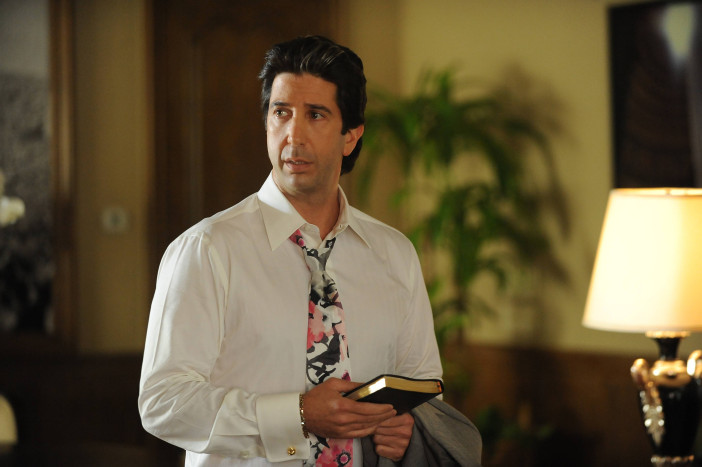 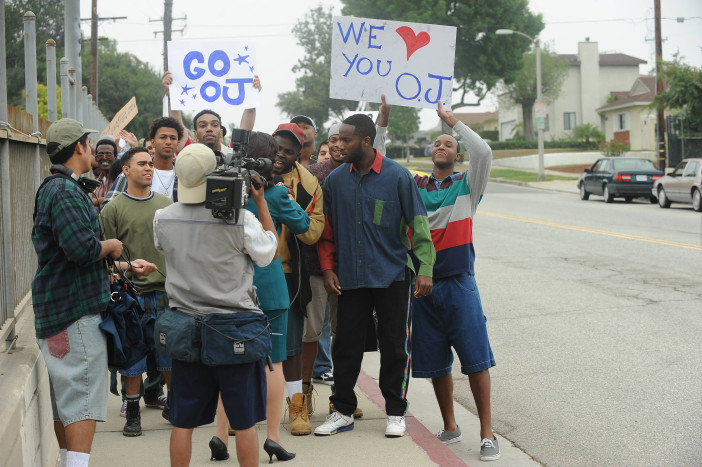 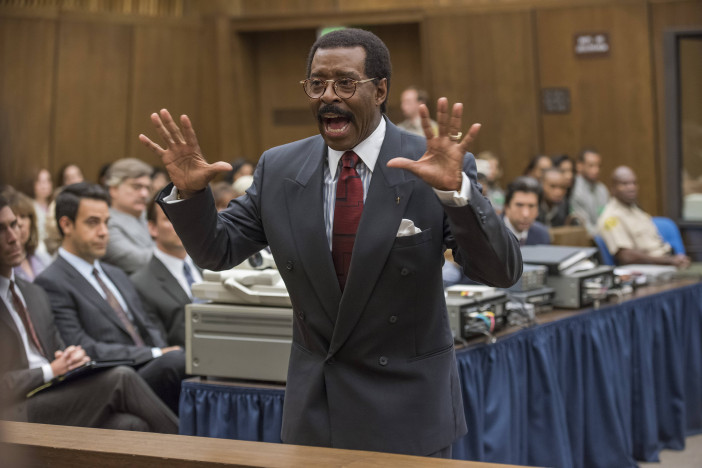