It’s no coincidence that Bill Brown dreamt the score that would later become Dominion’s Season 2 opening theme. The bold combination of thunderous pulsating electronic grit and swaying organic cello melodies form a perfect musical backdrop for a post-apocalyptic confrontation between humans and angels.

Brown, originally from San Diego, is a Los Angeles-based composer who has made a solid career in TV and game music. He is well known for his work on the hit show CSI:NY  (for which he has recently completed his ninth season) and games such as Tom Clancy’s Rainbow Six, Lineage II, and, most recently, Captain America: Super Soldier.

His team presented us with an exclusive behind the scenes look inside his studio sessions with cellist Tina Guo while recording four themes for season two of Syfy’s dystopian epic Dominion.

It seems you have mastered today’s “hybrid” trend in scoring, where electronic music and sound design fuses with an organic orchestral performance. What could you tell us about your musical background and how you perfected this style of composition?
All of these modular synths and the Moog Voyager I’m using in my studio now are like the dream versions of the MiniMoog I learned analog programming on in my teens! I also slowly acquired other analog synths and lots of other studio equipment that I taught myself on throughout my teens and through college. My introduction to orchestra really began around the time I saw Star Wars in the theater back in ’77. I’ve loved film scoring and have been studying orchestral music ever since, along with continuing to hone my studio skills. It’s the perfect skill set for a film composer in this day and age, to be able to combine technology and orchestra without even thinking about it. It’s just an extension of me at this point. You have a beautiful collection of modular synths in your studio, which suit your room and your style like a fine tuxedo. Do you have a preference for analog synthesizers over software synths and samplers when it comes to electronic music?
I love both! The analog synths and effects have a unique sound and sit in a mix in a way that software synths really can’t, and I love that about them. The software synths and samplers are endlessly fun to experiment with. Creating really unique, fresh, or unusual textures and signature sounds for each project is a must for me, and I use everything at my fingertips to accomplish it.

Many composers who want to engage in TV or game music are well experimented with synthesizers or programming, but may lack experience with live orchestral performances. Could you give us some insight into how you translate a programmed mock-up to a live setting, as you did for the game The Incredible Hulk: Ultimate Destruction?
My recommendation for young composers who want to compose and record full orchestral scores is to listen to great scores, film or otherwise, and read the actual scores themselves as they are listening to see how the composer accomplished it all on the page. I studied that way for many years and still look back at scores for fun. It’s really the only way to understand how it all comes together on the page. And if it’s at all possible to sit in on recording stage sessions to see what that process looks like, that can be really helpful. I started pretty big, recording Lineage II, Rainbow Six, and The Incredible Hulk early in my career with big orchestras, but only after I had spent many years studying the orchestra and actual scores myself. Doing smaller sessions, even with one or two players, can also be a wonderful and invaluable experience. 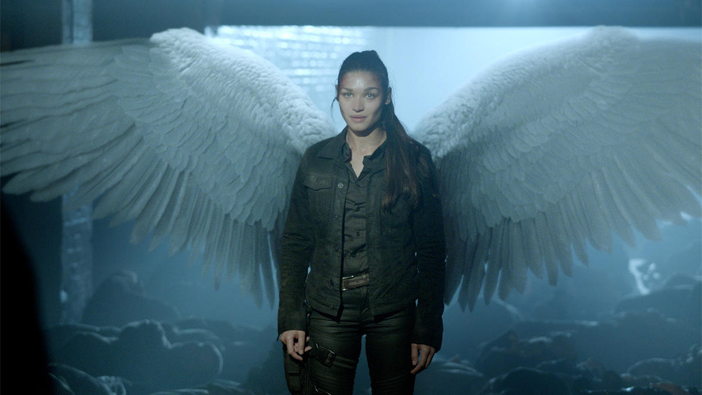 What expectations do you have for the future of television, film, or game music?
I’m an artist and love working with fellow artists. I just want to be excited about the project and fully engaged with everything I am while I’m working on it. It’s really as simple as that. I don’t have any expectations about the future of it except that I know great things can be created with trust, passion for the project, and lots of hard work. That’s how we surprise ourselves as artists, break beyond our own boundaries, and hopefully delight and surprise the audience at the same time. It’s always been that way and hopefully always will be. The qualitative differences between television, film, and gaming are less and less every year, but for me it has always been about creating something relevant, memorable and meaningful – regardless of the medium.