For prognosticators, it was a night to revel in The Revenant’s surprise march through awards season. As the BAFTAs were concluding earlier the same day, Emmanuel “Chivo” Lubezki had already won a “best cinematography” award in London, where the film followed up the honor with “best director” and “best picture” nods.

But Chivo evidently split the travel arrangements with director Alejandro Iñárritu, as he was very much in-person to accept a third consecutive award for “best feature film cinematography” at the American Society of Cinematographers (ASC) Awards, held once again at the Century Plaza on the former backlot of 20th Century Fox—the very studio behind Revenant’s release.

Lubezki had won previously for Birdman (2014), and the year before for Gravity (2013), and is now in position for a similarly unprecedented “triple play” come Oscar time.

Still, Chivo was taking nothing for granted, and talked about the “amazing experience” of making the film, citing Iñárritu’s “passion, his incredible energy,” and even joking—or not—that he was so physically close with star Leonardo DiCaprio in some of the film’s more intense moments (which is most of them), that DiCaprio was like his “focus puller.”

But beyond that, he also thanked his entire crew and the locals in each major locale where the film was shot: Montana, Canada, and Argentina.

And while one assumes gratitude is the theme of most award shows and recipients, the ASC honorees seemed particularly moved. This included some of the spouses, like Lois Burwell, herself a previous Oscar winner for the make-up in Braveheart (1995). She was there to present a lifetime achievement award to her husband, cinematographer John Toll, who she met on the same film (for which Toll won the cinematography Oscar, along with his other sterling DP credits like Legends of the Fall (1994), Gone Baby Gone (2007), Cloud Atlas (2012), Iron Man 3 (2013), and many more). “Not everyone gets to present their Valentine an award on Valentine’s Day,” Burwell said, noting how the room was spending the night of February 14th. As for the appreciative Toll, he said, “we couldn’t do some of what we do unless we were a bit crazy—and this includes our partners.”

But it was, as they say in the movies, a fine madness.

Ridley Scott found himself honored for the second time this awards season, after an earlier accolade from the Visual Effects Society, receiving a Board of Governors award here. And while he was in L.A. for the VES Awards, he was away prepping another Alien installment when the ASC Awards rolled around.

But he chimed in briefly via video, naming all the DPs he’d had the pleasure to work with. As Geena Davis presented his award, saying Scott was “the only person I’ve been willing to drive off a cliff for”—while recounting how she nearly did just that, as Ridley sat in the back seat for a few of the Thelma & Louise (1991) takes, operating his own camera.

Other honorees and winners included Vanja Cernjul in the episodic TV category for Netflix’s Marco Polo and Pierre Gill on the movie/miniseries/pilot side for Amazon’s Casanova (though both types of “TV” were streamed shows).

Gill, a previous ASC winner, recalled early in his career that he was “going to shoot film for the rest of my life.” Now, the studio he works for—Amazon— “mandates that all of its series originate in 4K. After testing a Sony F55, an ARRI ALEXA, and a Panasonic VariCam, Gill decided to work with the F55 for the first time,” the ASC noted on its website.

Was he “too young, naive?” Gill wondered in retrospect. That, or he’s just enjoying a long learning curve of the kind alluded to by another lifetime honoree, Lowell Peterson, who received the Career Achievement in Television award. A previous ASC winner for television work, Peterson mentioned that his own dream job would have been working under contract, week in, week out, as a DP at Warner Bros., shooting features under the old studio system.

“But in a way, that’s what I got,” he said, recounting his early years at CBS Radford Studios during MTM’s 1970’s heyday. “So many of us started at MTM,” he recalled, saying that the closest thing to his particular studio dream “is probably a television series cameraman, where you can work for 10 years or longer with the family that creates a show—the camera department, the electricians, the grips,”—everyone, he said, who helps evolve the characters and stories unique to the medium.

But whether TV or features, film stock or digits, ASC President Richard Crudo summed it up best in his own remarks, calling cinematographers “the luckiest people in the world.” Their work, he explained, “feels like a hobby.”

In all, it was a good Valentine’s night for hobbyists. 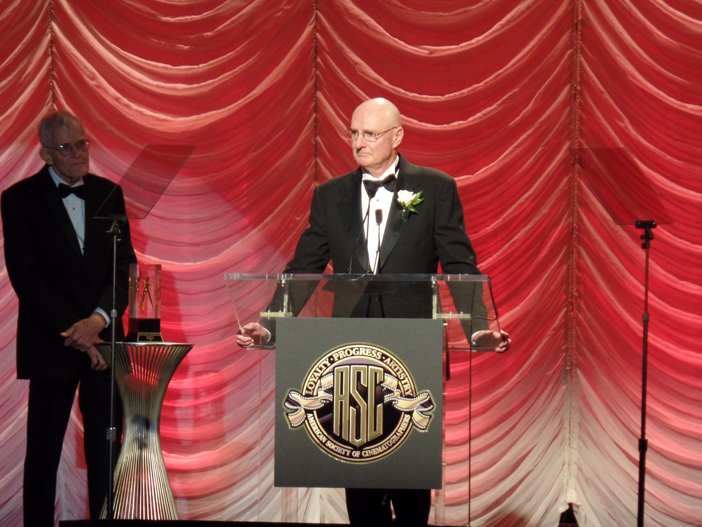 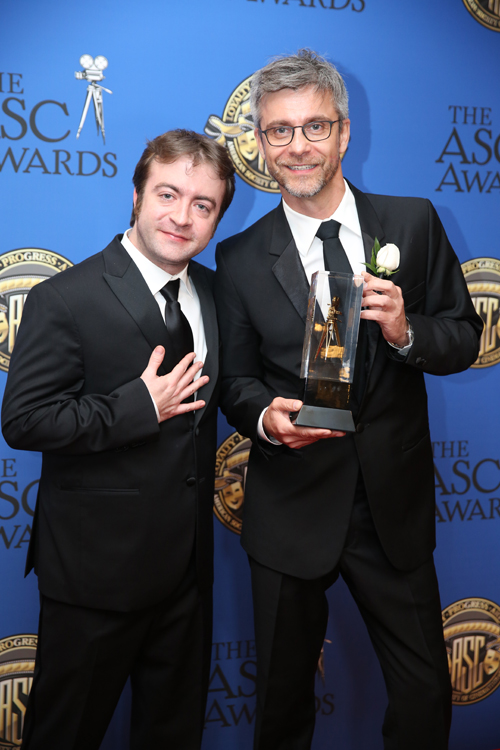 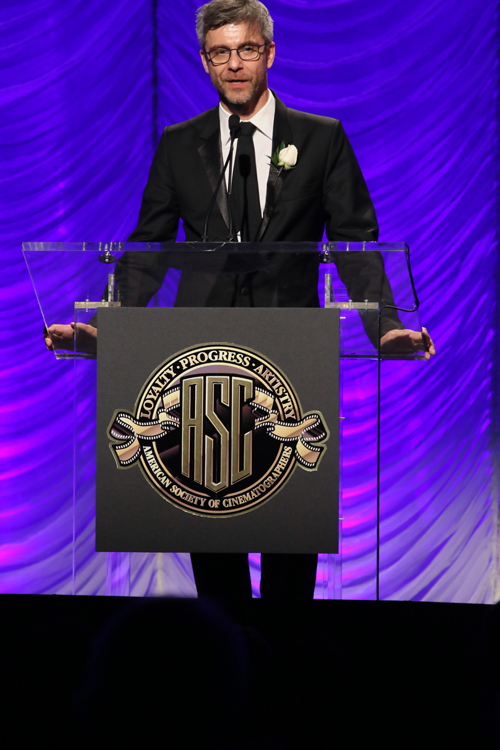 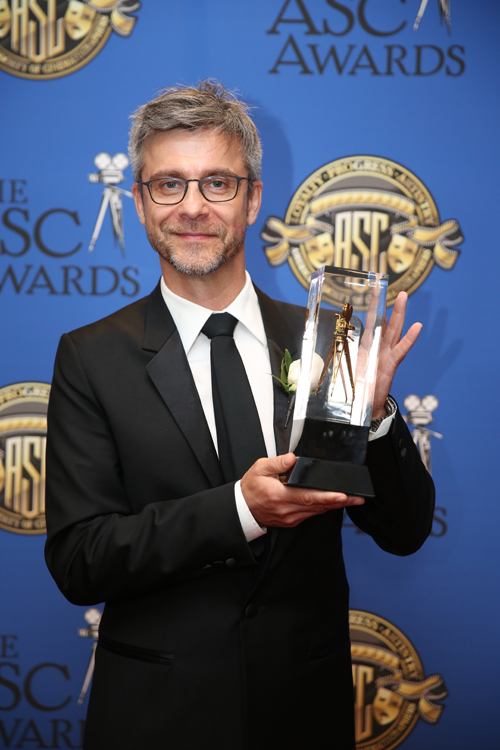 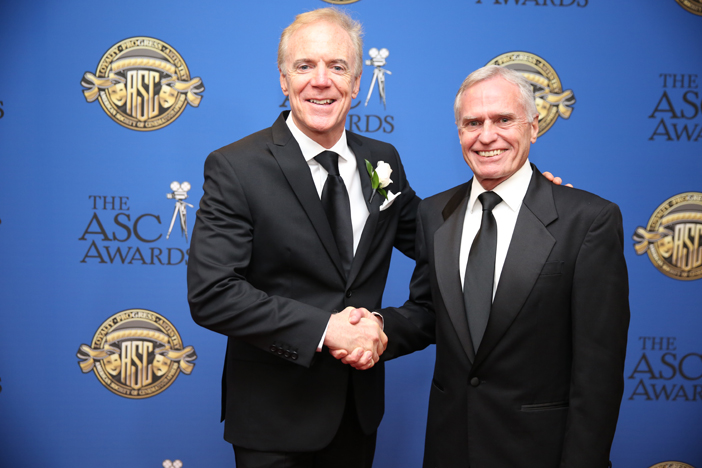 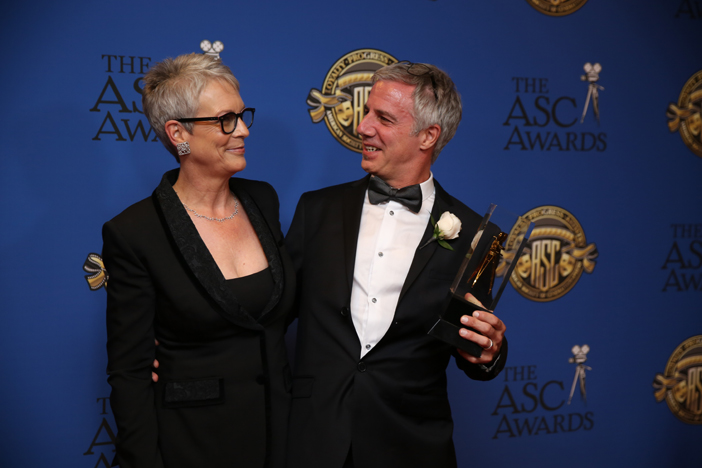 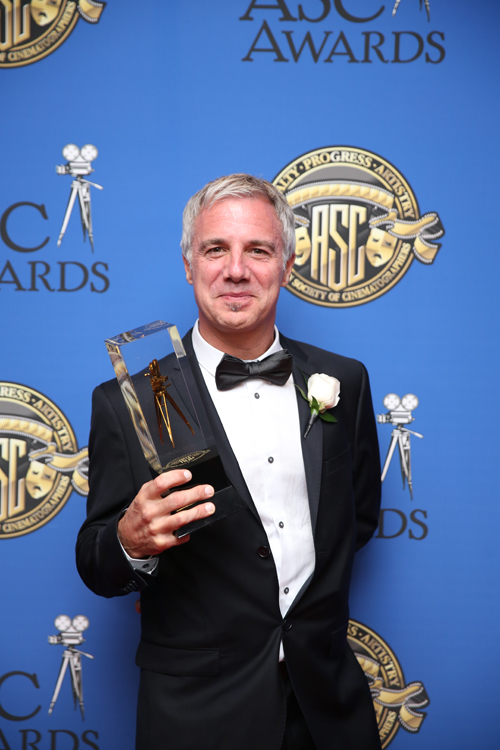 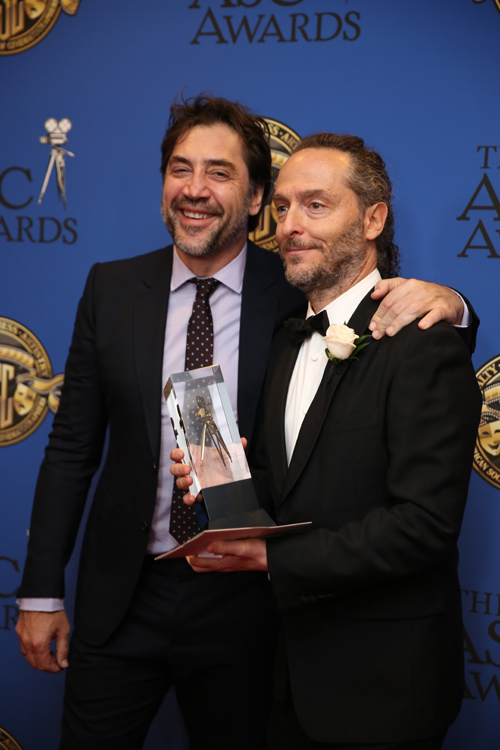 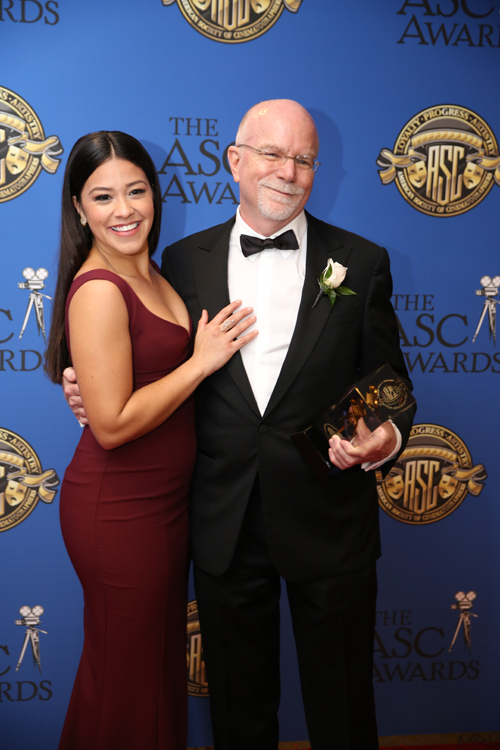 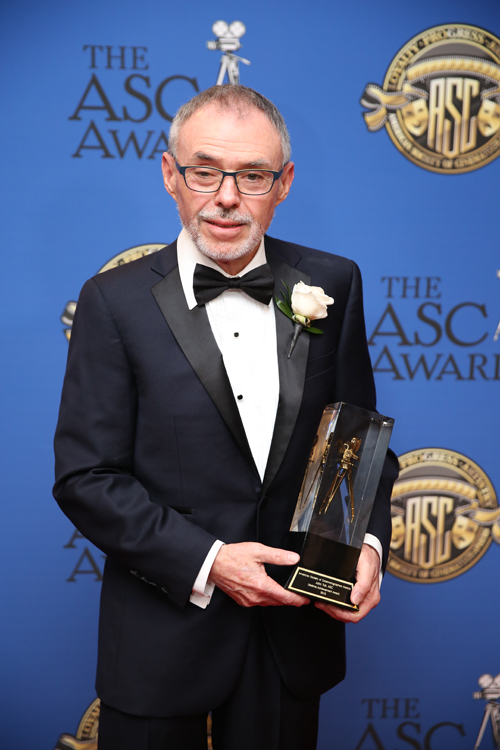 Images courtesy of The ASC