DP Steve Silver is no stranger to collaborating with TV producer Chuck Lorre; it’s a partnership that has earned him three Emmys for Two and a Half Men and now a nomination for The Big Bang Theory. “Working with Chuck can definitely be described as intense. He has a laser-sharp focus on all aspects of production-related matters, and knows what is working and what is not. I am fortunate that we see eye-to-eye regarding photography and that he appreciates my work,” Silver explains.

The cinematographer has been part of the creative team for The Big Bang Theory since Season 1 back in 2007. “We had the luxury of shooting the pilot in three stages. There was rewriting and recasting between each phase. Luckily this allowed me to refine the look and feel before committing to the ‘look’ of the series.”

“The original concept was to embrace these claustrophobic small spaces in an Ivy League [brown and grey] collegiate environment,” explains Silver. “The leads, Sheldon [Jim Parsons] and Leonard [Johnny Galecki], are of course physicists. The original pilot script describes whiteboards that hang from all the walls in their living space, depicting scientific data. It’s a challenge shooting multi-cam in a small space with white reflective boards. As the process evolved, Kaley Cuoco-Sweeting was brought in as the show’s new Penny, our set grew and became a better place to stage the actors, and was therefore easier to shoot.” 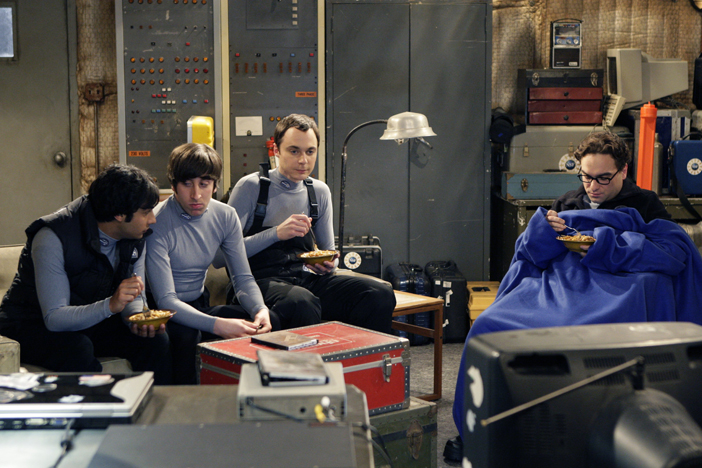 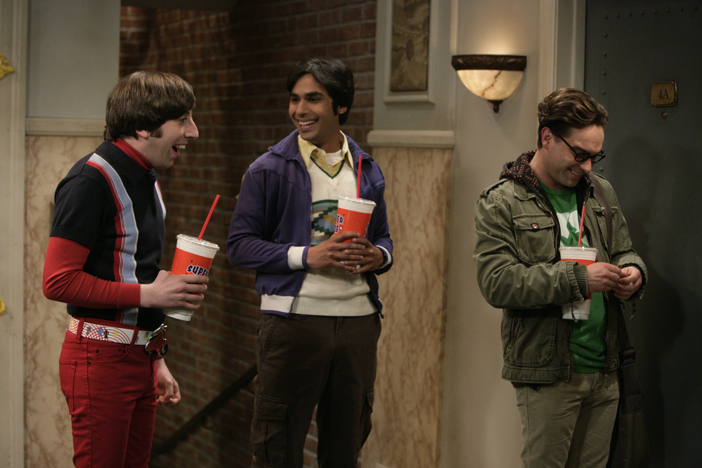 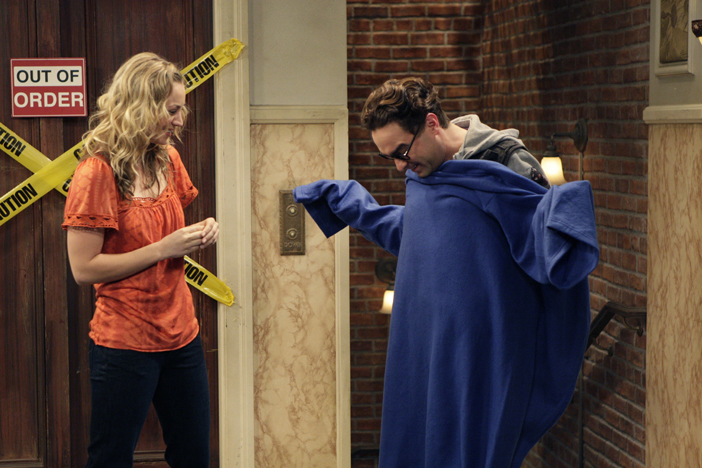 Prep time is very minimal, with each episode going from script to screen in five working days. “We finish shooting one episode on Tuesday night, and then are handed the next week’s script,” Silver explains. “At 10:00 a.m. the next morning we go from page to page. We are expected to be able to answer all production-related issues at a round-table meeting.”

“The Big Bang Theory is never visually boring,” remarks Silver. “We have been to outer space and on research vessels in the North Sea. In one episode, Sheldon genetically modifies fish to become goldfish lantern nightlights. In the tag of that episode, a glowing goldfish is the key light for the scene, and in another episode, our characters limbo through a matrix of laser lights.” 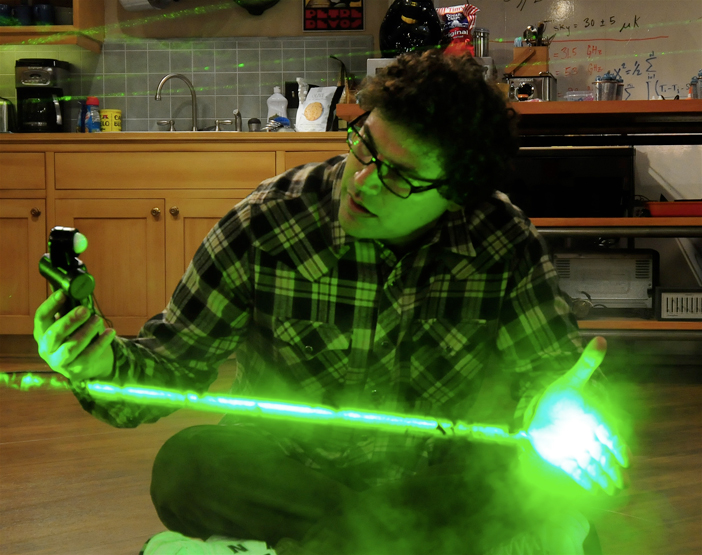 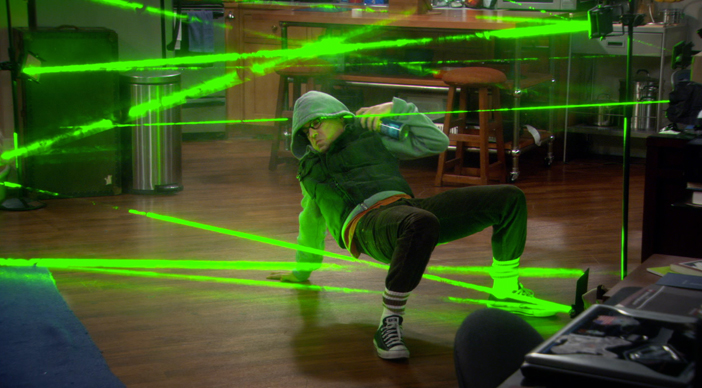 The cinematographer decided to submit the steam tunnel segment from “The Expedition Approximation” (Season 8, Episode 6) for Emmy consideration. In this episode, Sheldon and Raj Koothrappali (Kunal Nayyar) venture into Caltech’s steam tunnels to simulate a dark matter research expedition in a salt mine. “After seeing the movie Matewan (1987), shot by Haskell Wexler, ASC, I have always looked forward to solving similar challenges myself; shooting in close quarters with limited lighting sources.”

“After reading ‘The Expedition Approximation,’ I realized that we would have to introduce headlights to the safety helmets that our actors would be wearing during the steam tunnel scenes,” explains Silver. “I asked Scott London, our prop master, for three sets of these lights so that they could be customized for a variety of situations.” 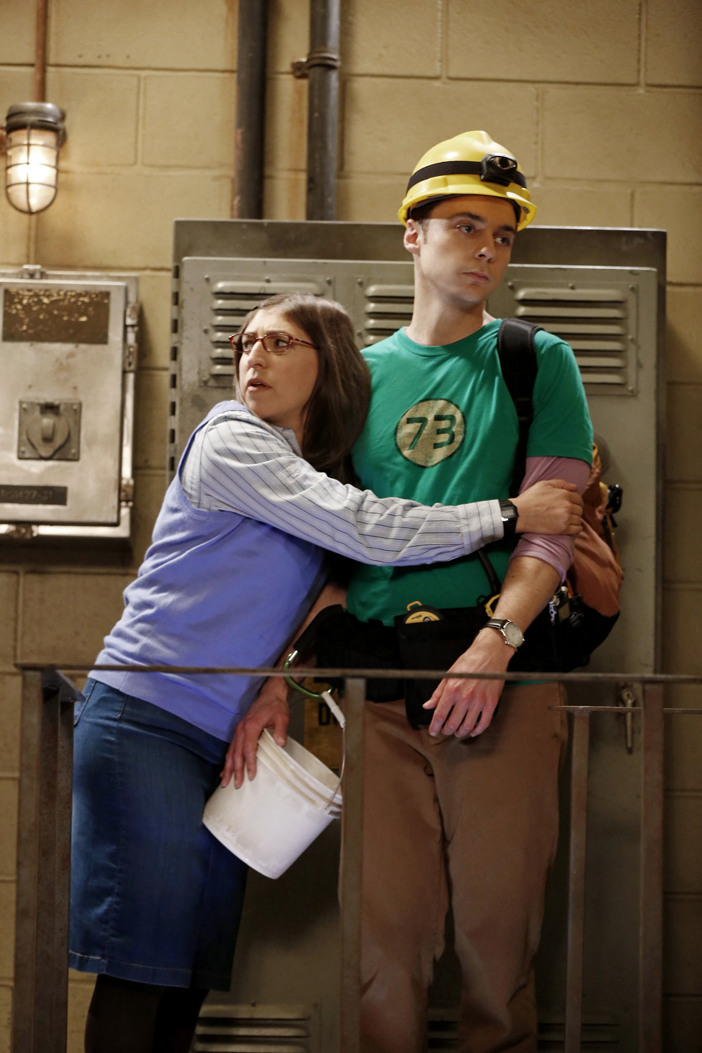 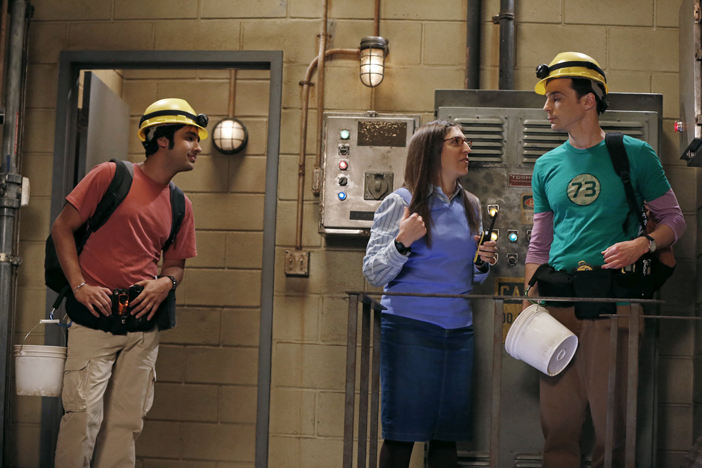 “The Big Bang Theory cast is extremely easy to work with,” notes Silver. “They are more than happy to hit a mark for camera, or to wear the type of lighting accessories required in an episode like this. Mark Cendrowski, our director, is extremely accommodating; he will protect the actors’ comfort at all costs, while fighting for the best production value possible for the show.”

The steam tunnel set featured a 4’x4’ tunnel spanning 30’ long, along with a utility room set on risers. The utility room had a metal floor hatch with a ladder extending down into the steam tunnel. “I proposed that we build a vertically tall set that allowed us to play with some of the dialogue as the characters descended the ladder,” Silver explains. “This set allowed the audience to understand the depth of the tunnels and help relate to the claustrophobic conditions the characters faced. Mark immediately embraced this new set, and staged and timed the blocking of the scene perfectly.” 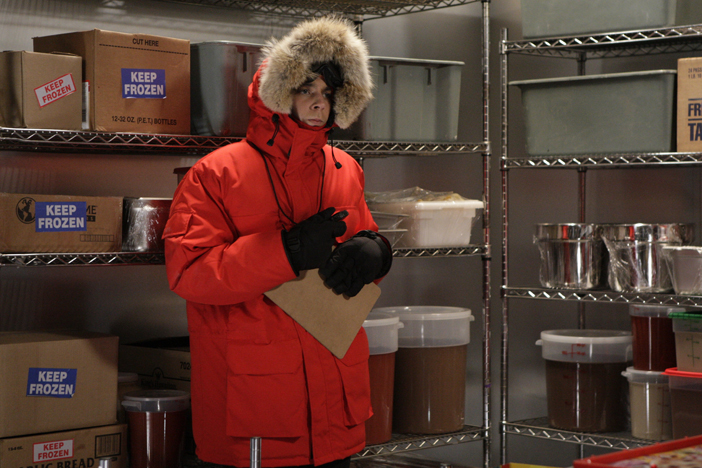 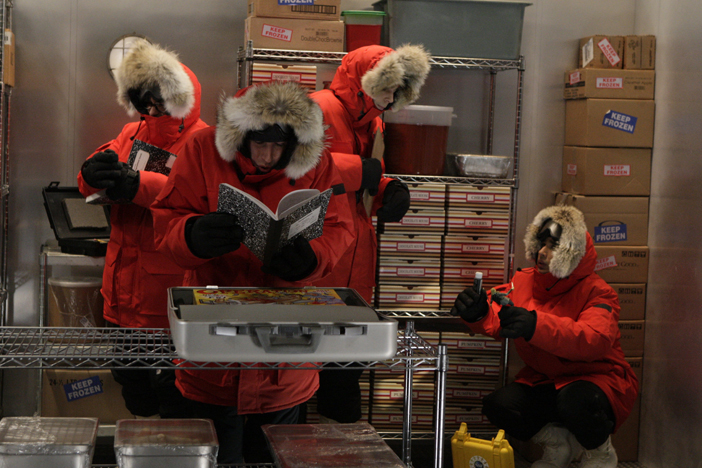 “The steam tunnel set was built to pull apart,” reveals Silver. “We first shot out the angles with the tunnel walls in place. In an early meeting Mark and I decided where the side walls would came off in order to get a camera in place for over-the-shoulder shots on each side. The actors’ headlight density was set up to three different levels. That way the light was controllable and flared perfectly to my liking. The dimmest density setting was where the camera could shoot a close-up with a direct front light into the lens. A mid-way density setting was used for the masters where both sources could be seen, and an even stronger level allowed for these same practicals to illuminate the actor facing the camera. The final look is natural and believable. The actors were able to have control of the scene without any interference. This all may seem unnecessary, but not a single moment of the footage is unusable. This setup also made for a quick shoot in an extremely uncomfortable set.”

“Typical of a multi-camera studio show, my gaffer John Greene lights with Mole-Richardsons, tweenies, babies, juniors, and 2K ziplights,” says Silver. “We then add specialty lighting as needed. In our steam tunnel we had LED strips hidden to create an ambiance of photographic darkness. The headlights on the actors’ helmets were the main illumination of these scenes. For our cameras, we shoot the show on four Sony F55s and our lenses are two Panavised 19-90mm Fujinon Cabrios, two Panavision 11:1 Primo zooms, and one 17.5-75mm Panavision Primo zoom.” 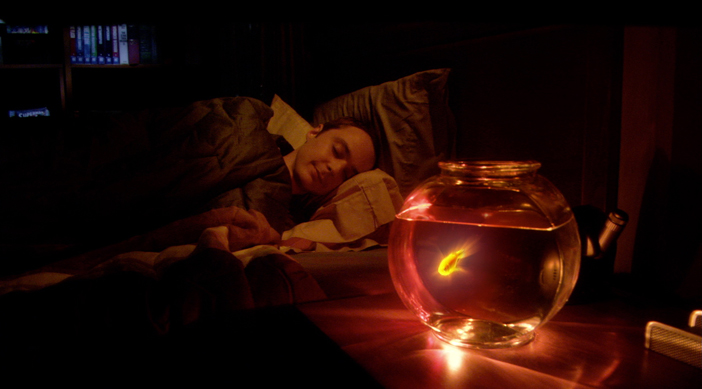 There was not much in the way of alterations during the DI process. “At the end of the tunnel I had my key grip David Pierce set up an 8’x8’ blue screen. This allowed us to make the tunnel look as if it is continuing indefinitely. In the end, the footage was reasonably close to what we delivered in final color. Although we have extremely limited prep time on Big Bang, with such a talented crew and our ridiculously prepared director, anything is possible!”