Nowhere is this desire to be first more prevalent than when we comment on something online. We want our voices heard, and we want to be the leader forming the opinion and not just the followers parroting it. For good or bad, the Internet is our own personal soapbox. And if we had to pick a year when the conversation shifted from our mouths to our thumbs, it would be 2007: Facebook had become mainstream by then, by opening itself up to anyone with a registered email (Sept. 2006); Twitter sent its first tweet (March 2007); and later that year, the iPhone was launched (June 2007).

While thankfully, for the most part, we’ve moved on from the literal comment of “first” to a more engaging conversation, we still carry this love of tearing popular things down at the first sign of a slip-up. This is especially true with films – everyone can be a critic now thanks to the speed of the Internet. There’s an army of writers and bloggers swamping readers with prewritten obituaries before they’ve even seen the completed project. We’ve noticed the same sharebait-induced headlines aim for Marvel’s Ant-Man – here, here, here, and here, among others out there already proclaiming Ant-Man a failure. Knowing the history of the Marvel Cinematic Universe, we’d like to respond to a few of their “arguments”… and show why they’re wrong. “Ant-Man was in trouble when Edgar Wright left”

Wright left the project in May 2014, and it’s never a good sign to see a director leave so late in the process, but it’s not like Marvel handed over directing duties over to the production assistant who just walked in with the Starbucks order.

Director Peyton Reed was on the short list to direct Guardians of the Galaxy and was attached to direct a Fantastic Four movie ten years ago. So even though you may not be as familiar with him, Marvel Studios head Kevin Feige was, saying, “Peyton was always on our lists, and so when this happened and Edgar [Wright] said ‘Not for me,’ we met with a handful of people, but Peyton was always one that I thought would be great.” Remember, this is the guy who picked the Russos to direct Captain America: The Winter Soldier and the studio that thought Jon Favreau would make a great Iron Man movie.

All we can say to that is “I am Groot!” If Marvel can make Guardians of the Galaxy, a film showcasing characters no one outside of the Merry Marvel Marching Society had ever heard of, you’ll just need to give Ant-Man a little time to grow on you. Think about it, James Gunn took the chubby guy from Parks and Recreation and made him into a chiseled action hero. Marvel created Groot, who says the same exact three words for an entire movie, and turned him into one of the funniest, most heartwarming, and cutest characters this side of Pixar. Hell, they even made Michael Rooker’s character, Yondu, the scariest guy to whistle a tune since Omar Little.

And before you say GotG was a fluke, let’s go back to 2006. Spider-Man and the X-Men, Marvel’s best-selling properties, were both locked up in deals with other movie studios, leaving Marvel its lesser-known characters. That May, when Marvel Studios began production on Iron Man, the Iron Man comic sold 50,300 copies in the comic shops, making it the 62nd highest-selling comic that month. Fast forward to 2008 and the newly minted Marvel Studios was about to release its first film starring the guy from Ally McBeal (Robert Downey Jr.), directed by the guy from Swingers (Jon Favreau), about a character no one outside of a comic book shop was familiar with.

It seems hard to believe, but Iron Man was a risky move at the time and had it not worked out, it probably would have ended Marvel Studios right there. The point is, Marvel Studios is built on nothing *but* second-tier characters. 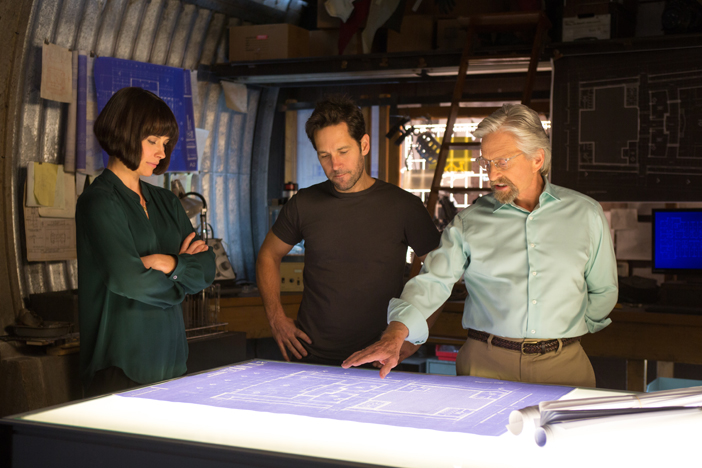 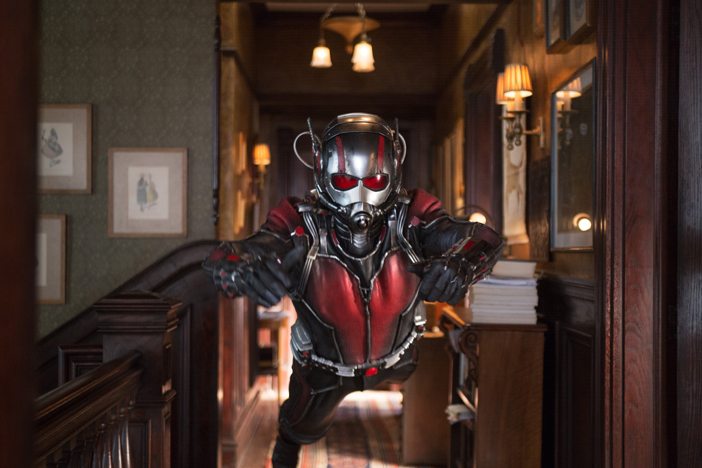 If you forgot already, no one… NO ONE looked at Chris Pratt on television and saw “space cowboy action hero” three years ago. No one saw Robert Downey Jr. as a snarky billionaire playboy superhero in 2006. No one saw Chris Hemsworth as an Asgardian god of thunder… well, OK, we’ll take that one back. That one seemed pretty easy to see. But the overall point is, Marvel has been like the New England Patriots of filmmaking: picking up unknown, washed-up, or unproven players to handle the big plays and winning the Super Bowl at the box office year after year. Paul Rudd wouldn’t have been chosen if Marvel didn’t think he had the same ability to draw audiences into his character the way Chris Evans or Tom Hiddleston can.

Nonsense. The greatest strength Marvel has as a studio is the ability to connect its films in such a way to feed the overall larger story. Part of the Marvel draw is to see where and how individual films connect in the cohesive universe the studio is creating. The biggest complaint heard about Thor: The Dark World, Iron Man 3, or Captain America: The Winter Solider was “Where are the rest of Avengers?” If the film was just a straight-up standalone film with ZERO mention of anything else happening in the Marvel Cinematic Universe, it wouldn’t feel like a Marvel movie.

“Great Marvel Studios movies are over”

This is the proclamation everyone has been waiting to make ever since Warner Bros.’ Green Lantern flopped in 2011. One stumble, one hiccup in the never-ending stream of record-breaking grosses from comic book films and everyone wants to be the first to write an obituary.

The thing they always overlook? The never-ending stream of record-breaking grosses from comic book films.

According to Boxoffice Mojo, six of the top ten highest-grossing weekends and four of the top ten all-time highest domestic grossing films are (currently) comic book projects. The biggest opening to date in May was Marvel’s The Avengers. The biggest in August, Guardians of the Galaxy.

The entertainment industry has shown time and again a willingness to take an interest and ride it into the ground for as long as profit can be squeezed from every aspect of it. But how long do comic book movies need to be successful before they move from fad to genre? 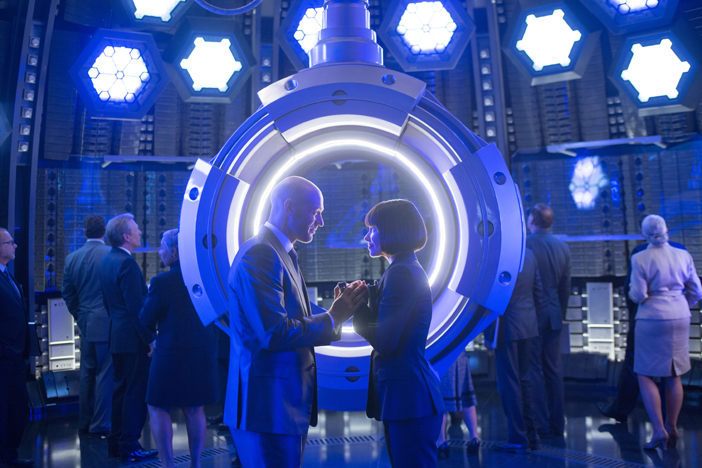 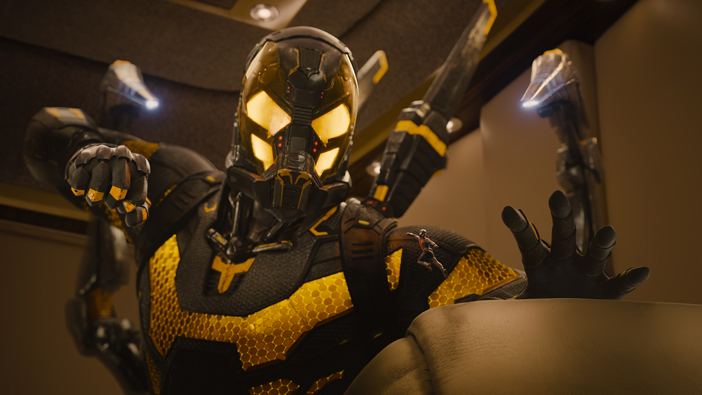 Let’s say the “fad” started in 2008 with Iron Man. Marvel, Fox, Sony, and Warner Bros currently have THIRTY comic book–based films scheduled over just the next five years. That will take us through to 2020, a full twelve years after the start of the fad. Even if box-office receipts start to dwindle, they have so far to fall it’s hard to imagine that in 2020 we will see the last comic book film ever.

We don’t know what’s going to happen when Ant-Man premieres on July 17. We’re reasonably sure it won’t do the brisk business with which Avengers: Age of Ultron started off this summer. But even if it makes back a fraction of its reported $130 million budget, does that mean any of the doomsayers will be right about Marvel Studios’ demise? Of course not. Did you forget about the entire Phase 3? It just means at some point, maybe when Earth is being swallowed by a black hole that was formerly our sun, and comic book movies will have run their course, someone somewhere will get to say, “See? I told you comic book movies would die out. I was the first one to say that.”