When we heard cinematographer Rachel Morrison was part of Dope, we knew it was going to be visually intriguing even before we even saw the first frame. Her handheld work is something we’re jealous of, and what she’s been able to accomplish on tight schedules in the past is freaking spectacular: “You did what in how many days?” It just makes us wonder what the cinematographer could do with even more. Now working alongside writer-director Rick Famuyiwa, a name you might recognize from The Wood (1999), Morrison has lensed a rhythmic story that finds a harmonious beat between the visuals and acting.

Dope follows high-school senior Malcolm (Shameik Moore) and his two best friends Jib (Tony Revolori) and Diggy (Kiersey Clemons) doing what they like doing – referencing ’90s hip-hop culture, nerding out on good grades, and forming their own punk band, or what people from their hometown of Inglewood, California consider “white stuff.” The trio regularly gets picked on at school and made fun of by gangbangers, but after a chance encounter with Dom (Rakim Mayers, better known as A$AP Rocky), they wind up with a backpack full of drugs, looking for a way to get rid of them that doesn’t include getting themselves killed. The film is littered with high-energy scenes and dialogue that borders an uncomfortable edge, but it still wraps a story worth watching. When Dope sees its release June 19, the hashtag #Lily may take on a whole new meaning. We sat down with the cinematographer to see how it all came together.

Saying you’ve been busy since the last time we talked might be an understatement. Have your houseplants died yet or are you still finding time for yourself?
Well, luckily I have a house with mostly outdoor landscaping (California natives and such) or else they would most definitely have died. But you know in addition to all the films, I had a baby, right?

What? That’s amazing.
Thanks.

Congrats – so happy for you. Not sure how to transition since I’d rather talk about baby stuff and how cool of a mom you’d be, but how did you stumble into Famuyiwa’s project?
Nina Yang Bongiovi and Forest Whitaker approached me for this after working with me on Fruitvale. They are very different projects, but Nina saw the potential for something special in Dope as well.

In your early conversations with Famuyiwa, what kind of personality did he want the film to have?
He wanted it to be fun, frenetic, and have an energy to it, while still raising important and thought-provoking questions. 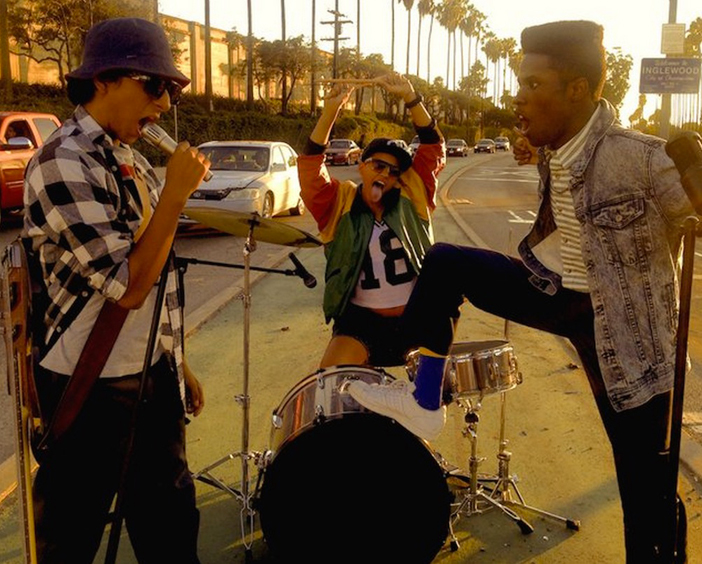 What we enjoyed was how much of an ‘80s/‘90s feel it had even though it took place present day. What kind of references were you two drawing from for its look?
We referenced films from Pulp Fiction to Bottle Rocket, from Friday to Boogie Nights as well as ’90s hip-hop and contemporary Afro-Punk, not to mention a ton of ’80s and ’90s fashion.

We know how much you love film, but how much did you enjoy shooting anamorphic on the Arri Alexa for Dope?
I shot anamorphic on Cake as well, and really fell in love with it as a tool for visual storytelling. There is a subtle diffusion built in to the Panavision G series glass and the bokeh [the way the lens renders out-of-focus points of light]has this incredible ‘otherly’ quality that really helps tone down some of the digital sensibility.

Sounds like the Panavision glass series worked great. Did you have a workhorse?
The 40mm (E series) was our workhorse on this film. We were close and wide much more often than most films I tend to shoot.

Your handheld work is something to admire. Can you give any pointers for someone starting out?
To keep handheld subtle, use your elbow to rest on your hip as a third point of stabilization. More than anything though, trust your instincts. As a handheld operator you should always be reacting, not anticipating – this comes from your heart and your gut, not your head.

The lighting for Dope was very naturalistic. What fixtures did you look to to help spark the interior high school scenes?
We changed out all the overhead bulbs to daylight balanced tubes then we used HMIs through doorways and windows to create shape and contrast.

One of the more colorful scenes was Dom’s birthday party at the Verse nightclub. What was your approach to cover all the drunken, dancing debauchery?
We built and lit the club in a raw warehouse space. We made a “poor man’s grid” out of speed rail and C-clamps and hung 4×4 Kinos for tone. Then we had Molepars, runners, and other moving lights on a dimmer board, as well as theatrical Kino tubes which we hung vertically for bright colorful practical sources.

How was it working with key grip Greg Flores and gaffer Kyle Warmack?
This was actually their first time working together, but definitely not their last. Greg and his grip team were instrumental in helping to keep the camera moving – from golf cart rigs to dolly/sliders. Kyle and his team I relied on to always be one step ahead. Since we had so many locations but no dedicated rigging crew, Kyle and his guys were always leap-frogging locations so that by the time the main unit showed up, we only had to tweak and finesse. Kyle is basically my other set of eyes.

Did they build any fixtures that were out of the ordinary to help the project along?
Yes. But if I told you what they were, I’d have to kill you.

Hahaha. One of the more memorable sequences was with Lily (Chanel Iman). The scene where she abruptly runs from the car was hilarious. That definitely had to be one of your bigger stunt days on the film, right?
Yes. That and the car chase were actually shot on the same day so it was definitely the biggest stunt day on the film. The extras were given cell phones by the prop department to ‘shoot Lily running across the street and peeing in the bushes.’ They did an incredible job. Except no one actually told them to press record. Needless to say the prop department and the AD department got into it over whose fault that was. The jury is still out on that one ;) 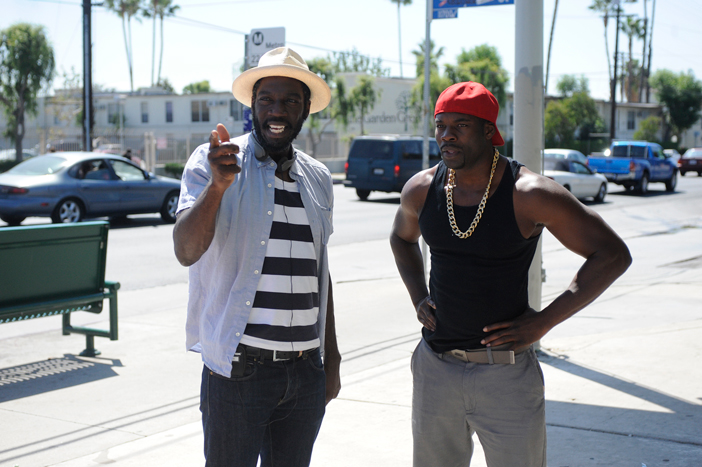 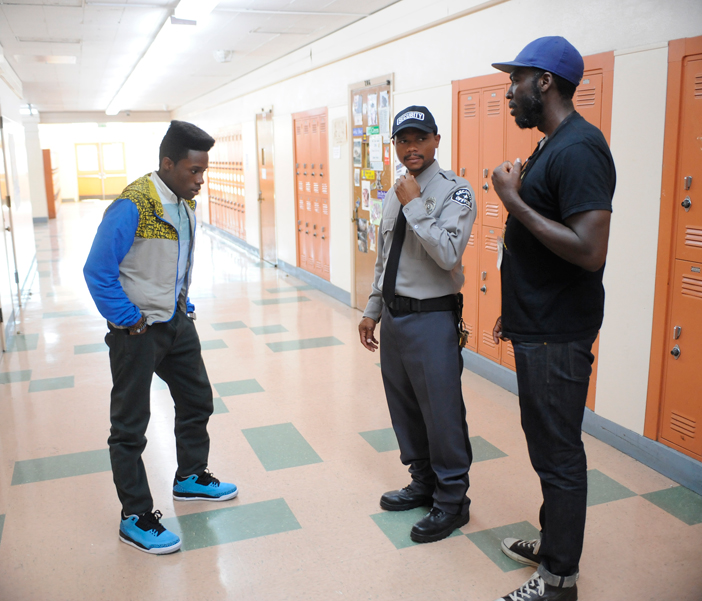 You play with Malcom’s eyeline as the film progresses – giving him confidence as we go. Especially the two scenes with Austin Jacoby. Did you and Rick pinpoint those subtle visual storytelling ideas in prep or did they come out more organically on set?
Very astute to notice that! We knew the specific character arc and so we made conscious decisions to complement his development as it pertained to the story.

Since music was so influential to the story, did set have any playback going so you could match camera movements to the soundtrack, or was all of it chosen later during post?
I wish! Would have been so much more fun on set if Tribe Called Quest or Public Enemy was playing.

Definitely – Tribe is great. We could pick a few scenes that we gravitated to the most, but did you have any audiences should keep an eye out for?
I’m a fan of the club scene and the bitcoin black market exchange scene. Mainly because we started from scratch to make them what they became.

Ya, that bitcoin black market scene is great. You can see Malcom’s character really come into his own. Can you share your experience with the color grade?
I worked with Dave Franks at Local Hero Post. Leo Marini oversaw the project, with Dave doing all the day to day and matching work. We started with a basic film emulation LUT that was aimed at like a vision 2 or vision 1 level of contrast and then pulled back on the saturation. We were shooting two cameras with anamorphic lenses that are a bit older and don’t match perfectly, so honestly the biggest challenge was the subtle art of matching shot to shot. It truly is an art form. We also experimented with adding different amounts of grain and landed with a subtle but visible amount.

On screen, everyone looked like they were having a lot of fun making this film. Was it the same behind the scenes?
Yes and no. It was an amazing crew and we had fun every moment we had a chance to breathe but it was truly a sprint to the finish. We had about a million locations to shoot in twenty-four days and it was about 105 degrees in the Valley during our exteriors. So when we weren’t panting, fainting, or crying, we were definitely laughing!

Three directors you want to work with?
Lynne Ramsay, Kathryn Bigelow, Spike Jonze, Paul Greengrass, Wong Kar-wai, Ryan Fleck & Anna Boden… so many more.
Dutch tilt or Hitchcock zoom?
Both at the same time. How god-awful would that be!?!
Better eats: Indian or Thai?
Tough call. Indian?
A book everyone should read?
The Moor’s Last Sigh by Salman Rushdie. Also Shantaram.
Over-the-shoulder or two-shot?
Over the shoulder, any day of the week.