I love commercials. I was a commercial junkie growing up and wanted a career in them before switching to scripted television and then later landing here at Sound & Picture. When they are good, you don’t forget them. I used to visit adcritic.com daily and I’ll never forget the first time I saw John West’s “Bear & Salmon” ad. It’s simply perfect – humorous storytelling wrapped inside an ideal box of brand association.

When I watched Scotts new “EZ Seed” commercial, it took me back to those adcritic.com days. The spot is magnetic. It pulls you in with its simplicity, then uniquely crafts a story you don’t see coming. Most people will probably say “Relax, it’s just a commercial.” To those skeptics, I’m not exactly sure how boisterous I’d become to express my disagreement, but commercials are by far the hardest stories to tell. As a viewer, we already “know” what they are, and if they’re captivating enough to keep you from changing the channel, you have to respect that. But more important, when a commercial is over, do you actually remember the product it was selling? The EZ Seed spot did all of that for me and then some. It was Toronto-based filmmaker TJ Derry who directed and acted as cinematographer on the commercial, so we sat down with him to see how everything came together.

This spot has a unique visual tone from some of their past campaigns. Can you share with us how you got involved in the project?
Having a client that’s willing to take a leap is the first ingredient necessary going from concept to picture. The creatives at the agency were interested in taking this into a dark and visual place; so they brought me on, based on my previous work with the Canadian Tire “Maximum” campaign.

We really liked how you set the table with the opening shots. They show so much with doing so little. Is that one of the hardest things to storyboard in commercials because of the time you have?
Establishing shots aren’t something that I try to overexplain in preproduction generally. This particular low-angle, wide master is a hard working shot, and because of that, we took a lot of extra care placing set pieces based on what our camera was seeing. To me, the most important shot in a spot is the master, it sets the geography of the scene and allows the viewer to decide what to look at and take in rather than being shown. I don’t like claustrophobic shooting, I prefer to be able to breathe with a spot and look around. 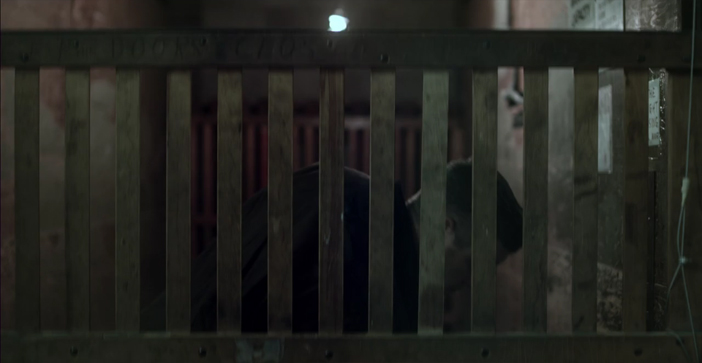 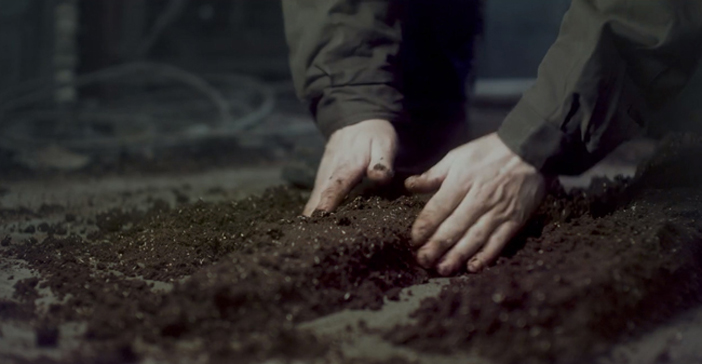 You’ve done a bunch of music videos and features besides commercial work, but did you look to any specific material for the color palette and feel for the spot? It kind of has a “Breaking Bad meets Requiem for a Dream” feel to it.
I looked at Fight Club a number of times during previs for this spot. I love what Jeff Cronenweth did with practicals as a means to accent and even key his shots. We built this set in a photography studio, so everything from the cinder block walls, the HVAC, and old plumbing were brought in and mounted. So it was important to be able to conceal these artifices by lighting and treating them appropriately, making them appear seamless. My production designer Mathew Long and Gus Franco deserve a lot of credit building this set, it looked amazing.

For the gear fans out there, what camera and glass did you look to for creating the commercial?
I had just purchased the AJA CION a week previous to shooting this, so I decided it’d be the best proving ground for the camera…especially given the slower rating on the sensor. As a note, the camera far exceeded my expectations. For lensing, we went back to the old Zeiss Super Speed MkII Super 35 primes. They have a really great coating and produce interesting flares and artifacts. We also used a Tiffen Black Pro-Mist 1/2 filter across the whole spot to soften and diffuse things a little.

It doesn’t look like there are too many handheld shots in the piece. It’s great. It really subliminally adds a strong dynamic to the brand. Shows strength. Was that what you were hoping for when you went that route?
My thinking was that, as a voyeur in this basement, the camera needed to be locked down at all times. To me, even slight handheld movement makes things feel as though someone is there observing what’s happening, and to me this was counter to our tone. It needed to feel lonely and slightly uneasy leading up to the grass time-lapse. 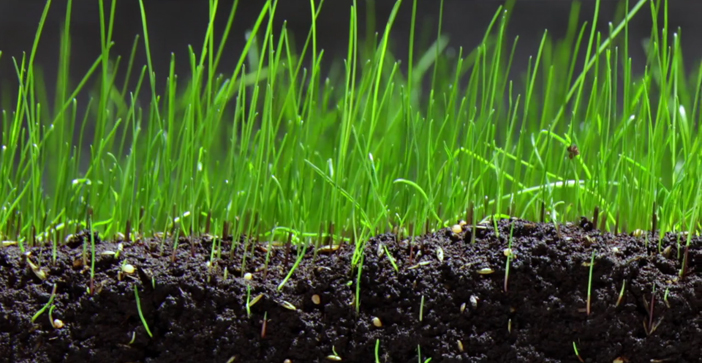 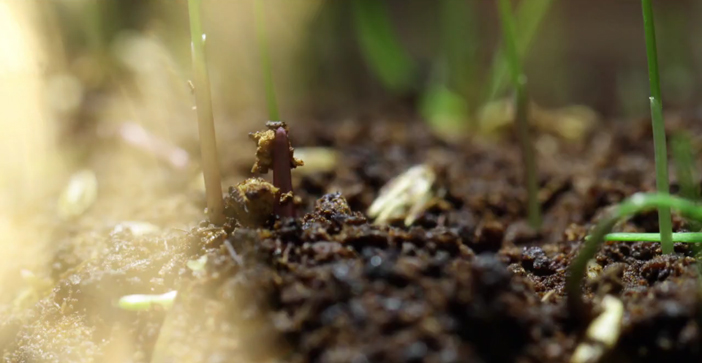 How did you execute the grass time-lapse sequence? It was a lot of fun.
We used Canon 5/7Ds for the time-lapse with Canon L Series primes. I should note that the grass seed is pretty unbelievable. It only took about a week and a half to grow to the length you see in the spot. My operator (Dave Derry) and I did a lot of testing with the grow lights, as they flicker like crazy. We found that we needed to shoot one-second exposures to get a solid, flicker-free image. The biggest issue we faced was the constant watering and drying with the soil. As you water it, it expands, and as it dries, it contracts. It almost has a heartbeat-like pulse to it when sped up. The office staff at Studio M (where we shot this) really did a great job of watering and monitoring the cameras for the two weeks.

Wow, that’s pretty amazing. Only two weeks? With the darker look, were you pushing the ISO or did you keep things native to the camera?
We shot at 500 ISO mainly and stopped down to a T.2 on the lens. I did a few quick tests with the CION beforehand and found nothing discernible between 320 and 500 as far as noise or latitude. When we shot, my meter was reading “EU” for our ambient light, so everything was more than a few stops under, but 500 just gave us that little extra nudge to close the lens down a little. It worked out perfectly because the camera still dug into those really underexposed low-light areas.

How did you look to augment the lighting for the spot? We get to see a few practicals in the ceiling, but what else did you have to put in at the location?
I decided that we’d use China balls as the main source of base exposure. They’re extremely cheap and simple to rig just about anywhere. We put each China ball on a dimmer and loaded them with 5600K LED bulbs, gel’d with 1/2 CTO to warm them up a little. We then skirted them to keep them from spilling. We also snuck little LED light panels all over the room, back-lighting and top lighting our actor.

Can you talk about working with the final grade in post? How dark did you want to push the images before the client said it was too much?
My colorist (AJ McLauchlin) and I pushed this one pretty hard into the dark, ominous look. The client more-or-less loved the look and was onboard for almost everything. Of course, no ad is complete without some pushback, so we found a nice happy medium and everyone was really happy in the end.

A place we should all visit in Toronto?
The Toronto beaches.
Two-shot or over-the-shoulder?
OTS!
Better superpower: Read minds or stop time?
Stop time… reading minds is creepy.
Name one of your favorite TV shows?
Curb Your Enthusiasm (currently)
Your go-to light fixture?
Softbox