Friday, March 20th: I started off trying to get into Stubbs for the Spin Day party, but the lines were long since it started to rain. So I retreated into Beerland for the Gnar Tapes / Deep Secret / Strange Victory Touring Showcase Party. This was probably the best move I could have made as a band I had wanted to see, The Lemons, were setting up. They plays songs in the popular lo-fi, garage rock way, but their melodies are extremely infectious and soaked in early surf rock influences that had the crowd dancing like they were in a ‘50’s beach party movie. Live, it’s easy to see The Lemons clearly enjoy performing together. Much like their songs – many of which clock in under two minutes – The Lemons set was short and sweet, leaving the audience wanting more.

I was on my way out the door, once again to brave the rain in an attempt to get into the Spin Party at Stubbs when I heard someone call out Unkle Funkle from the stage. I stopped in my tracks and turned around to see the drummer from The Lemons, James Swanberg, in full wrestling trash talk mode, continue to call out Unkle Funkle and claim to be the new “Gnar/Burger Man”. It was both awesome and hilarious. I made my way back in to find that James’ other band Today’s Hits was about to perform. After some issues with the electric guitar – turns out he forgot to turn the volume up – the band was ready to perform. With their ultra lo-fi songs about girls and getting wasted done in a 50’s pop song style, Today’s Hits fit perfectly into the Gnar lineup for the day. Having a good time at the party, I decided to stay a bit longer to catch Cleveland native Gap Dream. Normally a solo act, he through the crowd and the sound guys at Beerland for a loop when he decided to play with a drummer and the aforementioned Unkle Funkle on bass. The result was interesting as it was a new way, for me at least, to experience his songs. The set seemed the shortest of the day and the crowd demanded more. Gap Dream came back and faked the crowd out, playing a bit of “Generator” before cracking a big smile and unplugging. 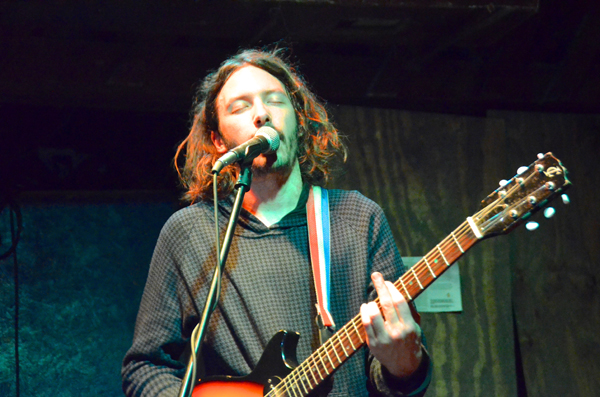 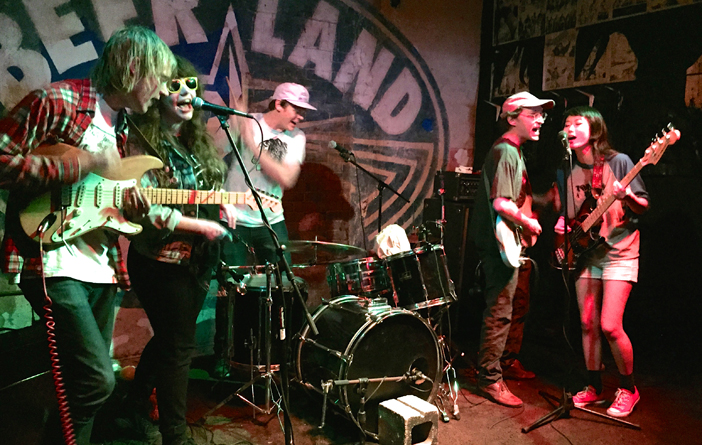 At this point it, I figured it was worth heading out into the rain and giving the Spin Party at Stubbs one last try. I mean, Run the Jewels was about to go on. I’ve seen the much hyped hip hop duo a few times already, but they put on such a great show that I just had to see them again. Luckily, I somehow managed to walk right in and secured a spot close to the stage in a packed crowd who were eagerly awaiting the first notes of Queen’s “We Are The Champions” – Run the Jewels’ entrance music. Run the Jewels makes amazing, important hip hop music and they do it with a smile. It’s probably one of the main reasons I like them. They’re being smart and they’re being funny and they’re really, really enjoying themselves. When a band has a great time on stage, that love infectious and bleeds into the crowd. And the crowd loves them back. The group blew through a number of songs off both their albums and left nothing but smiling faces as the crowd.

I decided to run over to the Eastside and hit up the Audiotree Party to see Hey Rocco again. Even outside and in the rain, poncho-wearing lead singer Nathan Jake Merli and crew sounded great. The packed crowd huddled close under the tarps trying to stay dry and intently watched as the band tore through a quick set of power pop indie rock. They write excellent melodic songs with hooks you can’t get out of your head. This young band and their radio-friendly sound and youthful lyric is destined to be on your radio soon.

After changing into so dry clothes, I headed to Bar 96 just in time to catch the end of Palma Violets. The hook-filled British garage rock band has gotten really good reception in the states and the crowd at Bar 96 was also really into it. I think I even saw a tiny mosh pit break out at one point. Energetic and loud, the Palma Violets are a fun band to see live. 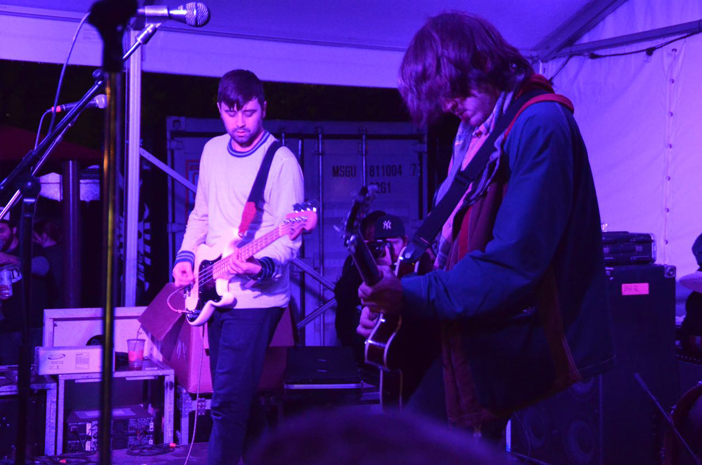 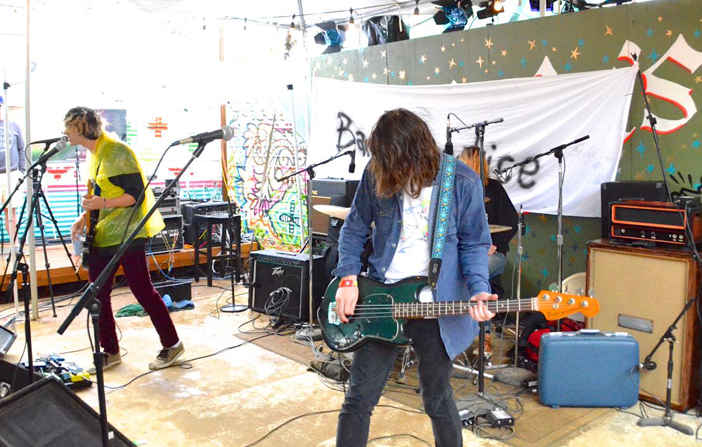 But I was back at Bar 96 to see Cloud Nothings again. I can’t say it enough – this power rock trio is firing on all cylinders and while the albums are fantastic, you really need to experience them live. Their a tight unit that really jams out on their songs, playing at 110% for the full set. And the crowd went absolutely nuts for them again. A good sized mosh pit was going throughout the set and despite being the last band set to play for the night, the crowd seemed to keep getting bigger. They’ve come a long way over a short period of time going from a poppy bedroom project to one of the best rock bands I’ve seen live. They’re an absolute must see if they come to your town. I can’t think of a better way to have ended SXSW then getting the chance to see them play again.