Here’s a great idea for a TV show: take a popular film from the 1990s and remake it into an episodic series for Syfy. Wait, don’t groan yet, this one is actually really good. Being a fan of the original Terry Gilliam film, I was certainly skeptical tuning into the first episode of 12 Monkeys but when it was over, I was immediately hooked. It wasn’t an awful, hokey rip-off at all; creators Terry Matalas and Travis Fickett have made it their own. The narrative follows James Cole (Aaron Stanford) in a postapocalyptic tale as he travels back in time to find and kill the source of a deadly plague that will one day decimate the global population. Better yet, the pilot and series thus far have sounded fantastic, thanks in part to the sound rerecording mix team of Joel Catalan and Mark Hensley at Smart Post Sound in Burbank, CA.

The pair have been pushing faders together for the past four years, and most recently were nominated for a 2015 CAS Award mixing the TV series Cosmos: A Spacetime Odyssey. Catalan, who handles the effects/foley/backgrounds for the mix, notes that he and Hensley, mixing dialogue and music, work at the same time on the dub stage. “I’m not on headphones, and we don’t pre-dub in different rooms and then come together. Mark and I go at the show together. I call it our organized chaos.” After mixing together for such a long period of time, they just know how each other works. “If Mark is working on a particular line of dialogue [recorded by production mixer Doug Johnston], and he’s trying to get out some hum or tone, then I’ll lay off for a few seconds. When he’s done, I continue blowing things up. It really works well and it all comes together beautifully on the dub stage,” adds Catalan. 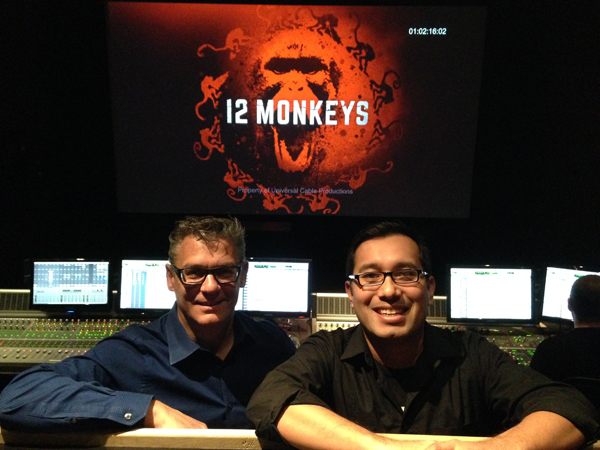 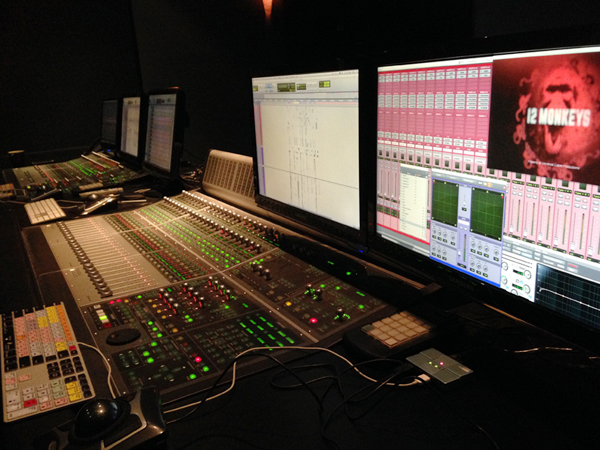 Oftentimes with TV series, there are different directors and writers for each episode. Unlike film, where the director works closely with the sound team, for series work the point person, or people, are usually the show creators. For 12 Monkeys, it’s Matalas and Fickett who communicate their sound ideas during spotting sessions with supervising sound editor Chris Harvengt and sound designer Rick Steele, who then divvy up the work to the different departments. Catalan explains, “Terry really is the one who has the final say. He always has ideas for how to use sound and music in the show. In his mind, it’s this wonderful crazy world that’s going on. A lot of the sound and atmospheres we created with Terry in the pilot really have carried on and grown over the course of the season.”

Division of the sound elements goes to Steele for the sound design and Bob Costanza for hard effects and backgrounds. The foley team consists of foley mixer David Torres and foley artists Tim Chilton, Jill Sanders. Harvengt works with dialogue editor Adriane Marfiak and ADR mixers Paul Aronoff and Matt Hovland. Every department in the facility works in Pro Tools 10. They upload their finished sessions to the main server and recordist Daniel Clifford pulls the various elements to their respective Pro Tools rigs on the dub stage. Catalan notes an episode of 12 Monkeys typically has over 260 tracks of effects, sound design, backgrounds, and foley. “I’m using two Pro Tools 10 rigs because the number of tracks is so substantial. One rig now handles my backgrounds, and another rig handles the hard effects, foley, and sound design.”

With only three days to mix a show, including playback for both the associate producer and final playback for the creators, Catalan feels that just getting through all the material on his side of the stage is the biggest challenge. “Once everything is in front of me I can go through all the sounds, listen to them a couple times, and then come up with a creative way to play them. There’s over forty minutes of content and we’re flying through the show, but we do have time to go back and tweak,” says Catalan. “It’s a really fun show to mix because Syfy doesn’t have strict audio specs like those for broadcast networks.” 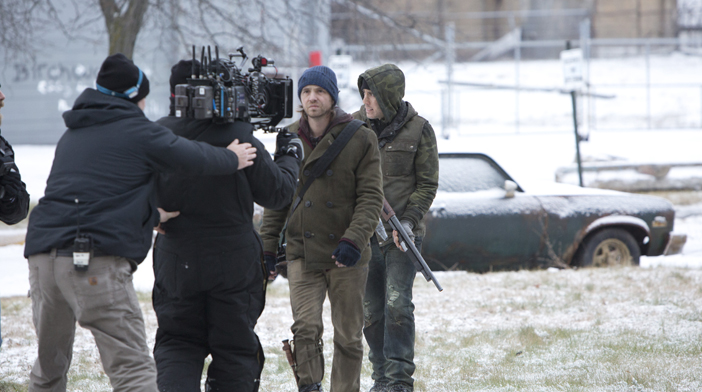 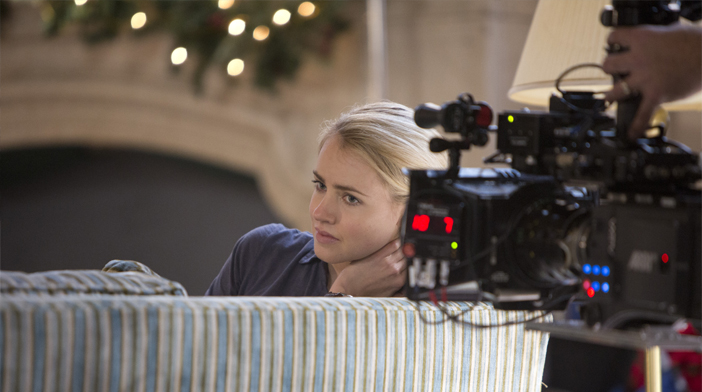 When mixing Cosmos for Fox, Catalan explains he couldn’t push the sound effects levels since the overall level of the show is measured. For Syfy, only the dialogue level matters, so he’s able to go full-tilt with the effects. “12 Monkeys really has a cinematic feel. We pushed the mixes to the max, where we’re like, ‘WHOA that’s LOUD.’ I can put a lot of information into the sub and LFE.”

Catalan uses the Waves LoAir Subharmonic Generator plug-in to really boost the low end. “Anytime we are in the time travel facility, when we’re splintering, there is this thrum sound and Terry really wanted to feel it in his chest. When I get that LoAir cranking the whole room is shaking,” he says. For limiting, Catalan uses the Waves L1 Ultramaximizer plug-in, particularly on fire tracks. “When there’s a scene with fire crackling, I’ll limit it at a threshold of -15 to smash it down. That eliminates any stray pops and makes the track more even.”

12 Monkeys is mixed in 5.1 on Avid D-Commands. Catalan recommends viewers experience the show in 5.1 since they really utilize the surrounds. “On the dub stage we really can explore and experiment. One of the coolest things is to hear Terry say, ‘Whoa, that’s badass. That’s awesome.’ He really loves the sound design. We can get really lost in this series and push the limits. We have a lot of fun with the mix.”

For Catalan, a large part of the enjoyment stems from the creative collaborations that happen on 12 Monkeys. From balancing the show with co-mixer Hensley to creating a unique atmosphere for the characters, to joining sound designer Steele in the edit suite, Catalan relishes bouncing ideas off each other. “We’re part of a team that allows viewers to put aside their worries for the day and just get lost in a new world. As a team there’s power in collaboration, creativity comes from collaboration. It’s not just the job of one person, it’s a job of many, and that’s what we have on 12 Monkeys.”