Now streaming on Netflix, Southcliffe is as grim as it gets, but enthralling enough that you can’t look away. Written by Tony Grisoni (Red Riding), the four-part British import is about a quaint English community that’s been rocked by a devastating shooting spree. “…People don’t commit mass murder in a town like this.”

You can tell from the first few frames that the series is going to be something different. Durkin takes his time with a slow and steady pace, using a stable frame to visually construct the town and the people in it. As we witness Stephen’s journey from ‘normal’ to ‘psycho’, the narrative takes a non-linear approach to storytelling, jumping between events, following different characters and their lives before and after the killings. So pay attention. This isn’t the type of show you can watch while cleaning your house.

The desolate mood is supported with cinematography crafted by Mátyás Erdély (The Quiet Ones). In a fresh take on the noir genre, the sinister atmosphere is achieved not through dark colors, but rather through bleak hues of faded gray. The ubiquitous rolling coastal mists are a menacing, haunting presence throughout.

When we peer into Stephen’s home life, the audience could reasonably expect to see creepy photo shrines or skin suits. Instead, he gently cares for his elderly mum, but his face betrays his acute isolation. As he’s shown washing dishes, the camera tilts up at his lost stare, holding and panning as he sits down defeated, unsure. 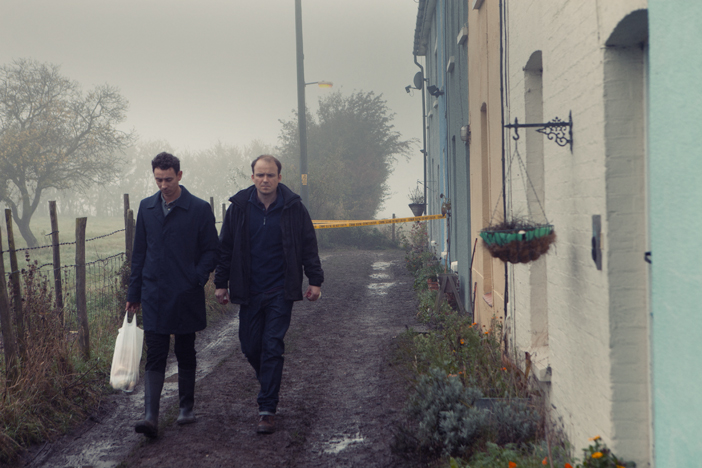 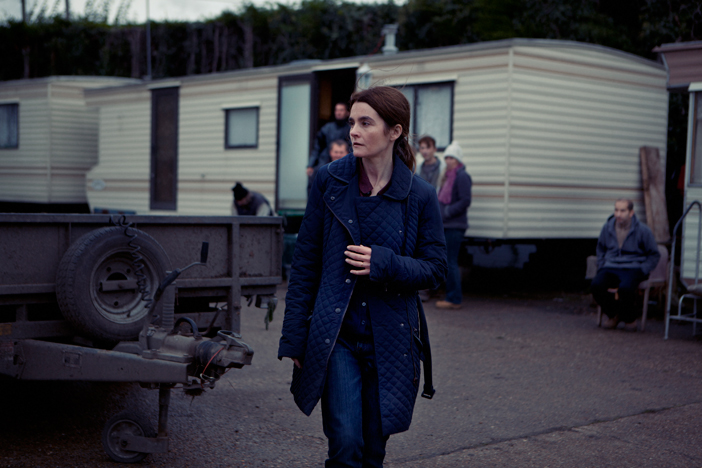 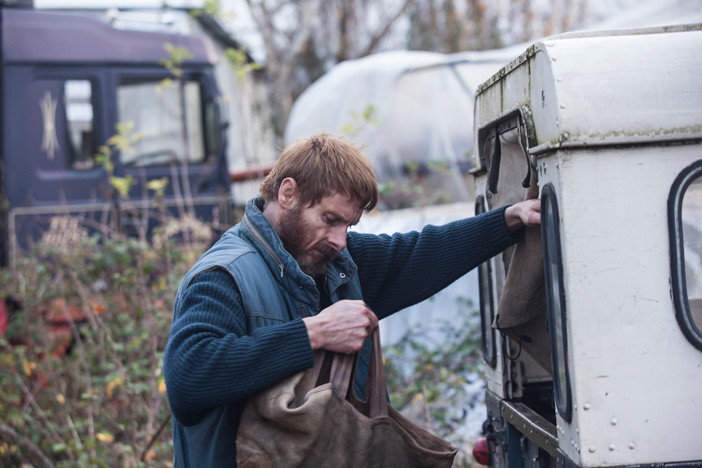 There are red herrings as to who has been shot and as the puzzle pieces start fitting together, the story follows the victims and broadcast journalist David Whitehead (Rory Kinnear) who covers the events of the murders. While the actors give terrific performances, their dull characterizations are the episode’s biggest weakness. They are coldly defined by their bereavement, and more could have been explored than repetitive dead-eyed stares. Even in their pre-tragedy world, they appear numb and tired.

Editor Victoria Boydell generated a tension thicker than the gray seaside mist that’s blanketing the town. A sequence in which Stephen takes Chris (Joe Dempsie), an aspiring soldier, out for impromptu military training proves to be a crucial turning point in the story. The two aim loaded guns at one other, and when Stephen drops his and slowly walks towards Chris, the would-be military man finds he can’t pull the trigger and breaks down trembling into tears. The entire scene was captured from Chris’s point of view with one steadicam shot, never cutting, not even to show Chris’s face, which made the moment more profoundly powerful. Such subtle nuances of filmmaking are peppered throughout the episode.

A minimal soundtrack also helped create a maximum chill factor. Supervising sound editor Paul Davies and re-recording mixer Andrew Stirk eschewed a surging musical score to do the heavy lifting, and instead used prolonged silences to fill scenes with dread. When Stephen open fires on his first victim, the camera pans for a full minute across a bedroom wall with no sounds except for his footsteps shuffling off frame. Never has floral wallpaper been so terrifying.

Skillfully crafted, the debut episode is undeniably elevated television and it certainly delivers in the suspense department. But beware, the viewing experience of the entire series could become an exhausting one.

Beautifully shot and wonderfully acted, Southcliffe might be well worth your time if you can handle a perpetually grim story without much relief.