Catherine Cawood is one tough broad. At first glance you may not think much about the English grandma (played by Sarah Lancanshire), but you definitely don’t want to mess with her in the ironically titled Happy Valley, a British six-part crime series available on Netflix.

Despite its pleasant name, greed and corruption lurk in the small town. Catherine is a well-respected police sergeant who has no trouble taking care of business, but admits to a “complicated” personal life. In a game of whose-life-is-harder with a young man about to light himself on fire, Catherine reveals she is divorced, 47, living with her recovering-addict sister (Siobhan Finneran of Downton Abbey), has one child who passed away, and another she doesn’t speak to, and she’s raising her grandson on her own. Complicated, indeed.

The show alternates between following Catherine’s relationships with her family and a crime that rocks the community. The drama starts with a mild-mannered accountant, Kevin (a wonderfully skittish Steve Pemberton) awkwardly asking for a raise to ensure his daughter goes to a good college. When his boss, Nevison (George Costigan), of the typical arrogant jerk variety, brushes him off, Kevin is left enraged and humiliated. Walter White style, he desperately comes up with an illegal plot to gain some control in his life and it quickly becomes more than he bargained for.

To get the money and teach his boss a lesson, he hires a trio of drug smugglers to kidnap Nevison’s young adult daughter, Ann (Charlie Murphy). Their plan is to collect the ransom and return unharmed. What could go wrong? Unfortunately for Kevin, one of the gang, Tommy (James Norton), just got out of prison and doesn’t like playing by the rules. He’s also (gasp) the man Catherine believes is responsible for her own daughter’s death.

Written by Sally Wainwright, it’s refreshing to see an unlikely heroine take on what’s usually a man’s role while avoiding Lifetime Original Movie clichés. It doesn’t presume to give her superwoman powers (channeling Danny Glover, Catherine sighs that “she’s too old for this” as she fails to outrun some perpetrators) but her determined and aggressive momma-bear mode is completely realistic. 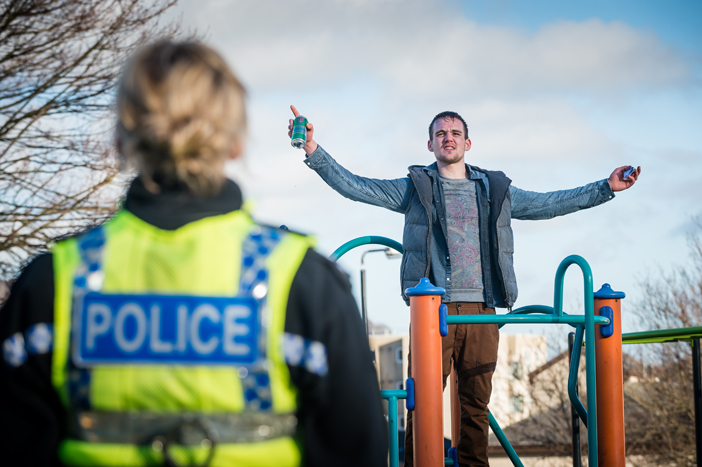 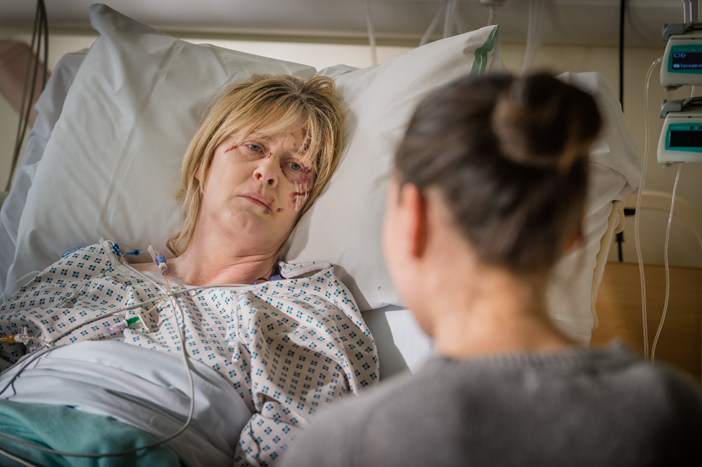 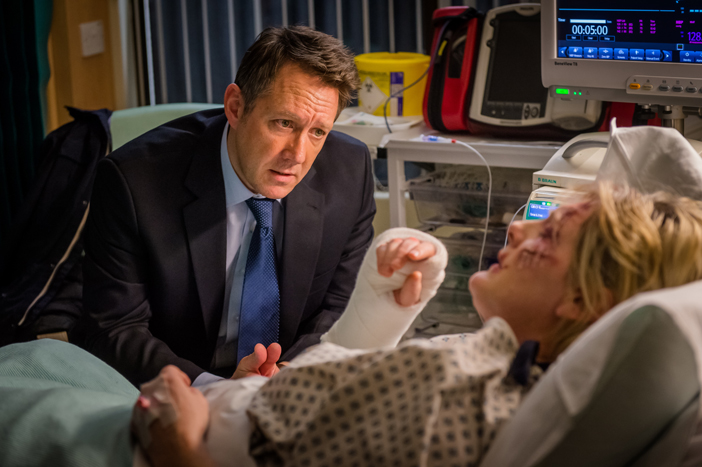 The series peaks midway through and loses a little momentum, but the characters are strong enough to hold interest. Lancashire delivers a knockout performance, serving up a combination of dry humor, grit, and vulnerability. The same could be said for cinematographer Ivan Strasburg, who found the most simplistic ways to frame great storytelling. In a devastating scene where she talks about the tragedy that tore her family apart, the camera stays close to her face, which is all it needs to do.

Tight shots of Kevin’s face are also used to build suspense as he panics about the situation spiraling out of control and contemplates the fears of being caught. The drama delivers plenty of such edge-of-your seat moments with the help of editor Jamie Pearson. In an English version of the “American Girl” scene in Silence of the Lambs, Ann innocently sings along to Kate Bush in her car as the kidnappers are closing in. The violence is brutal, and the scenes with Ann constrained and in the presence of her captors are terrifying.

The beautiful valley colors and damp streets are muted and juxtaposed with the brightly saturated hues of the set design, like the police squad’s Day-Glo yellow and blue vests. The violence is also vivid, but it never feels gratuitous. Particularly haunting are the scenes when Catherine undergoes panic attacks. These severely stressful situations are set against an audial background of piercing ringing sounds while everything else fades away. In horrifying quick cuts, Catherine “sees” flashes of her daughter’s gruesome death.

Props to Netflix for picking up this Fargo-like cop drama. Happy Valley is an intense thriller with a terrific leading character.