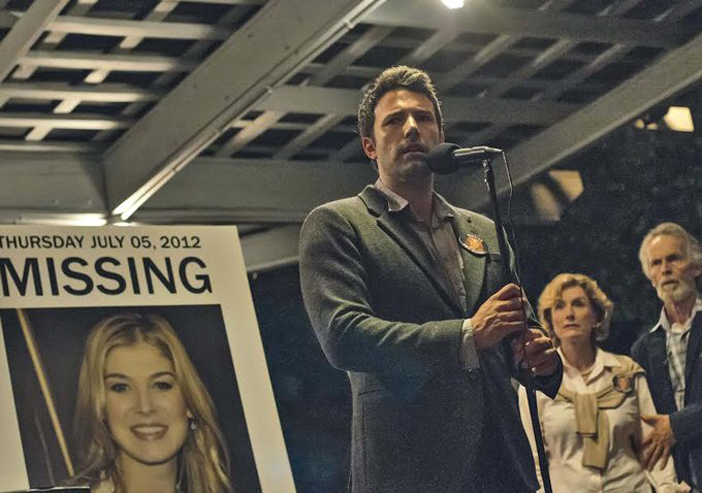 Challenge
The production system and workflow for Gone Girl is the most advanced technical design of any feature film to date. The filmmakers opted to shoot in 6K, but frame for 5K to have an ability to reframe and stabilize, with greater resolution than before. They also wanted to retain control over a majority of the post-production in-house to improve turnaround and reduce overall costs.

“Shooting in 6K, we had a large amount of RED media content to be converted and reviewed,” explained Jeff Brue, Post Engineer. “This, combined with a need for an ability during editorial for every shot to be reframed, posed a unique challenge.”

Fast turnaround of image sequences from shoot, to editorial, to VFX was also key to enabling the creative teams to have time to iterate on shots. The more iterations, the better the final, and Fincher is known as a director who sets new visual standards with each film release. The latest NVIDIA GPU technology was incorporated across all stages of the film’s production including the new Quadro K5200 which provided double the memory and 30 percent faster performance than its previous generation equivalent.

On the back end of the workflow, the NVIDIA GPU-based production system enabled up to 50 times faster transcoding of 6K files to DPX over CPU. This was a huge time-saving benefit that accelerated the project workflow for delivery to VFX. Allowing for more iterations.

However the offline stage was equally demanding, since it was done at a resolution of 2304×1152 for a correspondence to a 5K center extraction window, which is represented in a 1920×1080 timeline. Here, it was important for the editor, Kirk Baxter, to have access to NVIDIA GPUs for near-zero latency on start and stop of playback, real-time repositioning and stabilization in a complete VFX production flow-through methodology. “The footage was finally converted to DPX using a Quadro K5200- accelerated REDLINE transcoder, which performs blazingly fast compared to the CPU. Also, the NVIDIA CUDA implementation was the fastest GPU acceleration available to us—and let our post production pros review more content, iterate more frequently and finish their shots on time,” said Brue.

The film was shot using the RED Dragon camera by DoP Jeff Cronenweth, ASC. While captured in 6K, the creative edit was done at 2.5K as offline ProRes, viewed as 1920 X 1080 HD. The workflow was also able to support up to four streams of 6K multi-cam playback with real-time repositioning, stabilization and color-correction.

Impact
“NVIDIA’s latest generation of GPUs was important to the creative flow of the production.” said Jeff Brue. “The NVIDIA Quadro 5200 was extremely performant in the production by allowing the playback and real time downscaling of 6K to 4K – something that was crucial to ensuring the best post production experience.”

The NVIDIA Quadro GPUs also enable GPU debayering support, eliminating the need for any additional RED ROCKET hardware. “GPU debayering was huge for us, because it allowed us to distribute footage processing across multiple standard VFX workstations rather than relying on a single hero system,” continued Jeff.

As with many ‘firsts’ achieved on Fincher films, Gone Girl promises to deliver the first 6K online review, along with huge cost-and-time savings to the inventive filmmaking team.

“I don’t know how we’d be doing any of this without NVIDIA GPUs. Well, actually I do know; it wouldn’t be with anything less than a 50-node render farm,” Jeff concluded.