Hall H is infamous at Comic-Con for two things. It’s the 6,100 seat auditorium where studios bring Hollywood’s biggest stars to show off the year’s most exciting films and TV shows, and it’s home to the longest line of humans since Moses led the entire nation of Israel out of Egypt.

This past Comic-Con was no exception, especially when Marvel Studios showcased Avengers: Age of Ultron, set to release May 1st, 2015. You really have to ask yourself – do I want to spend an entire day waiting in a line or actually see the rest of the convention?

So when the guy sitting next to me on the shuttle ride back to the hotel said he had been part of that scrum, I wondered how long he’d waited. He told me he got in line at 2pm. I was surprised. The panel started at 5:15pm and a three hour wait isn’t all that bad. Then he said:

Crazy. He waited for over 27 hours just to see two minutes of footage. So then I had to ask – was it worth it?

With The Avengers franchise racking in over $1.5 billion worldwide, not only was a sequel inevitable, but it instantly became the most highly anticipated Marvel movie. Now, with principal photography wrapped, we’re only eight months away from seeing Age of Ultron in theaters.

When we last left the Avengers, the team had just saved New York from an alien invasion and each member went off on their merry way. The end credit scene revealed the true mastermind behind the invasion to be the cosmic villain Thanos, a revelation that gave many fans hope he’d be the big bad for the sequel. However, that hope was dashed when the full title of the film was announced in 2012 as Avengers: Age of Ultron. 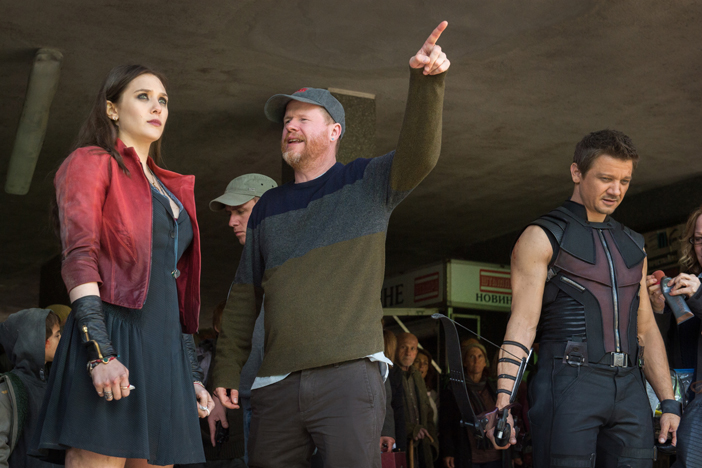 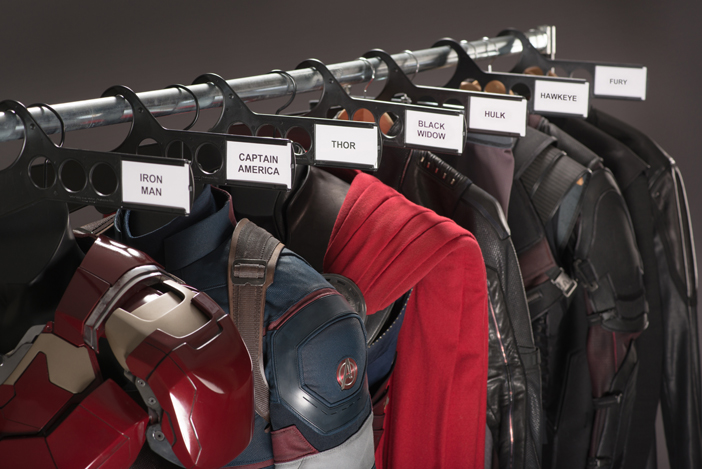 Returning director Joss Whedon addressed the choice to go with Ultron over Thanos in an interview with SFX, explaining that the sequel should be “smaller. More personal. More painful. By being the next thing that should happen to these characters, and not just a rehash of what seemed to work the first time. By having a theme that’s completely fresh and organic to itself.”

Organic may not be the best way to describe the robotic villain, Ultron, but from a story standpoint, it’s apt in how he comes to terrorize Earth’s Mightiest Heroes. Entertainment Weekly revealed that Ultron was actually created by Tony Stark himself.

After the events of The Avengers, Captain America: The Winter Soldier, Thor: The Dark World, and Iron Man 3, our heroes are worn out. So Stark comes up with the idea of creating the Iron Legion, a group of planet-wide law enforcement robots that will take charge of all the world saving and give our heroes a much needed break. Controlling the Iron Legion is an artificial intelligence named Ultron. Unfortunately for the Avengers, Ultron has decided that in order to eliminate crime and terror throughout the world, he must eliminate those with the potential to commit crime and terror… namely, all of humanity.

Fresh from working with James Gunn on Guardians of the Galaxy, cinematographer Ben Davis came in to replace Seamus McGarvey who was forced to drop out due to scheduling conflicts. Jeffery Ford and Lisa Lassek are back as the editing team, and Charles Wood (Thor: The Dark World) comes on the project as the production designer.

The only strike against this movie that we could really make so far is that our new villain is being played by James Spader. Fans are used to seeing Tom Hiddleston as Loki, but if Spader can capture any of the calculating intensity he’s shown on The Blacklist, we’ll be given a worthy alternative.

With Whedon returning as director and screenwriter, with all of the actors back as our avenging heroes, there’s no reason to believe Avengers: Age of Ultron will not match the monster success of The Avengers, both in quality storytelling and box office revenue.

So does that mean one should wait in line for 27 hours to see an Avengers 3 preview next year? For those with busy lives… probably not. But it will be worth waiting to see this movie next May.