It’s the Internet, the place where cats and lists rule. So how about a list of the top eight new network shows you should watch this fall? Why eight? Well, ten is too inclusive. You can toss in a title you’re on the fence about. Eight is solid. Turned clockwise, it’s the symbol for infinity. But what do we mean by network? You know, those channels you still can kind of get for free – ABC, CBS, CW, NBC, and Fox.

There’s a little something for everyone’s I-can’t-believe-summer-is-over couch ride. Superheroes, fresh-faced comedies, dramas with returning TV veterans, Academy Award winners, and something we’d like to call the McG effect. Now on to the alphabetized breakdown.

black-ish – ABC, September 24
Anthony Anderson plays Andre Johnson, a successful black man with an attractive wife and four kids. Despite the lighthearted comedy setting, the narrative asks serious questions about defining a family’s cultural identity in today’s society. As parents, all they want to do is provide the best for their children, but in doing so, they worry it may bring in too much assimilation.

To create the show’s rich look, a naturalistic approach with added saturation was the goal, even referencing material like Pharrell’s music video “Happy.” Mactech fixtures were tapped for the majority of lighting with additional spark from Arri HMIs, tungsten/daylight packages, and Hive’s Drone kit.

If done right, the series could spotlight some important cultural conversations, doing for race relations what Modern Family has done for the issue of marriage equality. 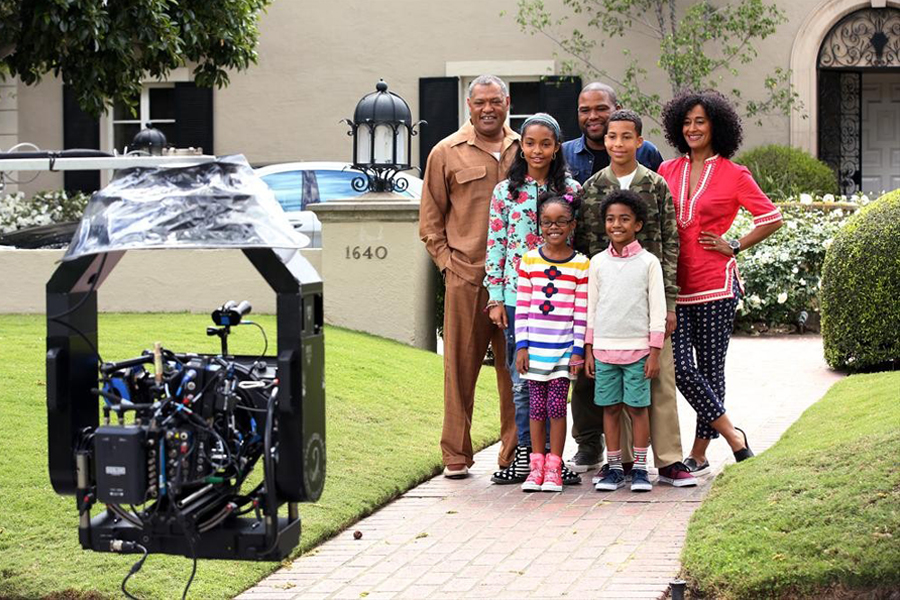 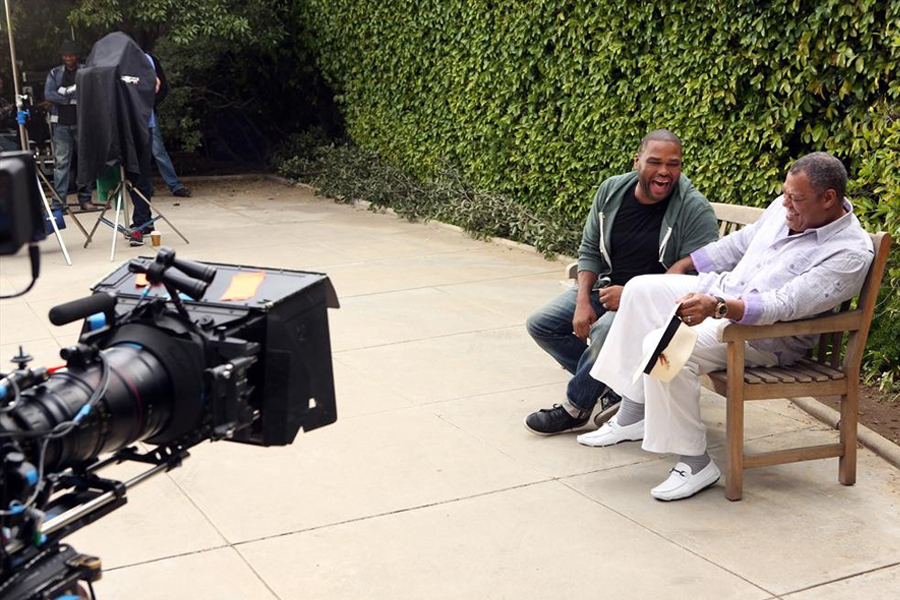 The title should sound familiar, as Keanu Reeves starred in the 2005 film of the same name. But for us, this one looks to be much more promising. We got a sneak peek at Comic-Con, and the story is enriched with compelling realism thanks to visual effects supervisors Kevin Blank and Todd Shifflett.

Also on board crafting the pilot’s imagery and sound were cinematographer Romeo Tirone, editor Avi Youabian, and production mixer Ed White, with Will Riley as supervising sound editor.

The premiere is set for a Friday night, so if you’re going out, be sure to DVR it. 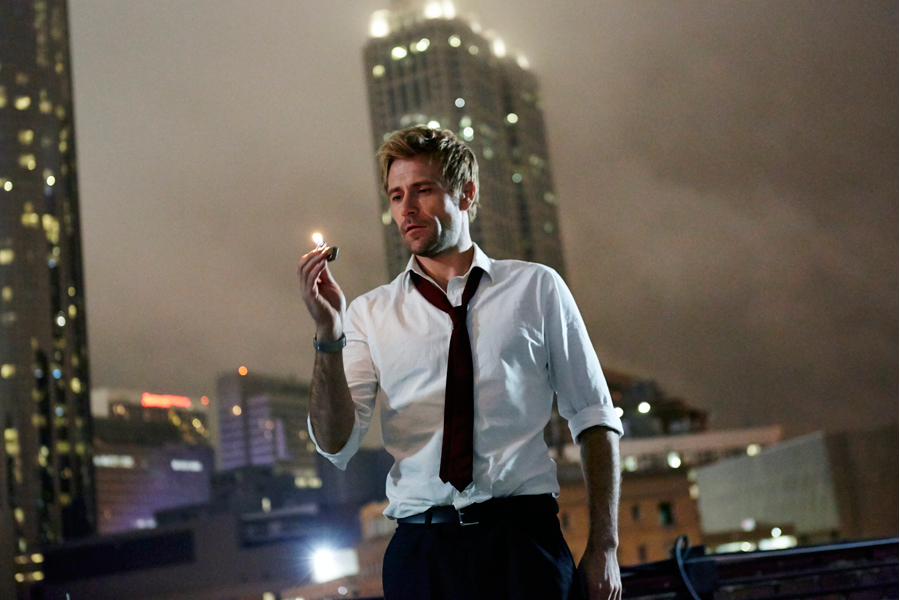 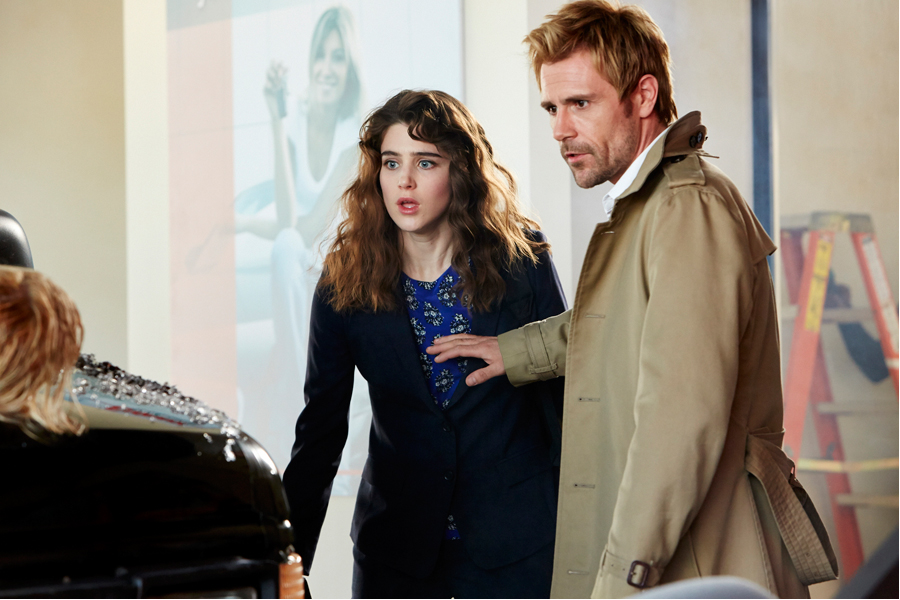 Gotham – Fox, September 22nd
Fox has developed a new narrative from the Batman comics, this time following the back story of Commissioner James Gordon’s (Ben McKenzie) rise through the ranks. Created by Bruno Heller, the pilot has a familiar calling card as one of its focal points – the death of Bruce Wayne’s parents. But the acting is what makes this series look promising. It’s exceptional.

While the series leans more towards a detective storytelling point of view, which necessarily isn’t a bad thing, the premiere does have its visual effects-laden moments where Tom Mahoney stepped in as supervisor. Sound mixer Justin Gray was also on board recording the audio on a Sound Devices 788T with an Audio Developments AD255 mixer. On the radio side, Lectrosonics wireless were coupled with Sanken COS-11Ds, Countryman B6s, and Sonotrims lavs, with Schoeps MK 41 and CMIT-5U for the booms.

Look for this series to pick up momentum after a few episodes. 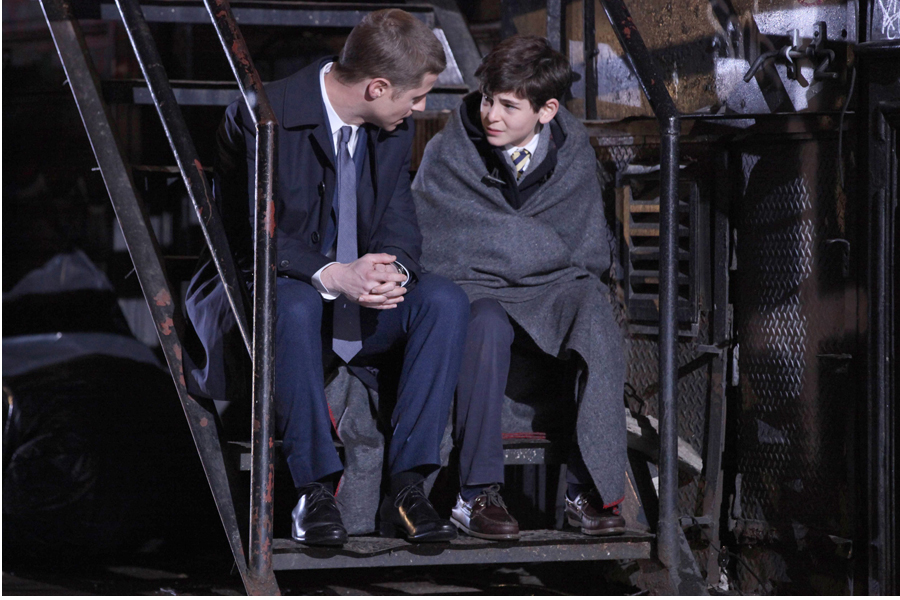 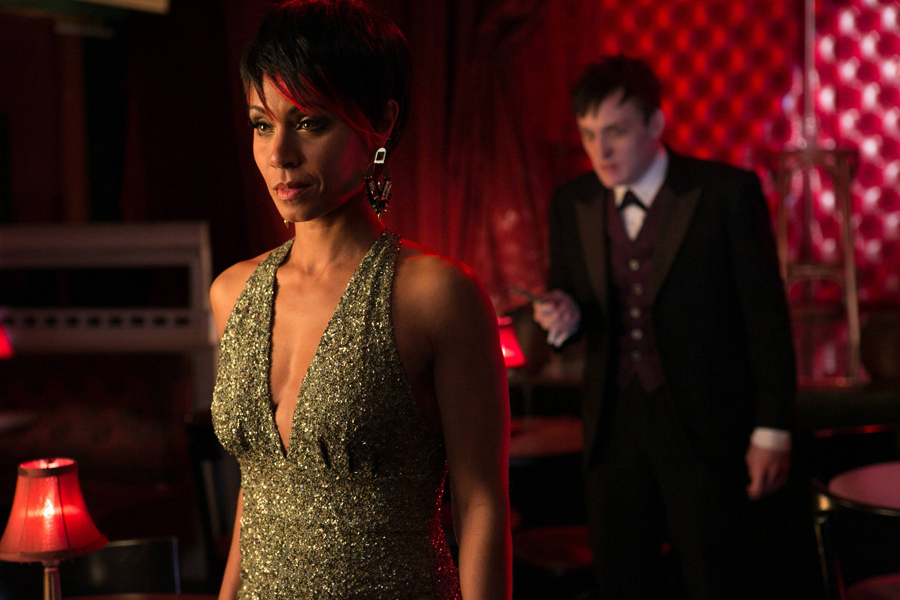 How to Get Away with Murder – ABC, September 25th
Is it possible for ABC not to include a new Shonda Rhimes drama in their new fall schedule? Most likely not. Her overall deal with the studio lasts until 2018, and there’s a reason, the shows she puts out are well done. Ever since her Grey’s Anatomy hit, she’s found TV time slots with Private Practice and the very popular Scandal.

HTGAWM (touché, HIMYM) has Academy Award nominee Viola Davis (The Help) playing Professor Annalise Keating, a defense attorney who represents the most violent criminals – and she’ll do nearly anything to win them their freedom.

Cinematographer Jeff Jur worked alongside director Michael Offer, with editor Matt Ramsey cutting the pace. Recording Viola’s commanding dialogue was production mixer John Gooch. The narrative definitely demands your attention, and the series will certainly deserve every piece of it as long as the producers continue to embrace the strong presence of Viola as an actor. 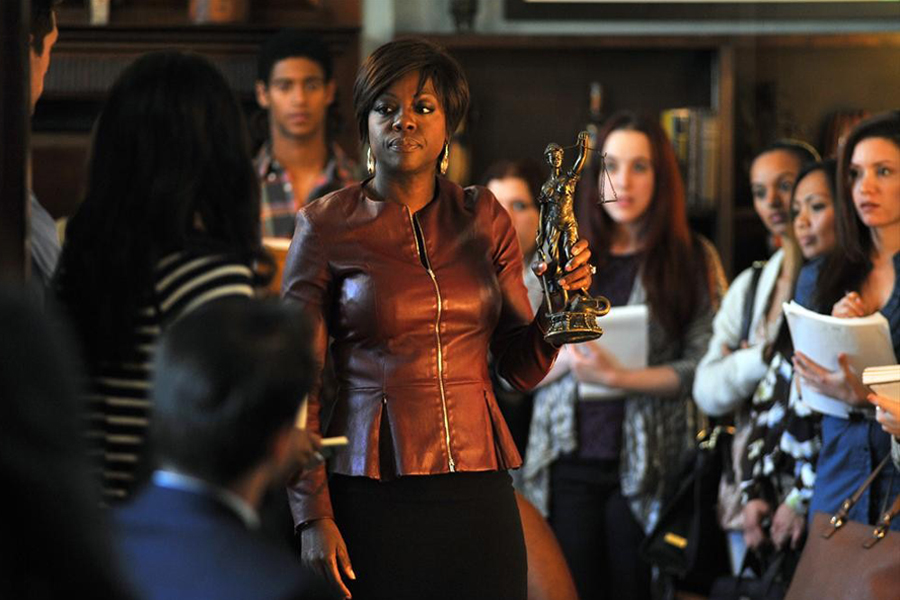 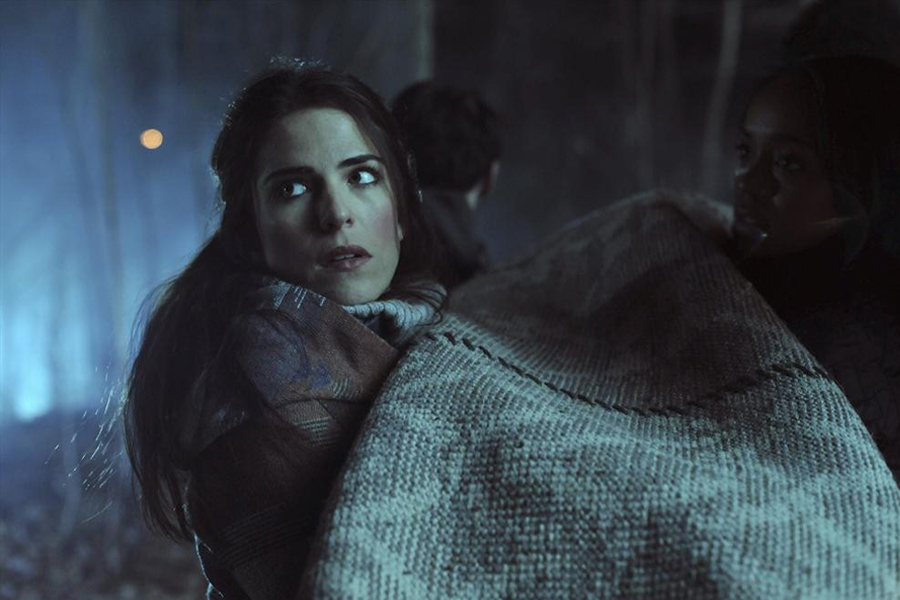 Red Band Society – Fox, September 17th
Margaret Nagle wrote this touching story featuring another Academy Award recognized actor, Octavia Spencer (The Help). Set in the pediatric ward of a hospital, the show focuses on a group of young teenagers and staff members who become more akin to mentors and teachers rather than just scrubs with clipboards. The hospital is “high school, boarding school, and summer camp rolled into one.”

Alfonso Gomez-Rejon directed the pilot. It’s narrated by twelve-year-old Charlie (Griffin Gluck) who is in a coma but can still hear what’s going on around him. Recording the production audio was Aron Siegel who used two Sound Devices 788Ts with the CL-9 control surface. For overhead mics, Sennheiser MKH 50s captured the interior work and Neumann KMR-82s did the same for the exteriors. Lectrosonics SMV and SMQV were transmitted to a Venue system lav’d with Sanken COS-11Ds.

Cinematographer Vanja Cernjul and his crew used the Arri Alexa to lens the show while editor David Moritz put together a story that will make you laugh just as much as it will make you cry. 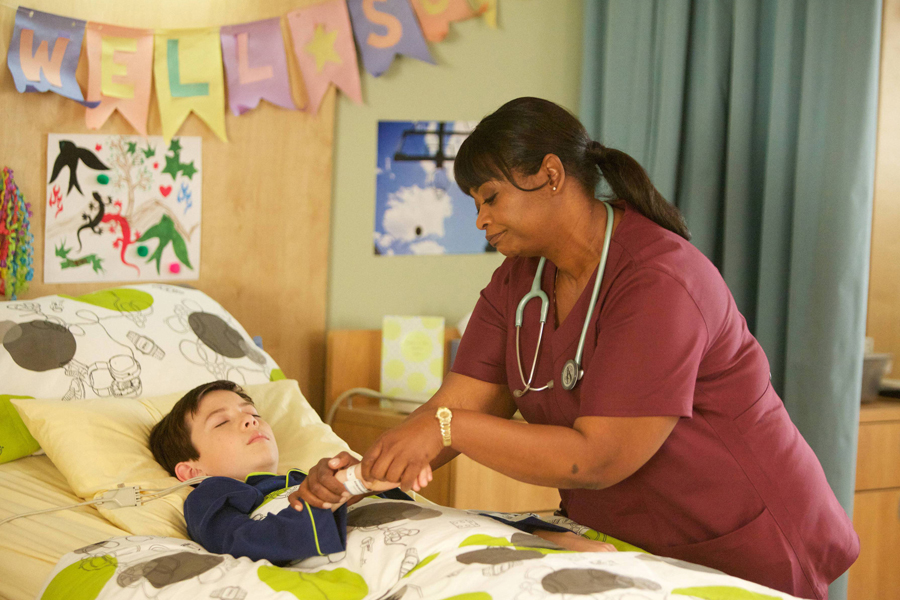 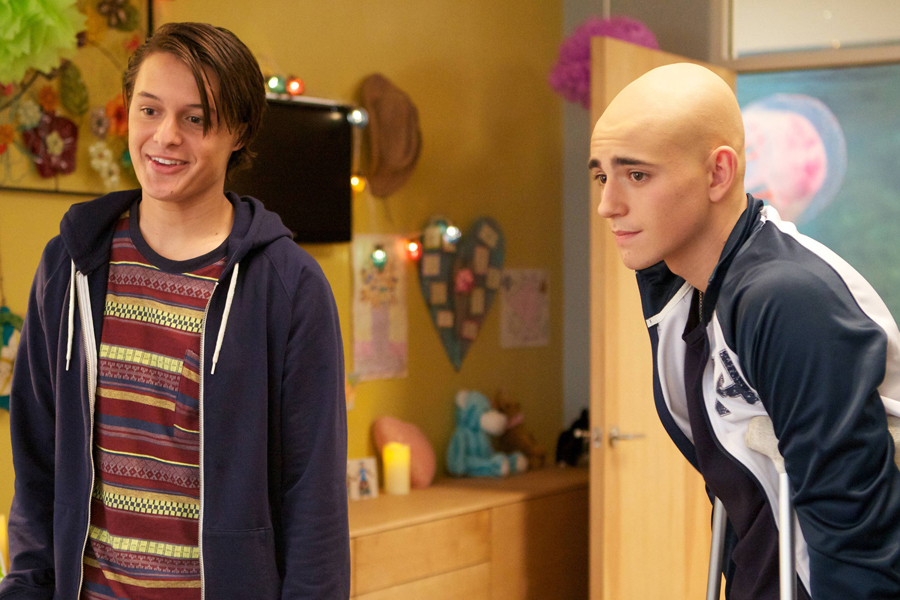 The show is what would happen if Veep and Homeland had a baby, featuring serious storylines that could easily be on our nightly news, peppered with humorous and quick-witted dialogue.

Cinematographer Jonathan Brown did a fantastic job creating a realistic backdrop. The production sound was captured by Thomas Varga, with editors Elena Maganini and Michael Ornstein putting it all together.

Even if you don’t find yourself turning on CBS all that often, this show is worth the watch. 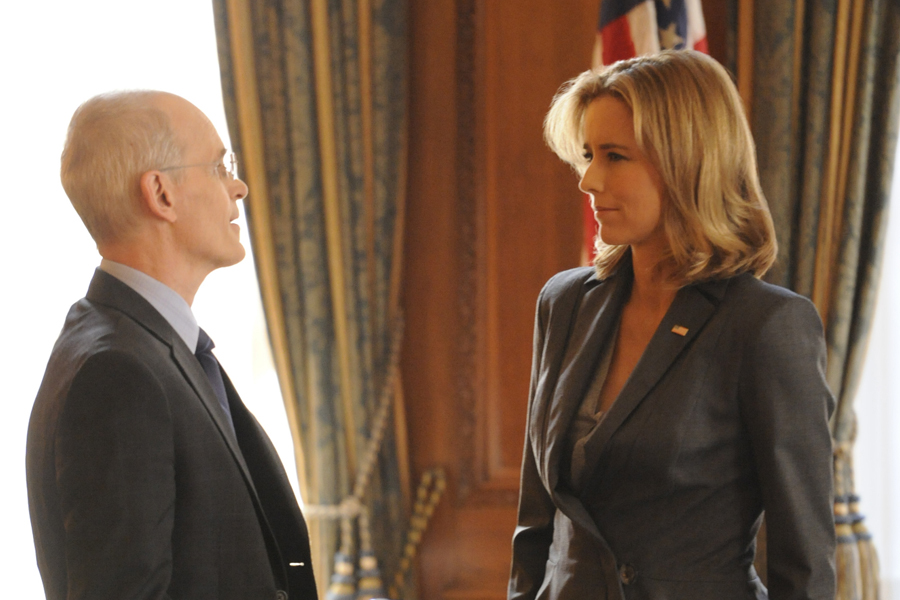 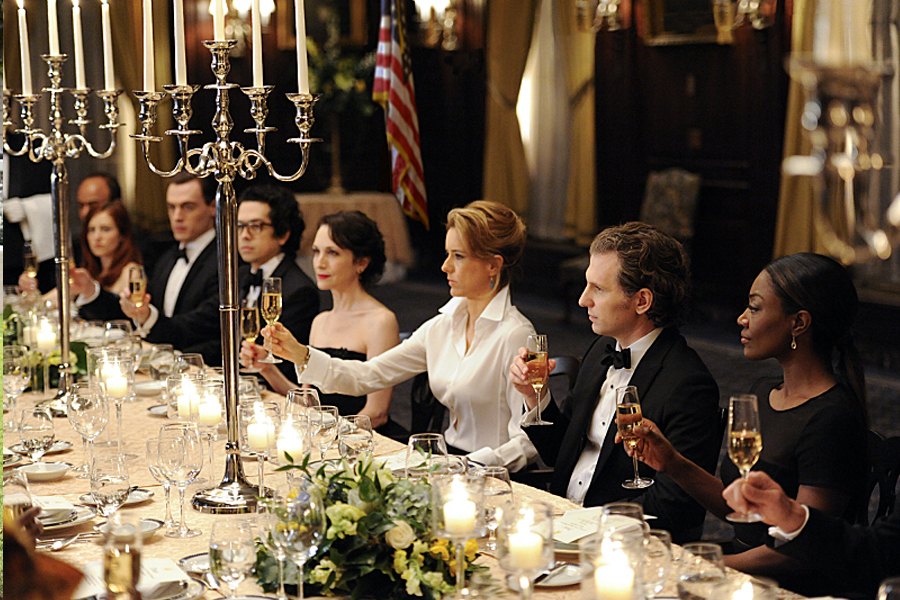 The Flash – CW, October 7th
Arrow creators Greg Berlanti and Andrew Kreisberg are back as CW looks to light viewers up with The Flash. Directed by David Nutter and Jesse Warn, this superhero tale centers on Barry Allen (Grant Gustin), who after a freak storm accident during an unveiling of a cutting edge particle accelerator, gets struck by lightning and is forever changed. After nine months in a coma, the accident gives him super speed which he uses to become a protector of the city.

Fans should love the impressive cinematography work done by Glen Winter. The same could be said for the visual effects which has Barry cloaked in a cool-looking ring of fire as he zips past us on screen. The costume design by Farnaz Khaki-Sadigh definitely has been a topic of conversation among fans. The dark crimson color with body-hugging leather material – influenced from DC’s new 52 comic series is evident.

If The Flash becomes a success, the CW could create a DC superhero franchise with possible crossovers right on our television. 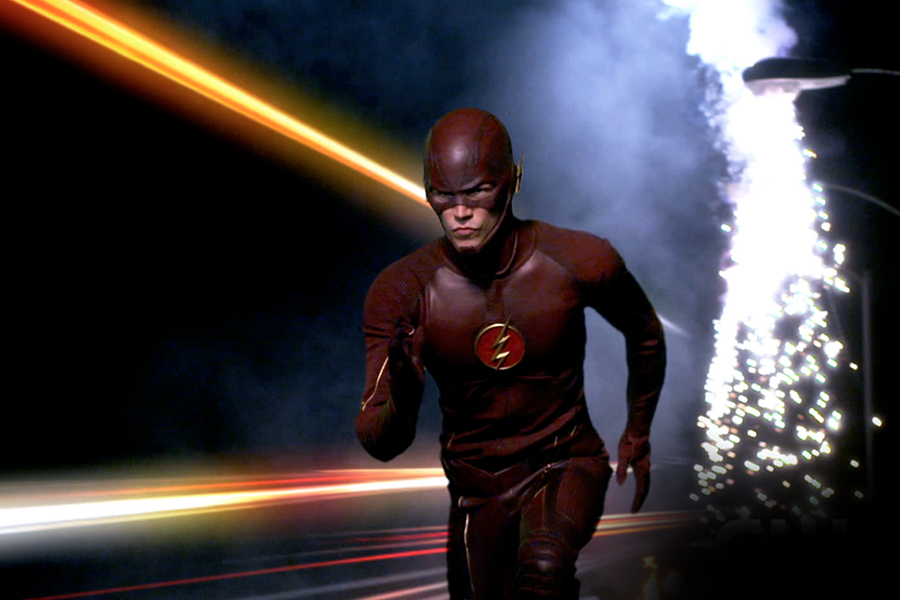 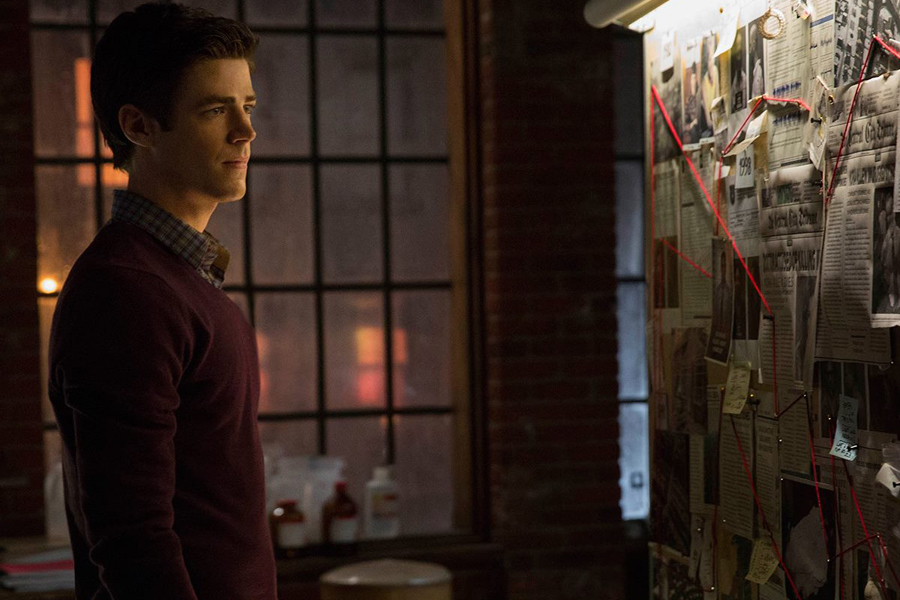 The Mysteries of Laura – NBC, September 24th
Oh snap, it’s the McG effect. What is it? It’s nothing really. Just McG doing his directing thing on a new show. You know the guy. Producer of Nikita, The O.C., Chuck, and Supernatural. This time, McG he has his hands in a Jeff Rake project with Debra Messing (Will & Grace) as the lead. She stars as Laura Diamond, an Erin Brockovich type heroine who, instead of taking down environmental corporate degenerates, is a homicide detective for the NYPD.

The balancing act that is her life is motivation enough to watch. She’s a single mom of twin boys and her detective ex-husband is in line to become her next boss. The narrative puts a new hook to the modern working mother, with cinematographer Robert Gantz and his crew opting for a naturalistic pen via the Arri Alexa and Angenieux Zooms.

The series should grab the audience’s attention if it manages to find a stellar line between drama and comedy. 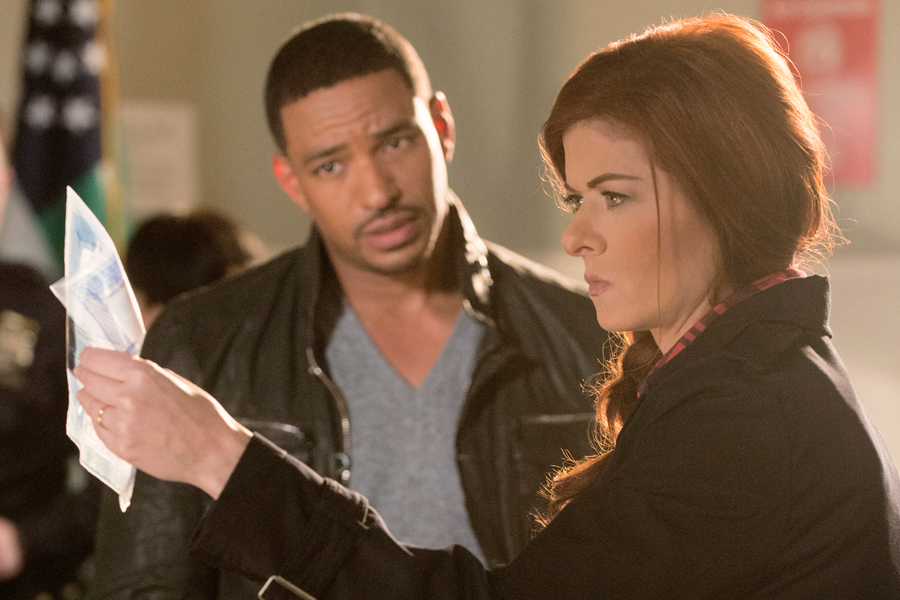 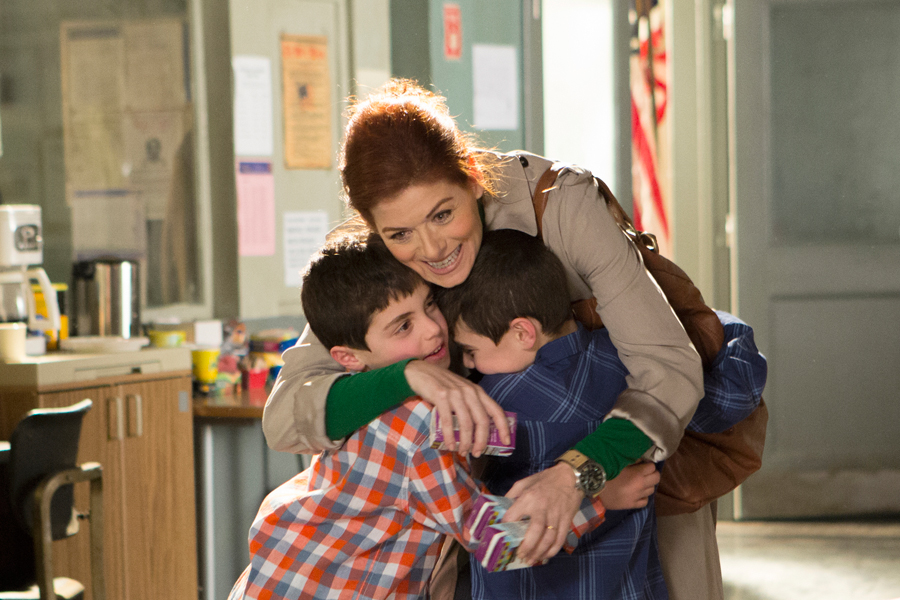