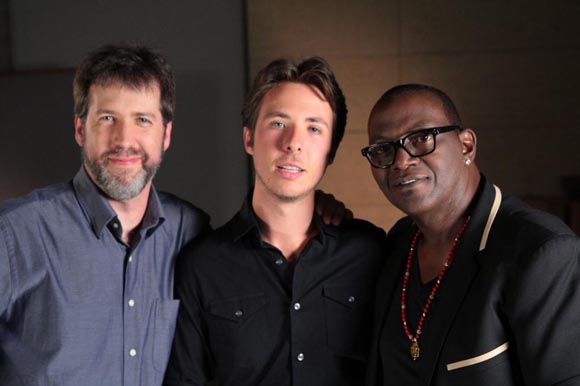 The videos are the first time that either artist, who have served jointly and separately as judges on ‘American Idol,’ has promoted a musical instrument line on television. The Randy Jackson Limited Edition 19-piece guitar collection includes a handcrafted guitar, amplifier and semi-hard case along with the ‘Play Guitar Now’ lesson DVD. The Urban Guitar Collection includes an acoustic and an acoustic/electric version of the Phoenix Edition guitar (available in a variety of finishes) along with two one-hour instructional DVDs. Both productions are meant to offer an affordable line of guitars to as many aspiring musicians as possible, as well as to those just starting out with guitar.

ACIEM Studios CEO and executive producer Brian Brodeur produced and directed Keith Urban’s sessions at The Castle Recording Studio in Franklin, Tennessee in July, 2012. The DVC Pro HD sessions were shot over two days, with rough cuts produced in one week. Urban was in-studio, solo, doing two one-hour instructional sessions. Brodeur and his team then captured Randy Jackson, and guitarist Scott Goldbaum in the SSL3 Room at the Record Plant in Los Angeles the week after capturing Urban. Goldbaum provided the instructional playing, with Jackson providing tips and advice. The Urban Guitar Collection can be found at http://www.hsn.com/shop/urban-guitar-collection/11385 and the Randy Jackson Guitar Collection can be found at http://www.hsn.com/products/randy-jackson-diamond-edition-electric-guitar/6882426.

“World-class musical artists come alive in studio settings, where they can reveal their love of music, and we were thrilled to have captured the essence of both Keith Urban and Randy Jackson in these instructional guitar video sessions for HSN,” said Brodeur. “The idea of a private, intimate lesson with both Keith Urban and Randy Jackson for aspiring guitarists is something special, and we were pleased to be part of a signature moment for HSN’s musical instrument sales program.”

Brodeur has a long history of producing instructional DVDs, including titles released by Alfred Publishing, Music Sales International, Hal Leonard Publishing, and Carl Fischer. Most notably, Brodeur and his team have provided production and mastering for dozens of titles for Hudson Music, including instructional DVDs with Neil Peart; Mike Portnoy; Dave Weckl, and Steve Gadd, among others. Brodeur was awarded the ‘Excellence in Music DVD’ award from the DVD Association for his work on Neil Peart’s ‘Anatomy of a Drum Solo’ DVD.